Posted by Anika Goldner on
·  No Comments

Anika Goldner is the current Volunteer and Education AmeriCorps at CNLM. This season she’s been working with the Wild Seed Collection Volunteers and at the CNLM seed farm.

Meredith Rafferty is a volunteer seed collector and photographer.

In partnership with CNLM’s seed farm a wild seed collection team ventures into the prairies every spring and summer to gather seeds and scout for rare plant populations. The collected seeds are brought back to the farm and cleaned. Some of them go directly to plug production, some are planted at the farm to add genetic diversity to the crops already growing there, and some are for establishing new seed banks. 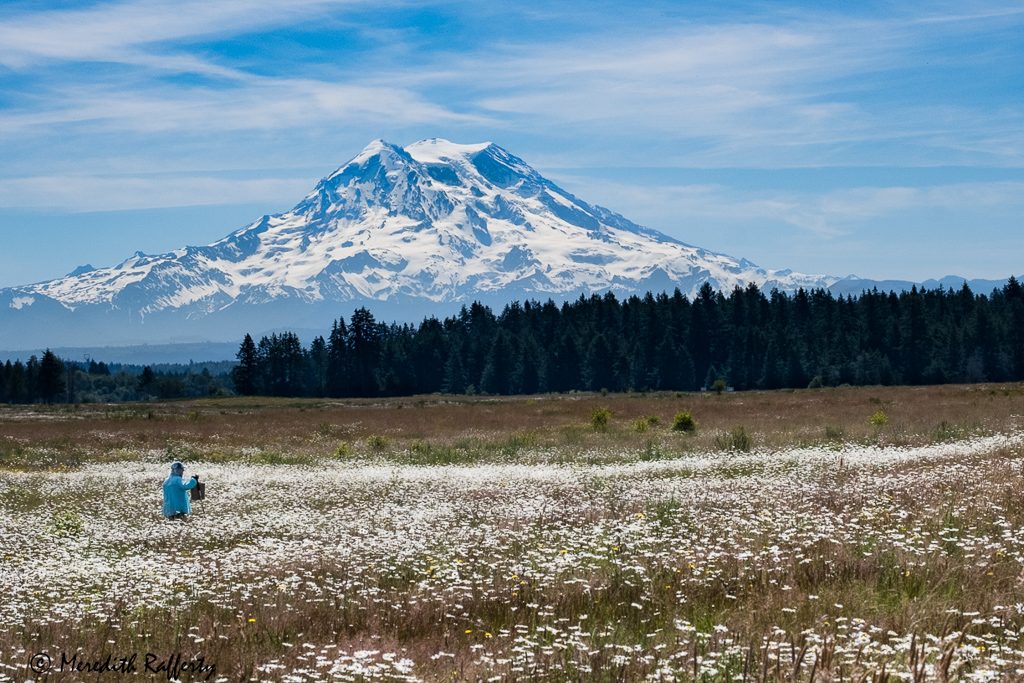 Rainier from the Prairies. Photo by Meredith Rafferty

At the farm seeds are collected from the same beds and rows of plants year after year, while these seeds are not babied the way one may tend and fertilize a crop of tomatoes, their lives at the farm are easier than life in the wild. Weeded and occasionally watered, the beds of plants don’t have to compete with the weeds that would shade them out, take their nutrients, or release hormones to suppress their growth. Collecting from the farm year after year to reseed restoration areas would be providing seeds that may not be the most adapted to thrive in the wild. This is why collecting wild seeds to add genetic diversity to the crops growing at the farm is required. 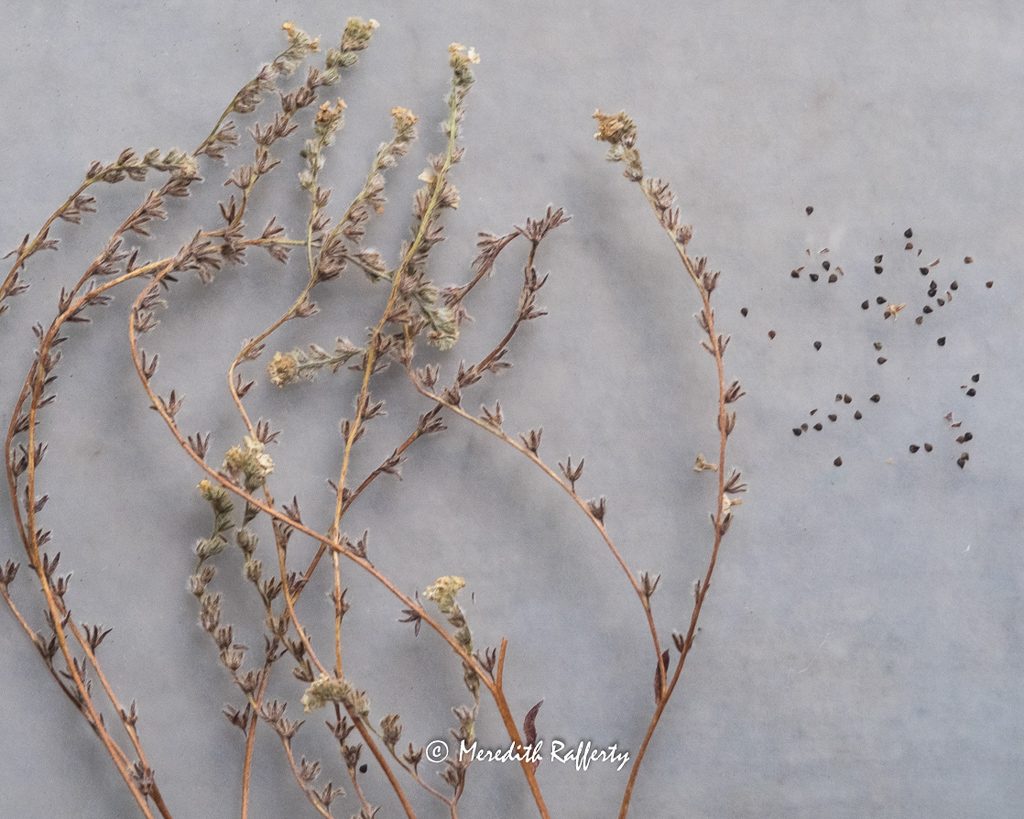 When collecting seeds from wild populations we need to harvest ethically.
We do not want to take seeds in a way that will damage the presence of the plants on the prairies. Some plants are easy to not over-harvest; violets are often seen with seedpods at all stages of ripeness. A healthy violet plant might have a few stems that have already released seeds, a few blooming flowers and a few pods that are mature but have not yet burst. With these plants we can take the mature pods knowing that this plant has already distributed some seeds to the prairie and has more to contribute. 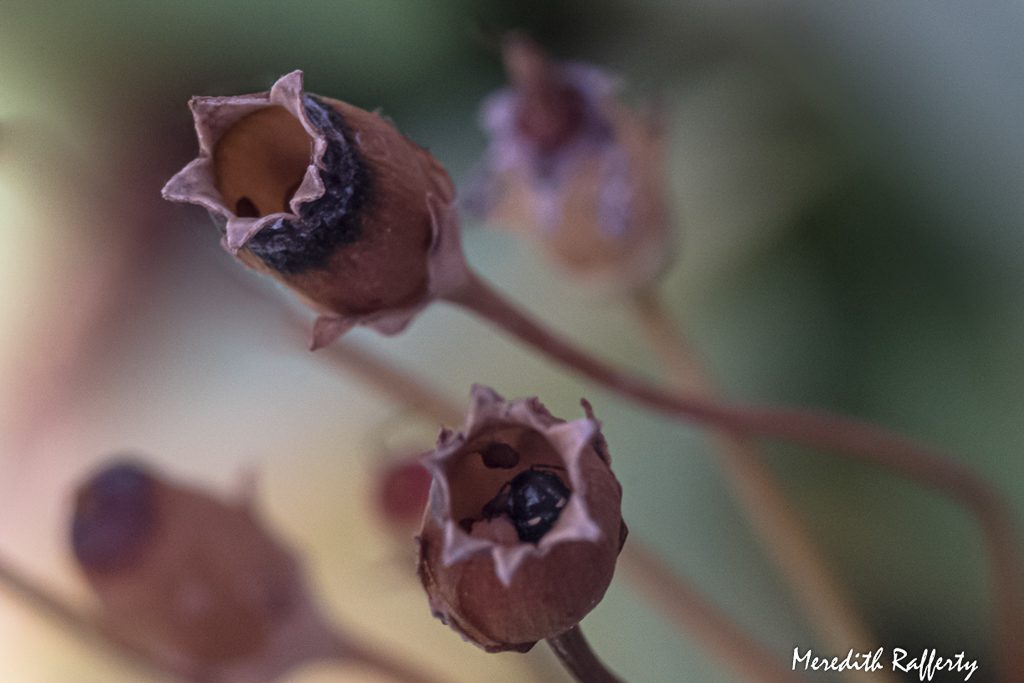 Bug inside a seedpod. Photo by Meredith Rafferty

Other plants require the harvesters to collect with more intention. When we collect from rare plant populations, especially the ones that hold onto their seeds, getting a count on the number of plants seen and collecting only 10% of the population is required. One collection day we spent the entire day getting a count on all the golden paintbrush plants, including how many flowering stems and seed pods were seen on the entire prairie. On this day we didn’t harvest any seeds because we need to make sure we can harvest without impacting the health of the population. After analysis, a group of people may be able to use the numbers and the GPS location of all the plants to collect a small amount of seeds from the most densely populated areas. 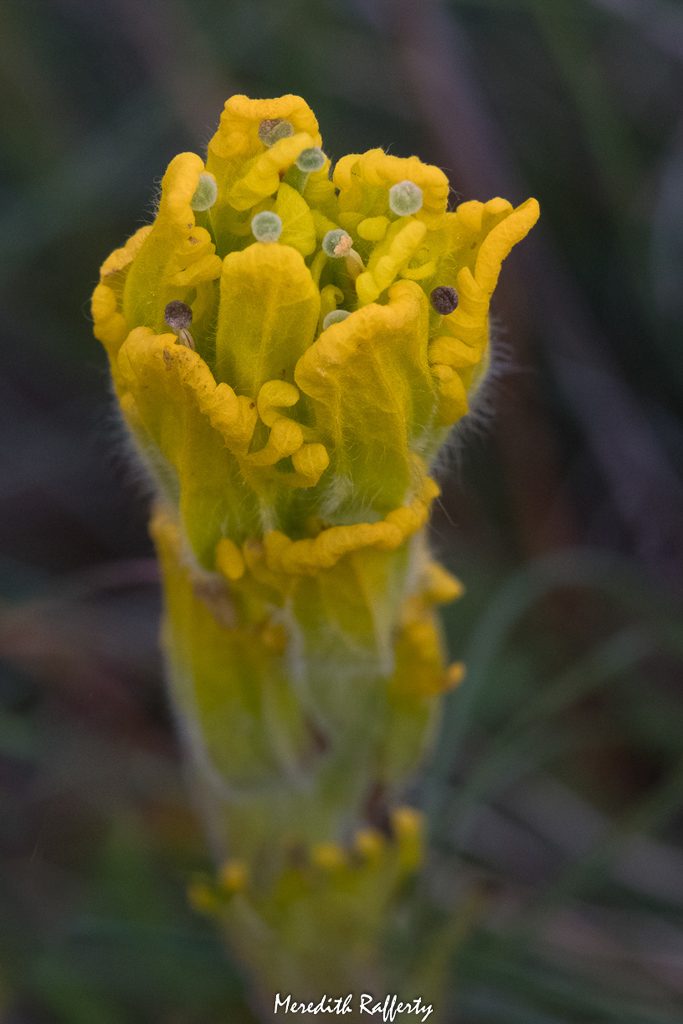 Even on the days when only a small amount of seed is collected, we are still contributing to the growth of plant populations. When I walk across the fields to get from data point to data point I hold my clippers and cut down all the tansy that comes into my path. When I snooded a lupine, small seeds were flung into the air some were caught in the cuffs of my pants. I discovered them at lunch and placed them into a small patch of dirt on the side of the road. All of the seed collectors do these little acts of prairie love. Some pull up invasive plants, some decide that the small amount of seed they’ve collected isn’t enough to bring back and dump it back out into the dirt, moving native plants a little bit father than the plants would have managed themselves. Even just walking through the prairie we can hear the camas rattle as we knock them over and they release seeds. 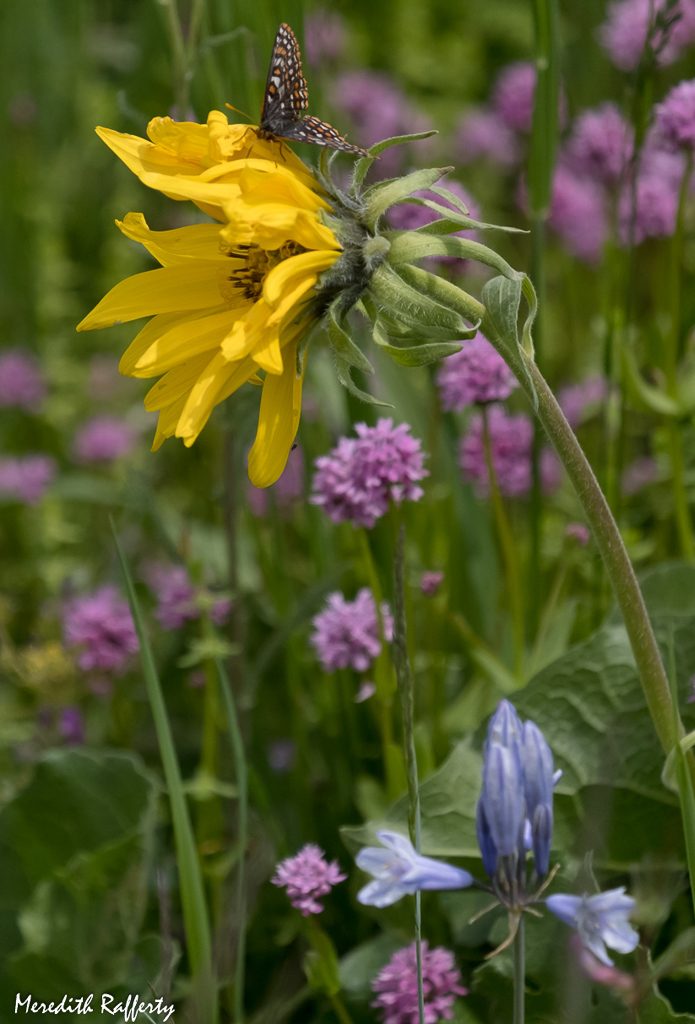 Talyor’s Checkerspot on a balsamroot flower. Photo by Meredith Rafferty