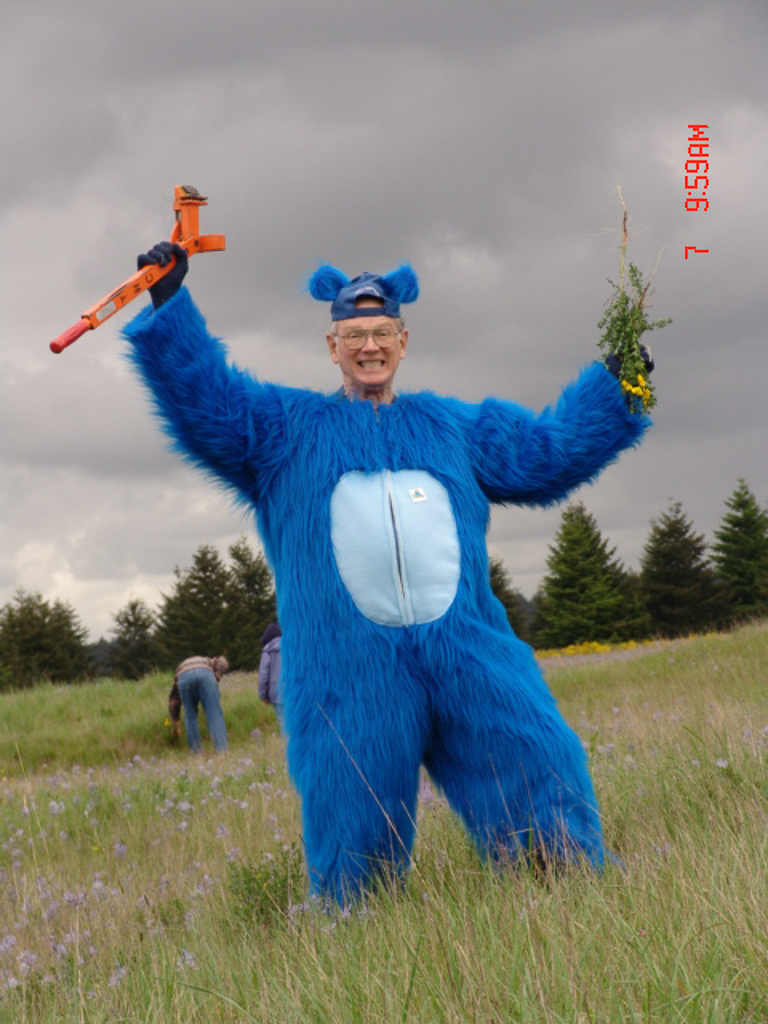 Cliff Snyder, aka The Big Blue Gopher, passed away on April 22nd.  He was a long time member of the Second Saturday volunteer crew, a founding member of the Tuesday volunteer crew, a tireless killer of Scotch Broom, switching to a brush cutter when he became unable to get up from a kneeling position.  And a stalwart member of the small group of oak release volunteers on Glacial Heritage.  In addition to those activities, he was a long time volunteer steward at Mima Mounds, helping to restore it and talking to countless visitors over the years.  We will miss him dearly. 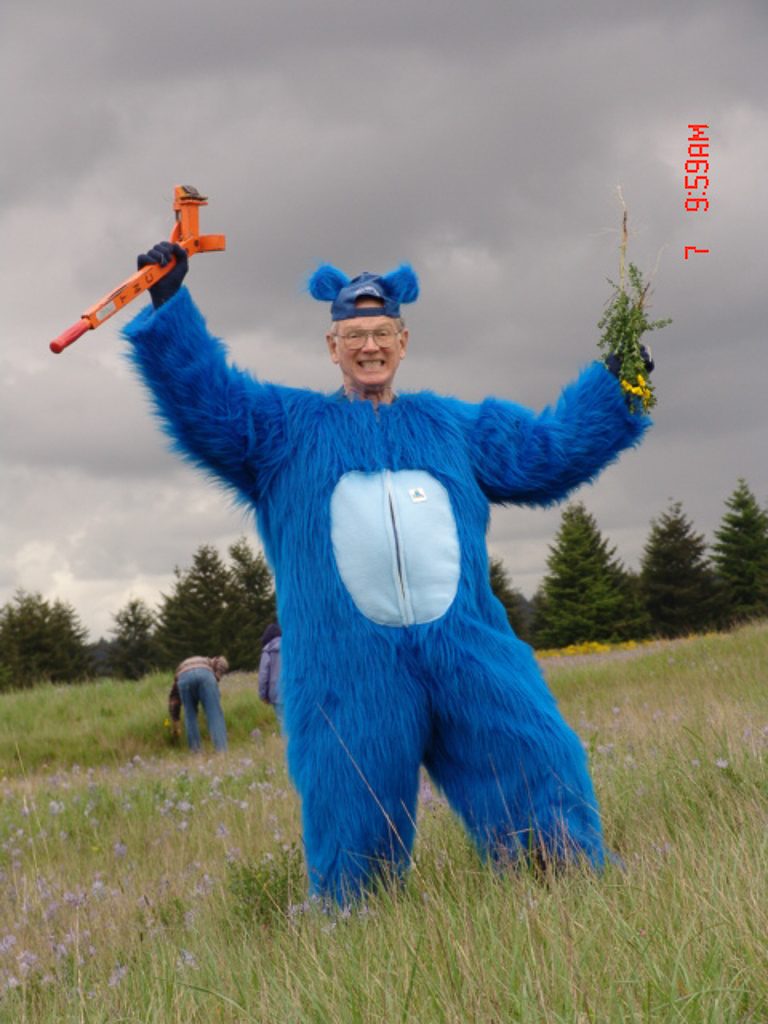 Cliff Snyder, who always loves a good story, used to tell people the mounds were made by prehistoric Blue Gophers. I jokingly suggested we make him dress up like one for PAD. Marion Jarisch took me seriously and made him the suit and he wore it every PAD for years. Photo by Margaret Allen

There will be a remembrance by fellow volunteers and other people involved in South Sound prairie restoration following Prairie Appreciation Day on May 14th.