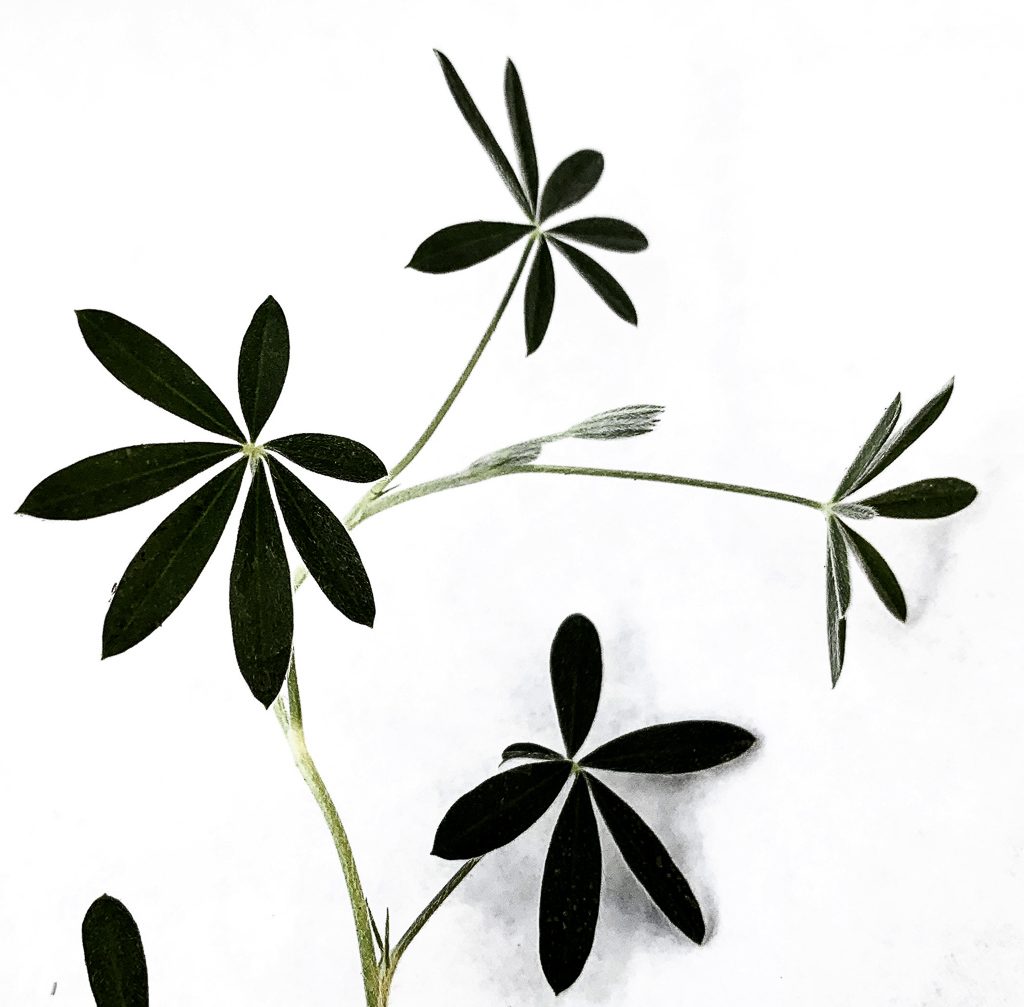 The typical palmate leaf pattern of the Lupines, photo by Kelsey King

If you have visited a South Sound prairie lately, you have probably seen blooms of purple-blue peeking over the top of grass. These flowers are probably lupine, which is a leguminous plant with distinctly palmate leaves (a leaf split into multiple lobes or fingers). There are three species of lupine most common in the South Sound prairies, with many more present throughout Washington. The biggest, and most bush like species, is sickle-keeled lupine (Lupinus albicaulis). This lupine is one of the most distinct species because it has prominent keels, part of the flower that is shaped like an upward pointing thorn, that stick out prominently after the flower has been visited by bees. This trait, along with the height of the flowers (up to 3 ft), will help you distinguish it from many lupines without having to dig out a field guide. 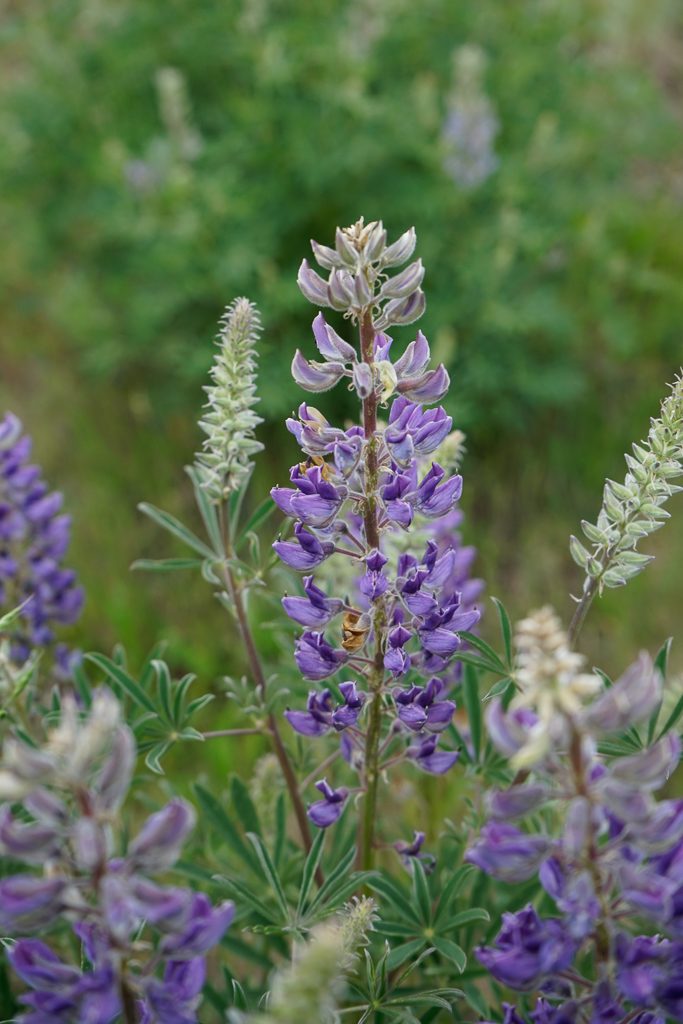 Sickle-keeled lupine is a host to many arthropods. It is a favorite of bumblebees to pollinate and a nectar source and host plant for some blue butterflies including the Silvery blue (Glaucopsyche lygdamus) and the Puget blue (Icaricia icarioides blackmorei). Silvery blue caterpillars consume the flowers, while Puget blues consume the leaves, which is part of the ecological phenomenon known as resource partitioning. Resource partitioning is when multiple species use the same resource, say a lupine plant, but consume separate parts of the plant and therefore they do not compete so heavily for their food! 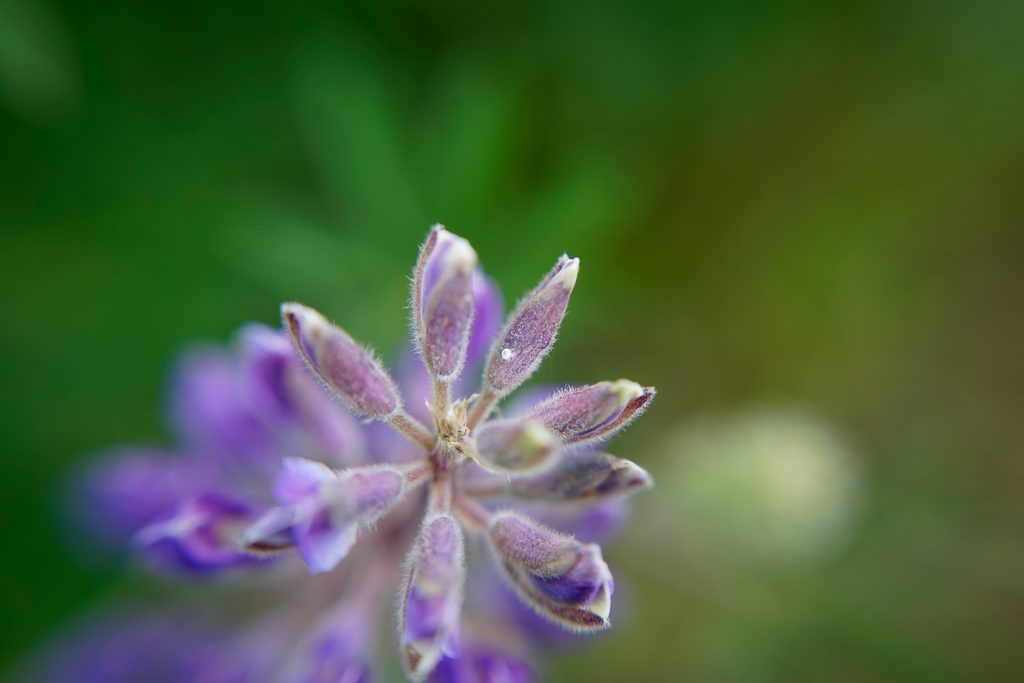 The other two lupines on the prairies are small and low to the ground, often not taller than the surrounding grass. Bicolored lupine (Lupinus bicolor) is an annual lupine that typically flowers a few weeks before our other lupines start to flower. It grows in dry areas and has sharply contrasting flower petals in white and blue/purple, which is why we call it bicolored lupine. This lupine is used by smaller bees than you might see on sickle-keeled lupine, and there are typically only a few flowers on each raceme. When the plant is not flowering you might mistake it for a plant in the carrot family until you look closer. 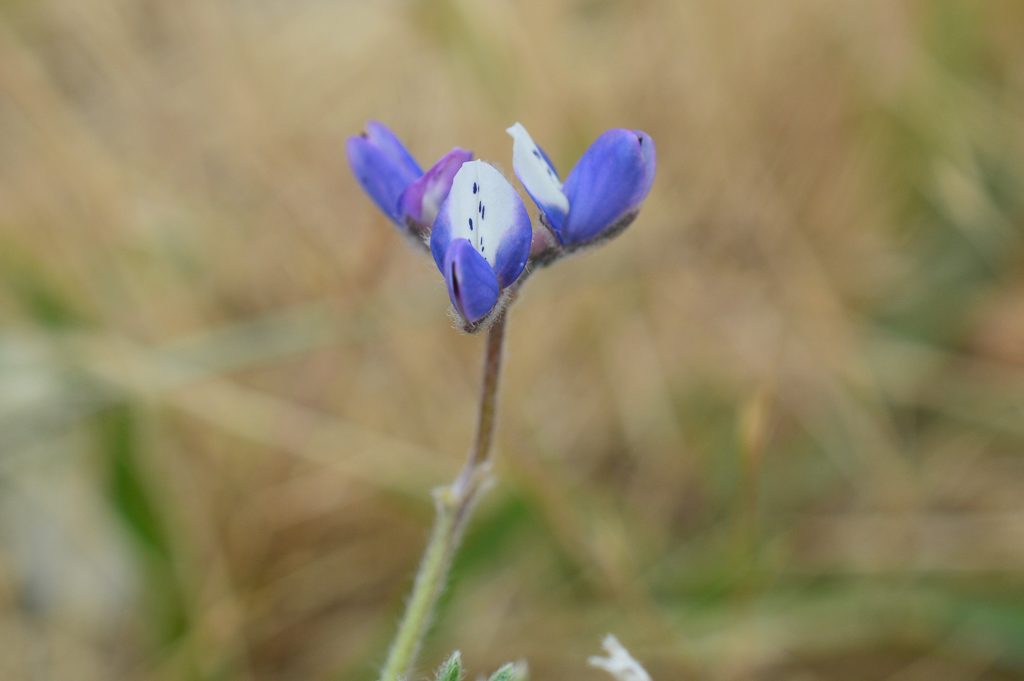 Our final lupine is an amazing plant found in areas that have been recently disturbed. Pacific lupine, prairie lupine, or dwarf lupine are all names for this lupine (Lupinus lepidus), commonly found in grasslands after rockslides, severe wildfire, or as one of the first plants on the pumice plain after the Mt. St. Helens eruption. Historically, you can imagine this plant as one of the first plants to appear after the Cascades volcanoes erupt and create new peaks valleys, and pumice plains. The unique nature of legumes as nitrogen-fixers makes them perfect facilitators. Facilitators are those species that make the place they are found more hospitable for other species. Prairie lupine does this by creating the first leaf litter as a base to the soil and fixing nitrogen, which gets released into this newly created soil. Nitrogen-fixing plants partner with bacteria to take nitrogen gas out of the air and use it to grow. This allows the plants to add nitrogen to soil that is very poor in nitrogen, which over time makes the habitat hospitable for other plants. 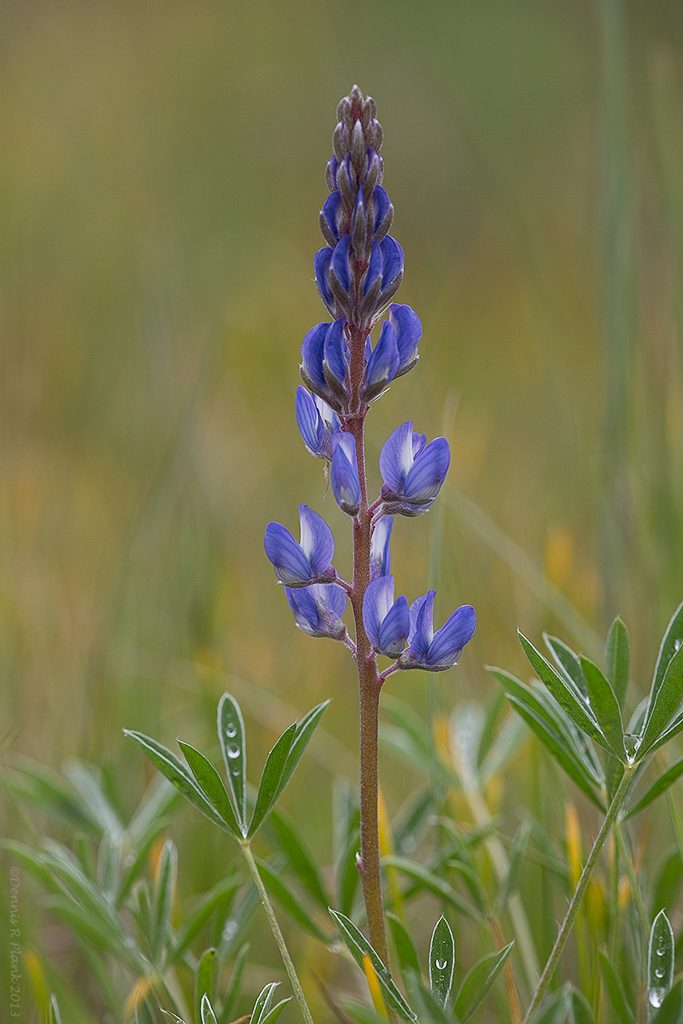 These three lupines of the South Sound prairies are pops of color on the prairie, but also important components of the ecosystem. You can find all three of these in the same prairie, but each might be abundant in different locations. The native insects often rely heavily on lupine for pollen or other resources as these lupines can sometimes stay very abundant even when there is a high invasive species component in the prairie; generally, this leads to native plants being pushed out. However, the invasive plant Scotchbroom (Cytisus scoparius) is especially harmful to lupine dominated prairies as this plant disrupts the microbial community lupines rely on and may also alter the nitrogen cycle into one that favors the non-native plants. Prescribed burns are one of the tools often used to promote lupine and native plants. Watch for new posts soon to learn more about prescribed burns and other land management! 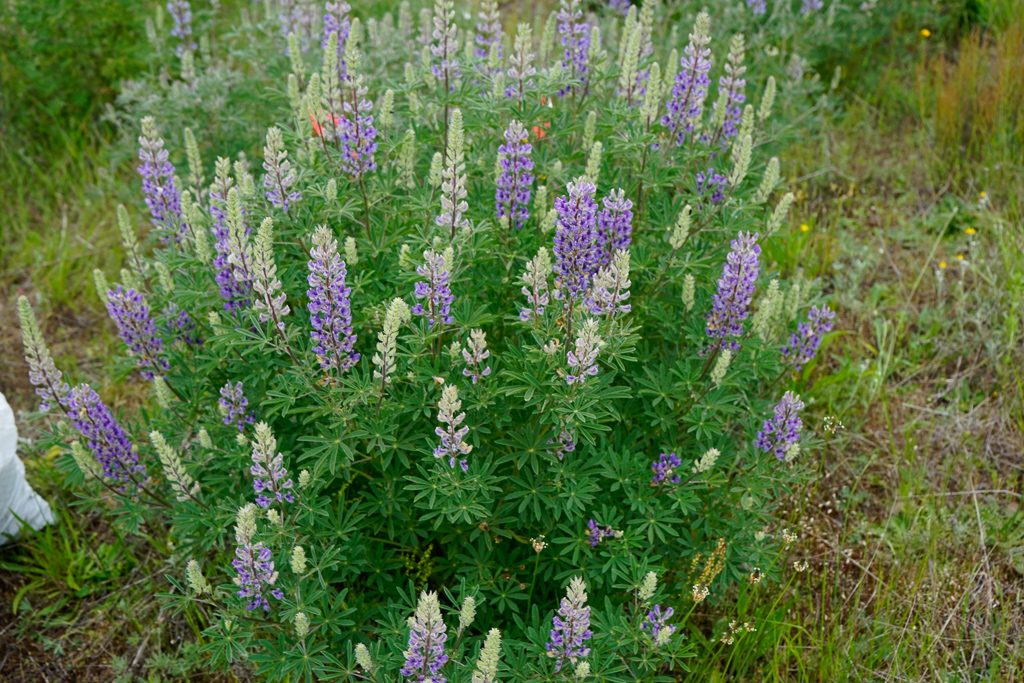 Sickle-keeled Lupine in all its glory, photo by Kelsey King