It’s been quite some time since I gave the status of the birds that inhabit the prairies of the South Sound and I certainly don’t know what’s going on with all of them, but I can cover some of the more local ones that we see more or less regularly.

The pair of Western Bluebirds that nested in a box on our property fledged their first brood on May 23rd. We watched one come out and a second kept everyone in suspense until we gave up. However, they were all out the next morning. We’re not positive, but they fledged either 3 or 4 young which are now coming in with the adults, but still being fed by them. That won’t last long as the adult female has been carrying new nesting material to the box for the last three days. 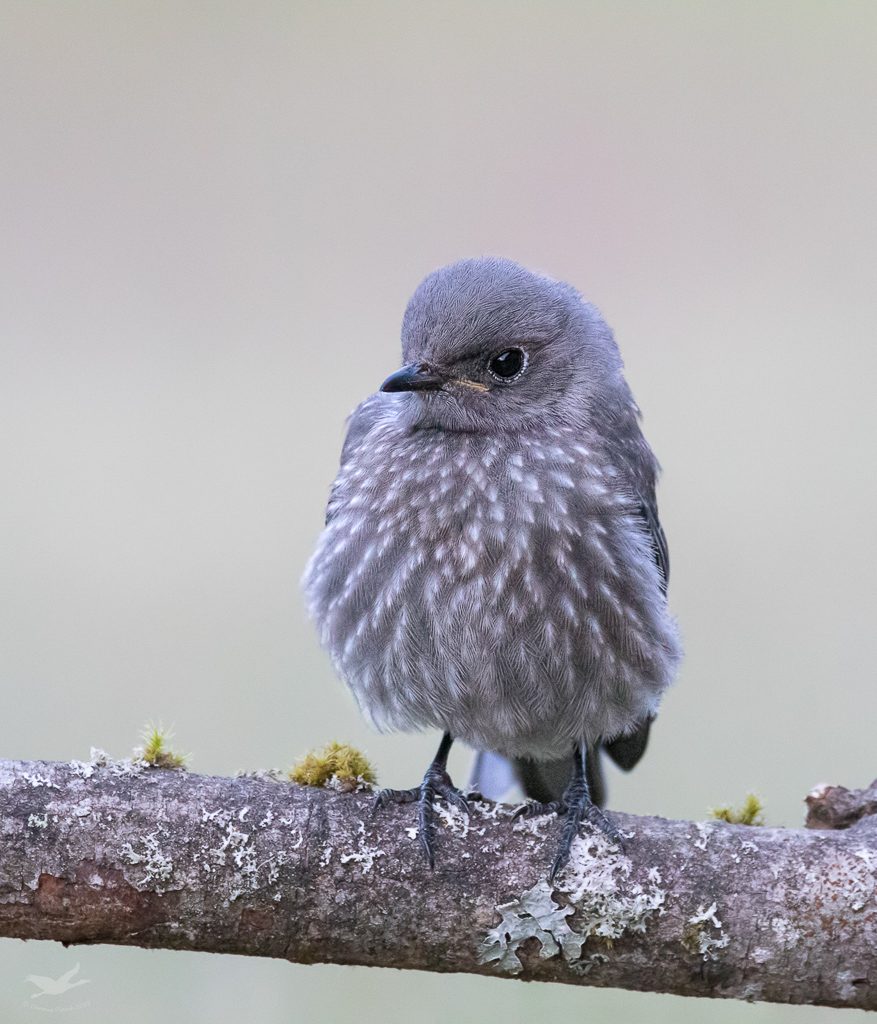 A fledgling Western Bluebird from last year. This year’s haven’t been as cooperative thus far. Photo by Dennis Plank

Evening Grosbeaks showed up that same day in a group of about half a dozen and one pair seems to have stayed on. There are also two male Black-headed Grosbeaks coming to our feeder station and at least one female-I suspect there are two of those as well, but haven’t seen them together.

Cedar Waxwings have been popping in now and then to take a quick bath. I had one in point blank range of my camera a few days ago and then through a glitch managed to accidentally delete the files before I downloaded them. 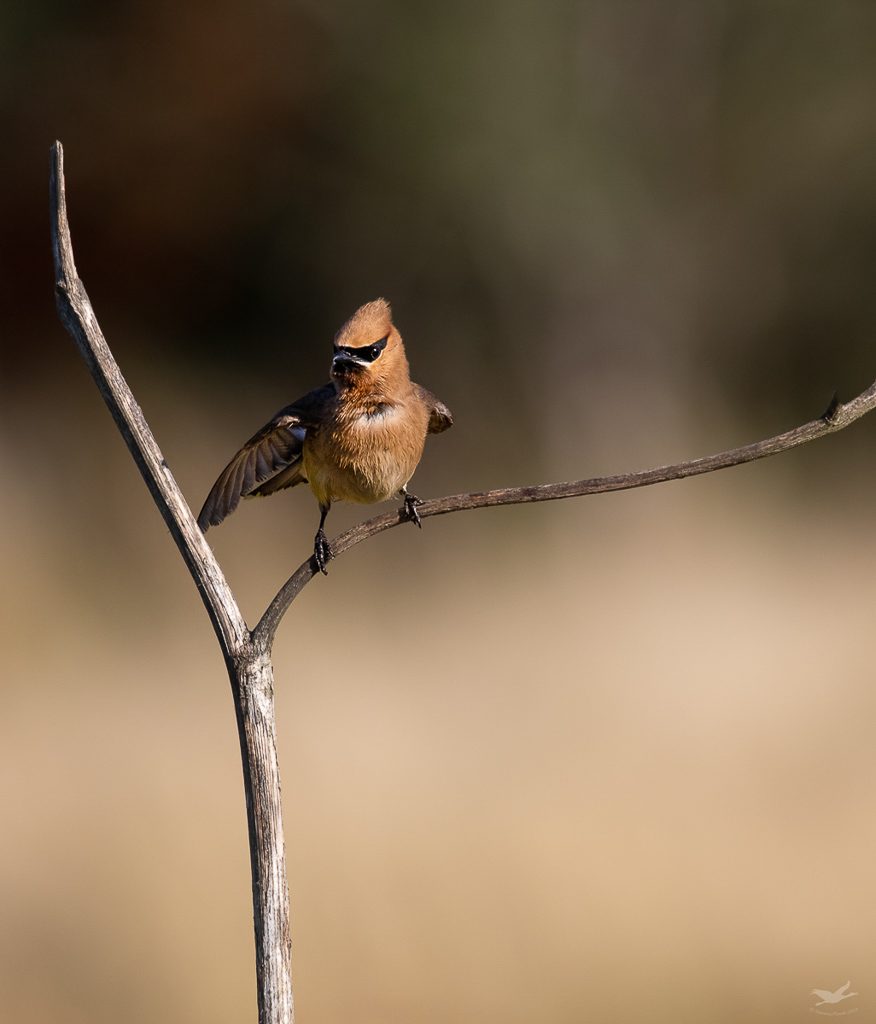 A Cedar Waxwing in place of the one I accidentally deleted. Photo by Dennis Plank

Earlier this spring, there was a pair of Violet-Green Swallows that had obviously claimed one of the boxes in the back yard, but weren’t ready to actually start raising a brood yet. As nearly as we can figure out, when the swallows were out foraging one afternoon a pair of Black-Capped Chickadees discovered the box and liked its looks even though it’s huge for them. For awhile it was completely confusing with both species perching on top and going in and out of the box. Eventually, the Chickadees seem to have prevailed and have raised a brood (my wife saw an adult feeding a fledgling) and are working on their second. Hopefully the swallows found another box as there were several still available. 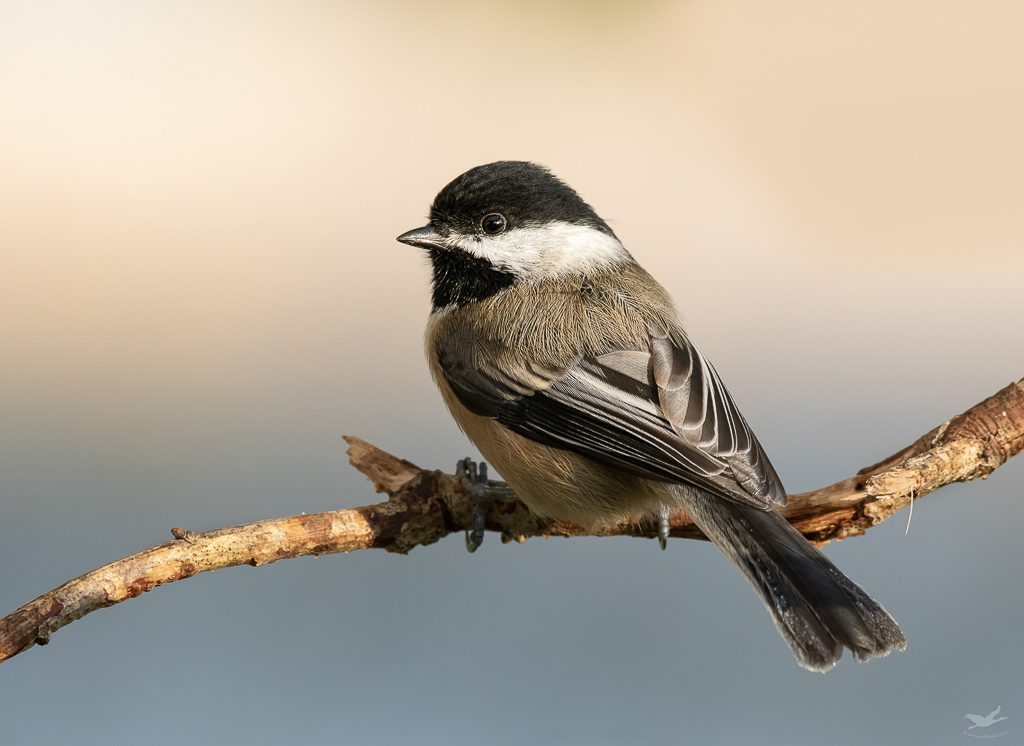 The Chickadees have been very circupspect about approaching the nest box, so I don’t have any shots of the birds approaching the box, but this is from earlier this year. Photo by Dennis Plank.

Some of the Tree Swallows have already fledged and there’s a box in front of the house with young sticking their heads out, so it won’t be long for them. Though the books say tree swallows aren’t supposed to double clutch, most of ours appear to do so, though we don’t monitor them really closely and it is possible that it’s couples that lost their first brood. 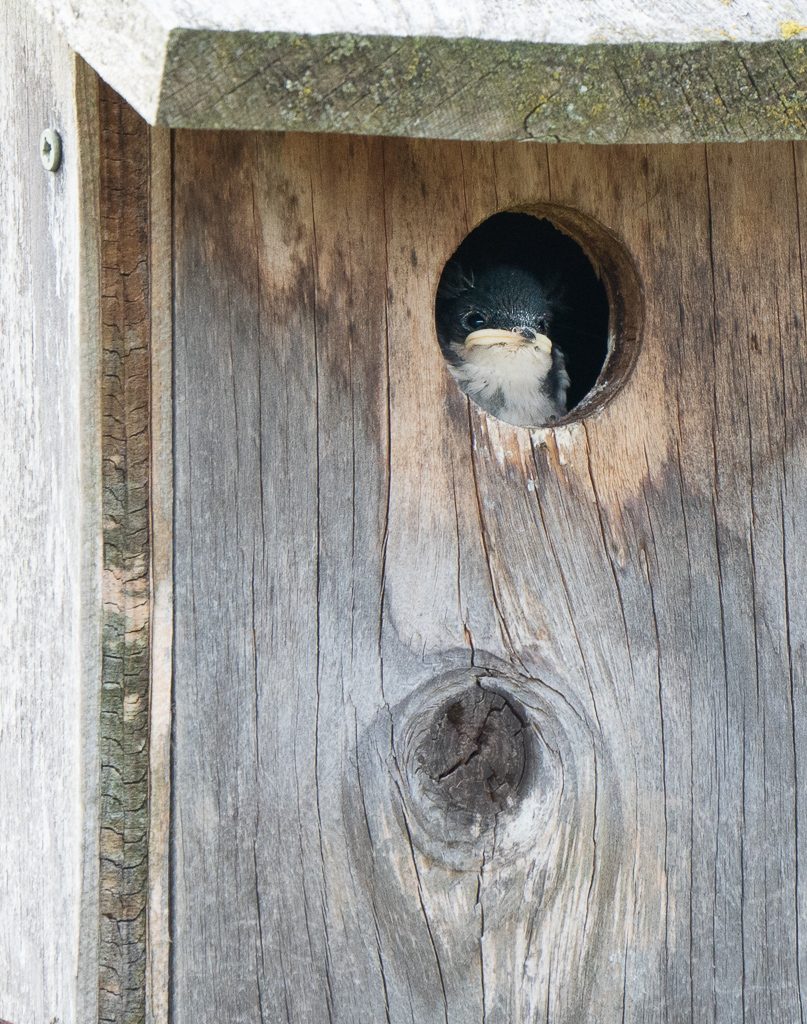 Tree Swallow getting anxious to fledge. It probably has another few days. Photo by Dennis Plank.

Judging by the number of shell fragments on the ground, most of the Cliff Swallows in their colony on the end of our garage have hatched young some time ago and they will be starting to fledge before long. Interestingly, we have six nesting cups on the garage for them and I’d put cedar roofs over a couple of them because they seemed to like a close overhead save mud. This year we have seven pairs because one built their nest on the roof of another. 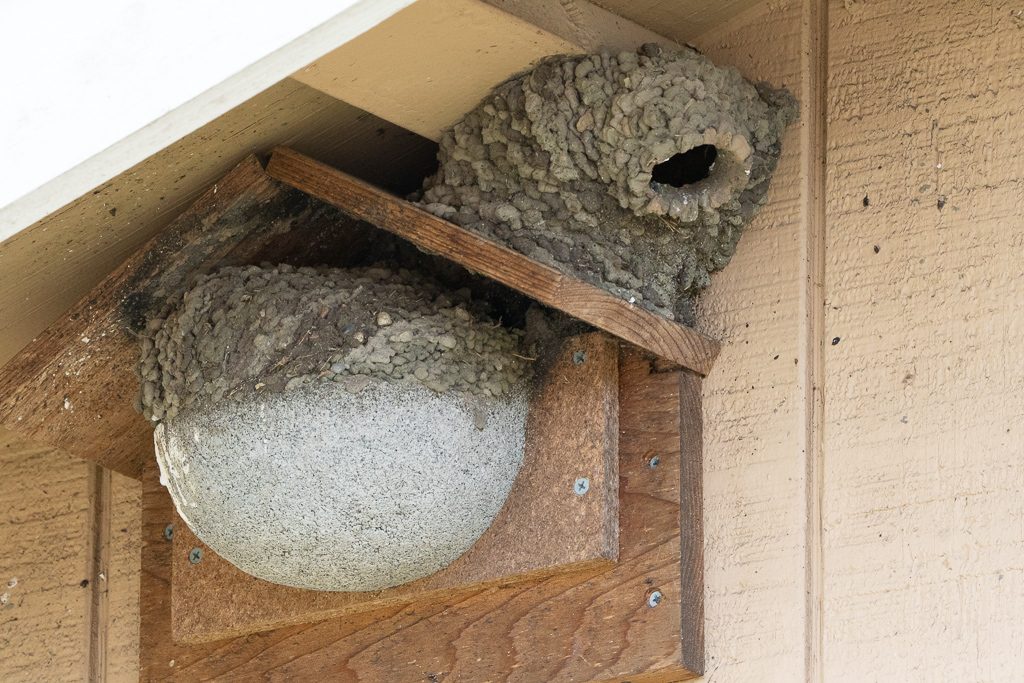 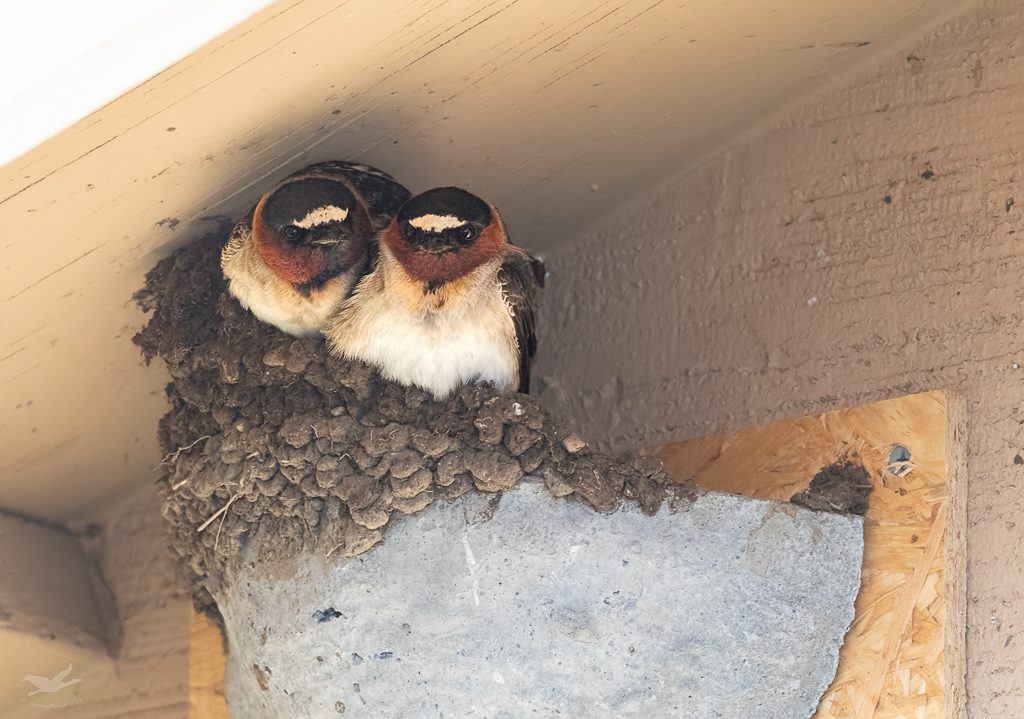 The American Goldfinches are here in force and we’ve started seeing mobs of males chasing females around, so it looks like they’ll be settling down fairly soon. They’re later to breed than most of the songbirds as they don’t feed their young on insects but Goldfinches feed theirs a strict diet of regurgitated seeds, so they have to wait until sufficient seeds are available.. We have a partially leucistic male this year and it seems like a lot of the females are more grayish than normal, though I have no idea why that would happen. 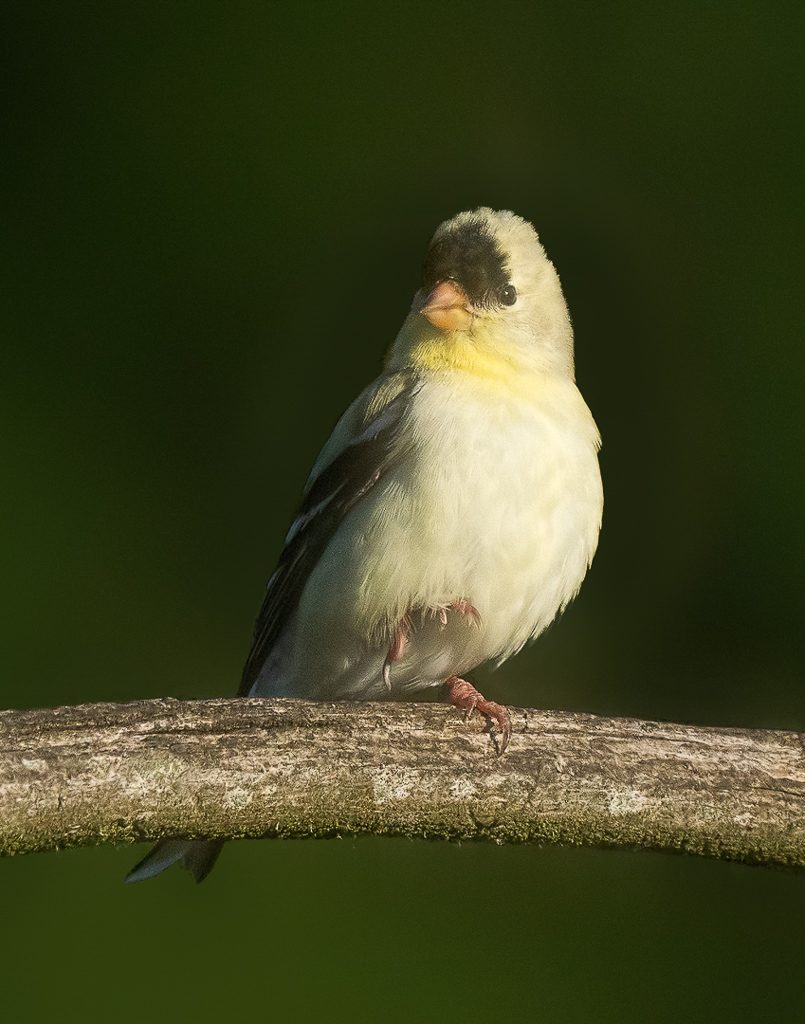 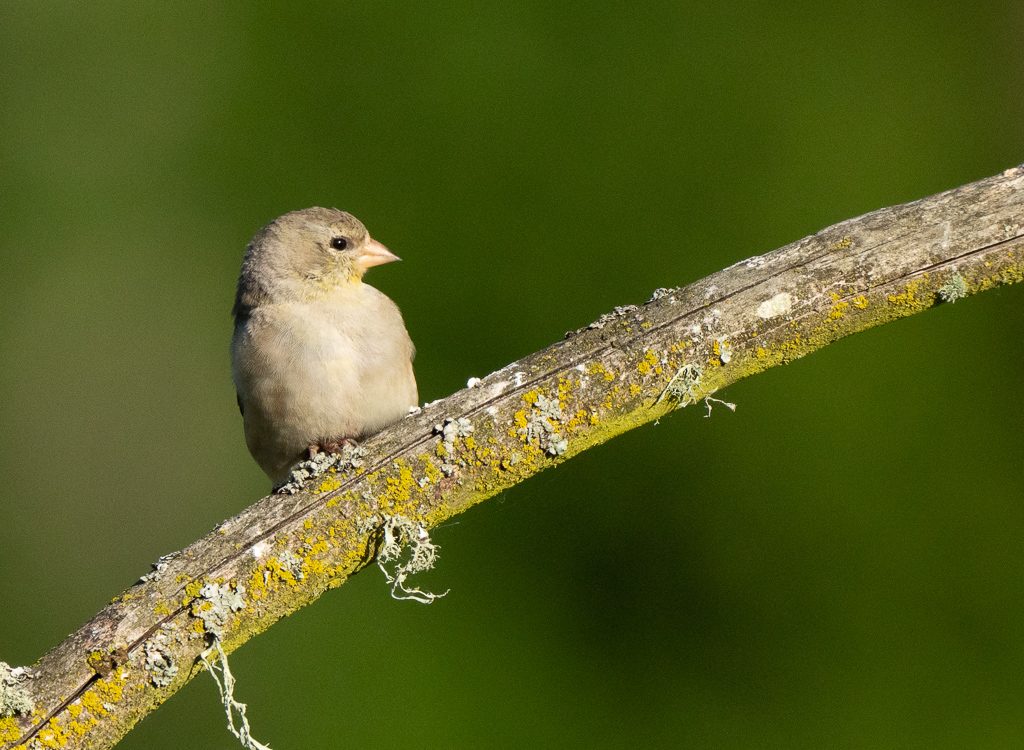 The Purple Martins are starting to nest and lay eggs. At last count, one gourd had 5 eggs, another 3 and a singleton. The Martins are rather odd in that we have six gourds, but always seem to have more than 12 adults hanging around. This morning we counted 20 and there may have been more. 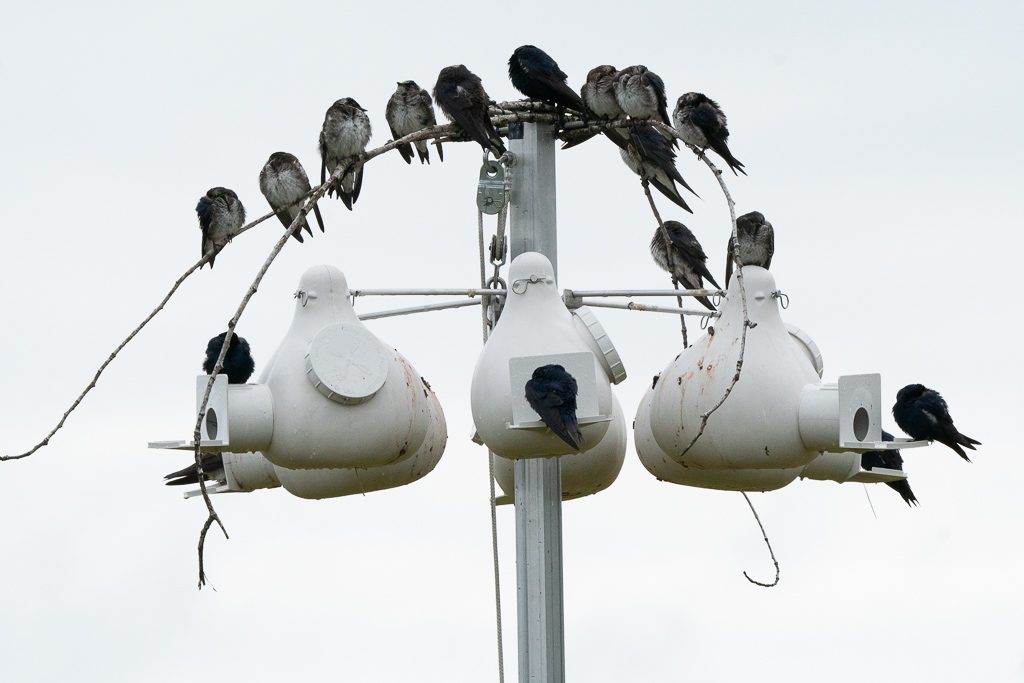 I count eighteen in this image. There are only six gourds. Photo by Dennis Plank

We’ve seen young Juncos and young Savannah Sparrow for the last week or so, but I hear Savannahs singing on territory, so they’re probably working on a second brood.

Our pair of Kestrels still seems to be doing fine, with regular visits from the male to bring food to the female. It’s been going on long enough that the chicks should be hatched by now and I’m expecting both adults to be foraging for the young pretty soon. 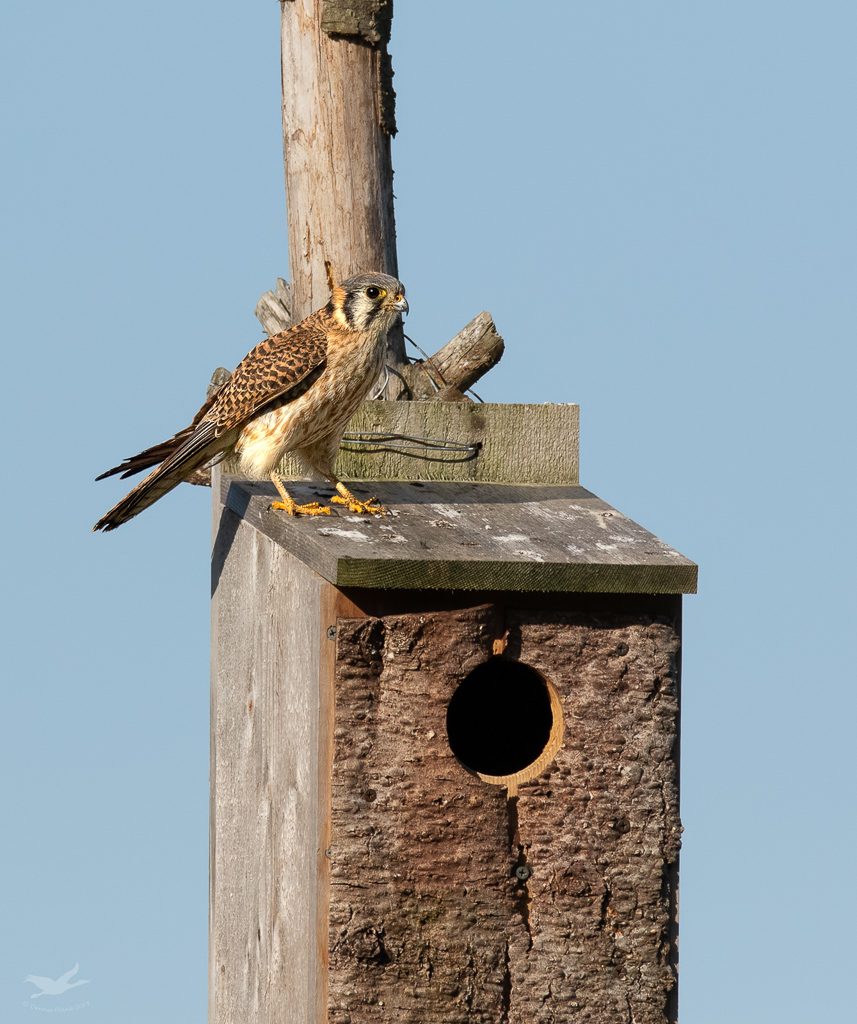 Further afield, with things opening up now, I’ve been able to go out on the Glacial Heritage Preserve a couple of times to pull Scotch Broom even though formal workdays haven’t resumed yet. While out there I’ve seen a Meadowlark fledgling and heard a number of males still singing on territory. I had the privilege of hearing one male singing unusually softly and going through his entire repertoire. It was a marvelous experience. When I told my wife, who is really into Meadowlarks, about it, she said it was a kind of contact song to his females to let them know he was about (and probably that he’d protect them from that ugly two-legged monster). 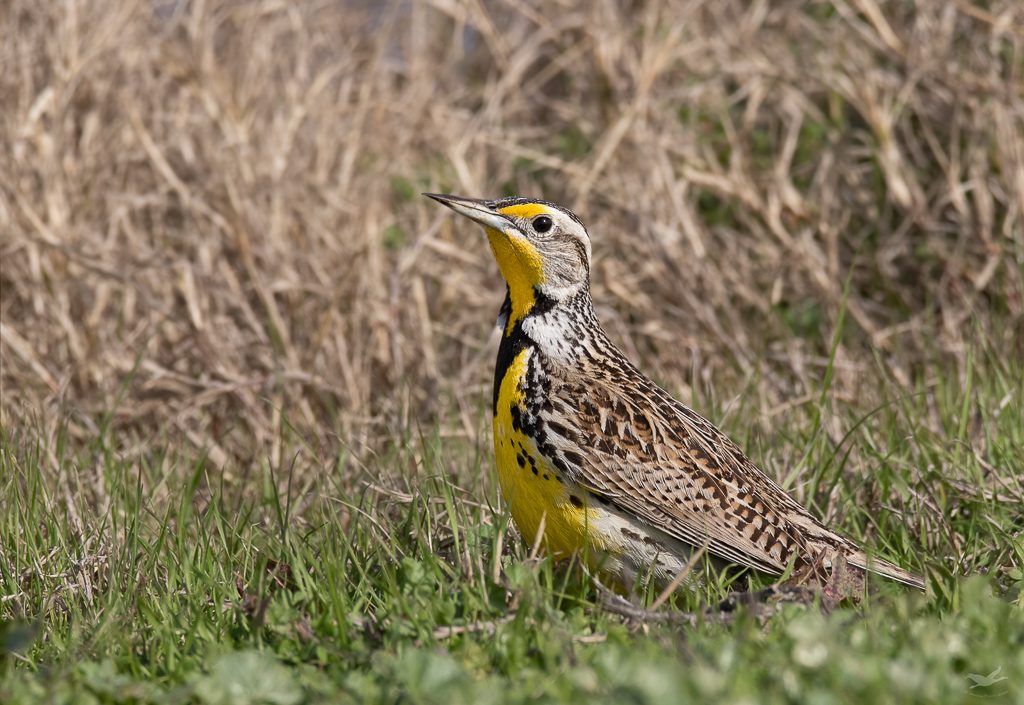 I have a tough time getting near our local Meadowlarks. This was from Northern California in February. Photo by Dennis Plank