Howdy everyone, I am Keith Muggoch and I have lived in Washington all my life, with my beginning years growing up in Olympia. Early on I spent as much time as I was able outside. In high school I started hiking and climbing around the Cascades and Olympics and became quite keen on the experiences I had in the mountains. I also enjoyed being on the water around lower Puget Sound. I moved to Leavenworth in the 70s and concentrated on rock climbing for several years, becoming a carpenter to feed my habit. After a time the physical toll my activities took on my body made me rethink my direction a bit. So I went to school and achieved a degree in civil engineering, using my head instead of my body. After graduating WSU 1993 I took a job with Ferry County Public Works working all over the county and living a bit west of Malo. The country thereabouts is very beautiful, a mix of Cascade and Rocky Mountain bio-zones. I spent my off hours hiking about and took up paddling again on the Columbia and Kettle Rivers and enjoying canoeing in the San Juans while on vacation. I left my job in Ferry County and came to work for Lewis County Public Works in 2007, though I kept my house in Ferry County and still spend considerable time there. Since being back on this side of the crest I spend a lot of time paddling about all over between the Columbia and Clay0quot Sound. I still get into the mountains on a hike now and then, as Rainier is so close as are the Olympics. As I am now retired I have decided to give back to the community and help out here at the Chehalis River Basin Land Trust. I love paddling on the Chehalis so it is a real joy helping preserve it. So there is a bit about me, hope to see you at the members meeting on the 16th or maybe even on the water. 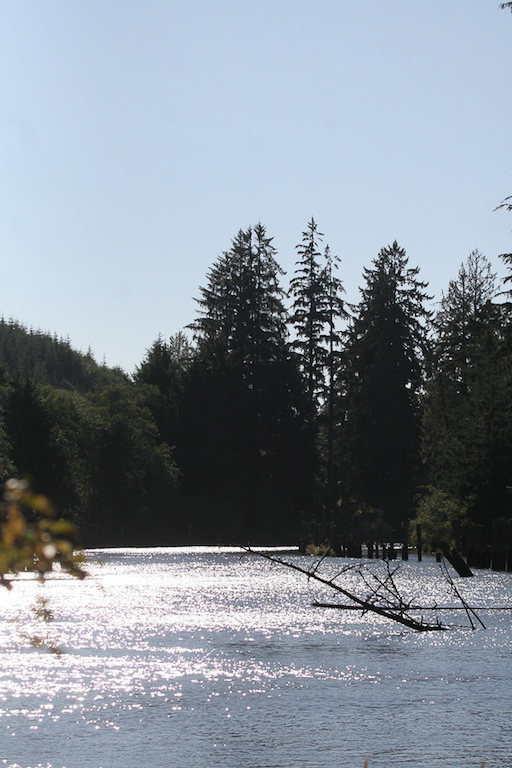 Lazy Afternoon on the Chehalis, photo by Keith Muggoch

This basin is a unique, and for western Washington, a relatively undiscovered and undeveloped landscape. Our stewardship consists of conservation, protection and restoration of the lands under our care. About half of the lands we visit are owned by CRBLT and about half are conservation easements. In order to help manage these properties we monitor them by visiting them once a year and it is a delightful experience. The parcels vary in size and character and each has its own potential, and problems. We set out about twenty times a year on our goings-over. We go afoot mostly but with some kayak/canoe trips too, whichever suits the site’s accessibility. 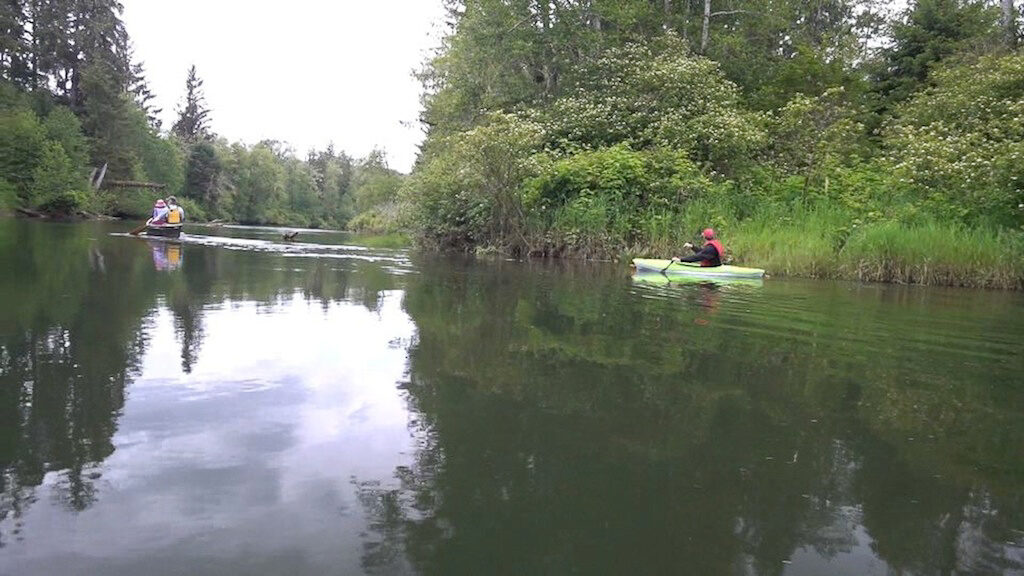 For most sites a typical visit is hiking through the parcel to determine how the land has changed during the previous year. Our parcels consist of riparian, wetland, prairie and forest environments. Some are easily accessible and others not so much, which is why we take to our boats for some of the parcels. When we evaluate a property we look for; littering, dumping and destruction of vegetation. We have noted anything from illegal docks to the odd couch to the more mundane beer cans and not so mundane cedar piracy. Also we note the invasive species, English Ivy, Scots Broom and Reed Canary Grass come to mind. There are also meandering rivers and occasional erosion problems. These visits are all documented with written reports and are documented on a tablet with photos and GPS; we also fly a drone over some of the parcels, allowing us to view lands not accessible by foot or water. Over time we form a record for each parcel and that gives the CRBLT an excellent overview of the properties.

With this information we can determine what course of action we believe we should pursue with each property. Much of the property we review is older second growth and is in excellent shape, and so is left to mother nature to manage on her own. We have also looked at a parcel and determined that human intervention has been too intrusive. An old logging railway on the Hoquiam River comes to mind, in this instance a railway embankment cut a brackish slough in two. We were able to procure a grant that will allow us to reunite the two pieces of this slough into one as well as remove several culverts along the railway embankment. So we are able to restore salmon habitat as a result of our intrepid inspectors’ efforts, along with many others help. 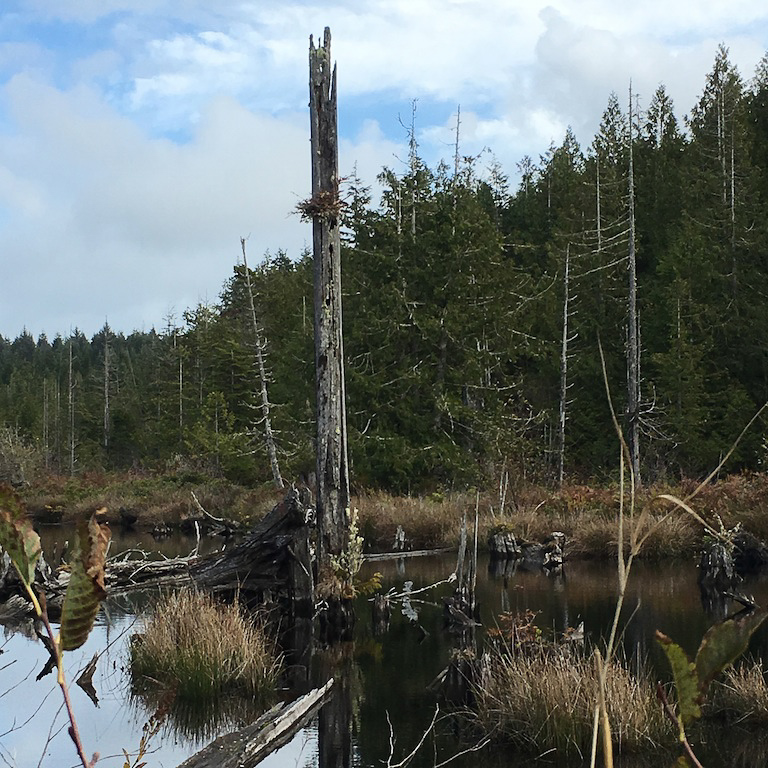 We also are able to get a handle on invasive species before they get well established, it’s so cool to be able to remove an ivy patch before it starts strangling the trees and smothering the understory. All of this is very rewarding, but most rewarding is being able to visit these properties knowing that they will be there next year without worrying about whether they will be appreciably changed from this point forward. 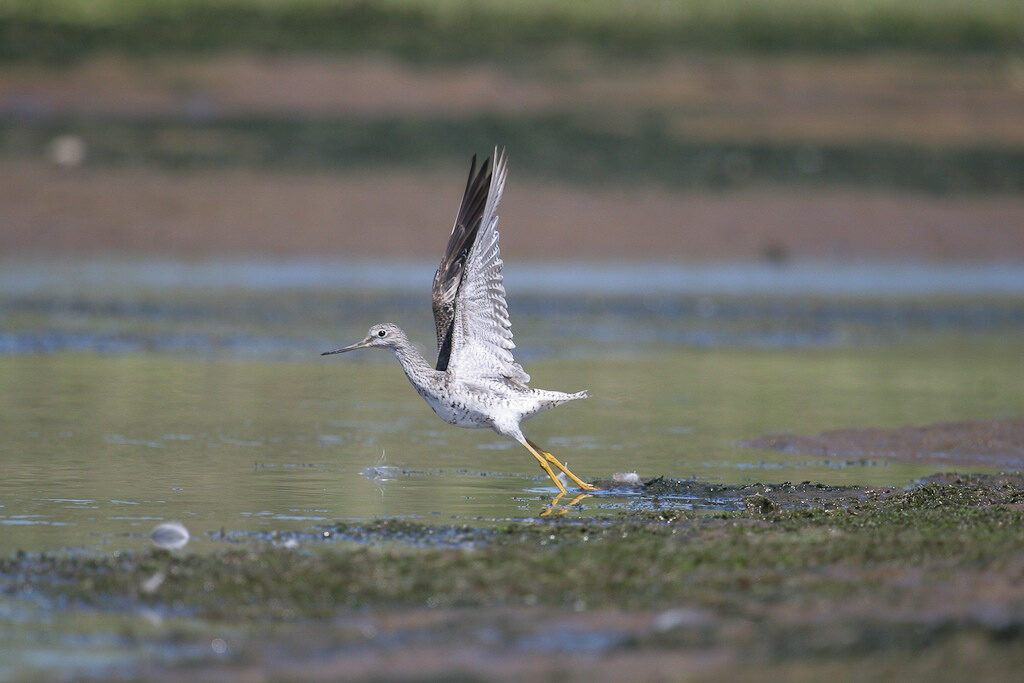 Look us up on Facebook or the web at www.chehalislandtrust.org to get a closer look at how we are helping the beautiful Chehalis River overcome some of the wrongs of the past. Get in touch with us if you would like to become more familiar with this treasure hidden within within our midst. 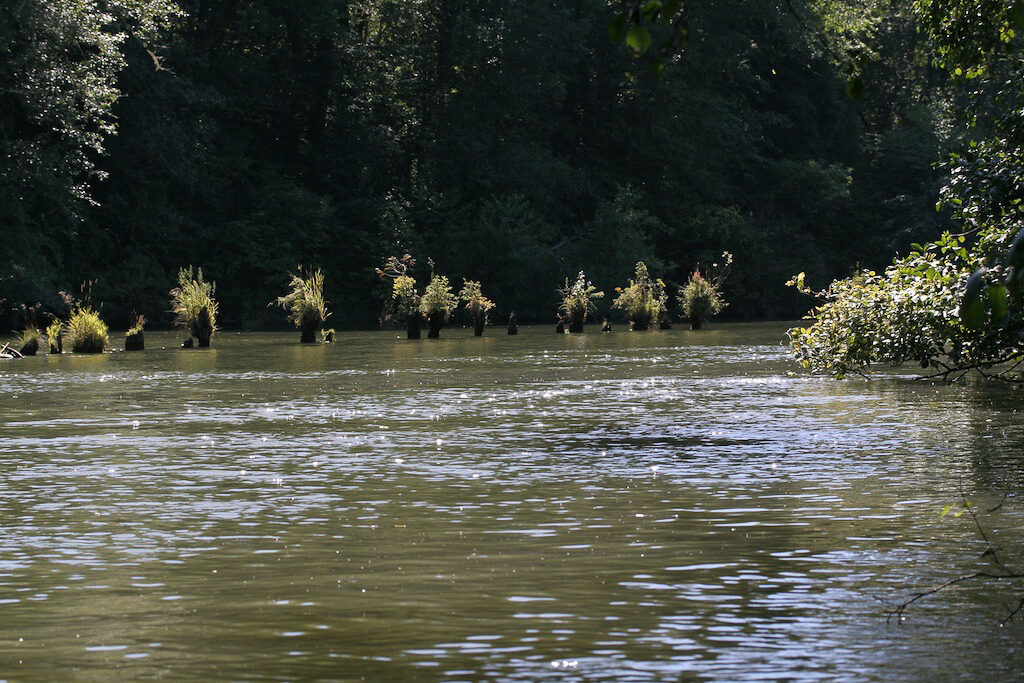 On the Chehalis River, photo by Keith Muggoch 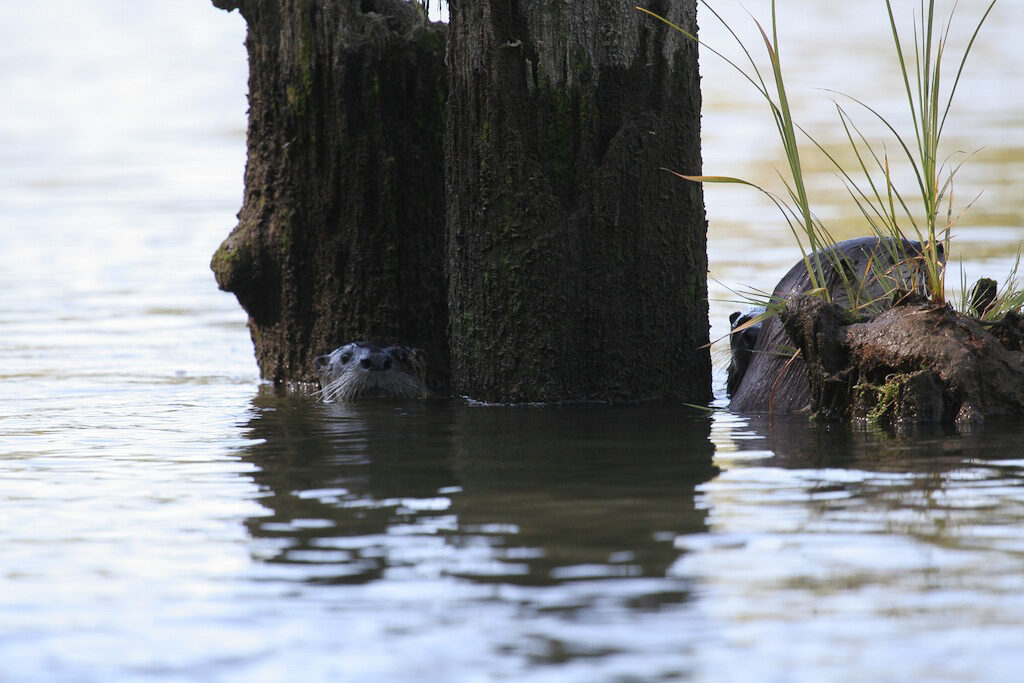 Otters on the Chehalis, photo by Keith Muggoch