Last week the Natural Resource Conservation Service (NRCS) posted about their program. As I have held four contracts with this organization, I would like to share how they helped me restore the native habitats on my farm.

When I moved to my farm in Oakville in 2010, there were just a few oaks left, the property having been logged a hundred years or so ago. The Douglas firs that grew in after had also been logged in 1998. As I looked across the landscape, I was confronted with acres of stumps, holes big enough to swallow my tractor. and the most luxurious fields of Canadian thistle, six feet tall, dense, and persistent.

Wanting to improve the picture I contacted the Grays Harbor Conservation District. They brought in NRCS and as a team with a biologist, forester, program manager, and technician we walked the property and they offered suggestions of what could be done. Acting on their recommendations, over the next couple of years, I contracted with NRCS to make significant improvements to the habitats on the property.

The first project was to restore eight acres back to an oak savannah. Cost sharing was available for many practices. The huge holes had to be filled in, blue rye grass seed planted and mulched. Fencing was installed to protect the area. 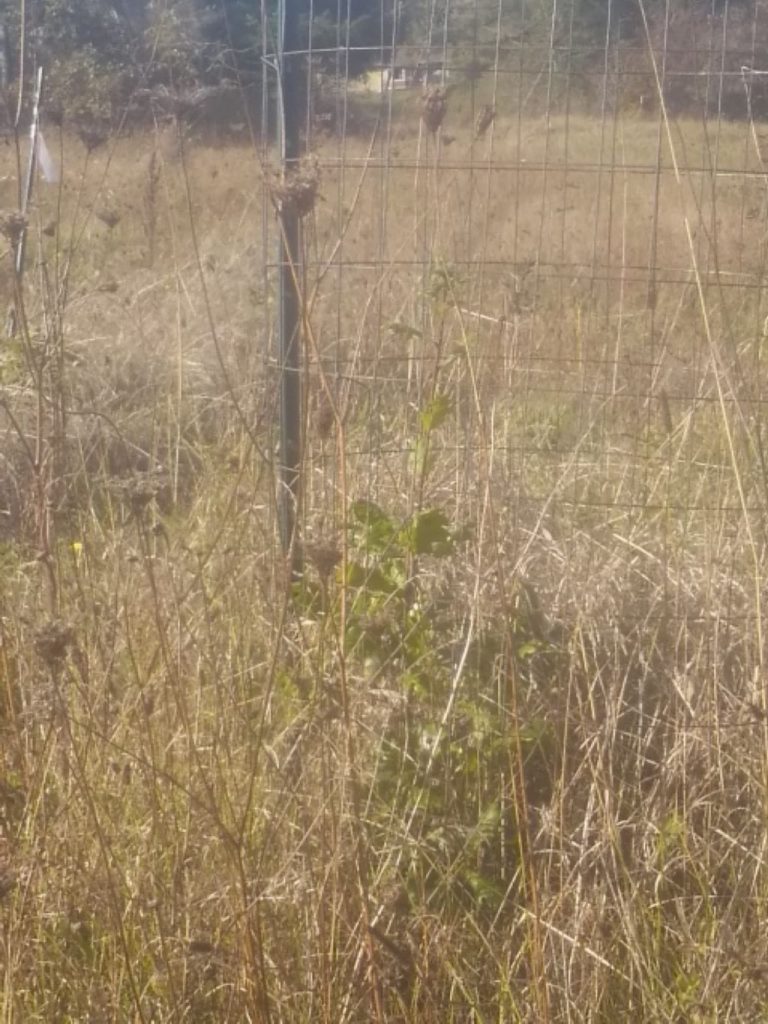 A simple to build and inexpensive cage, yet very effective. None of the 20 oaks planted were lost to browsing.  Photo by Sabra Noyes

An old maple and a large fir were girdled to create snags for nesting birds. 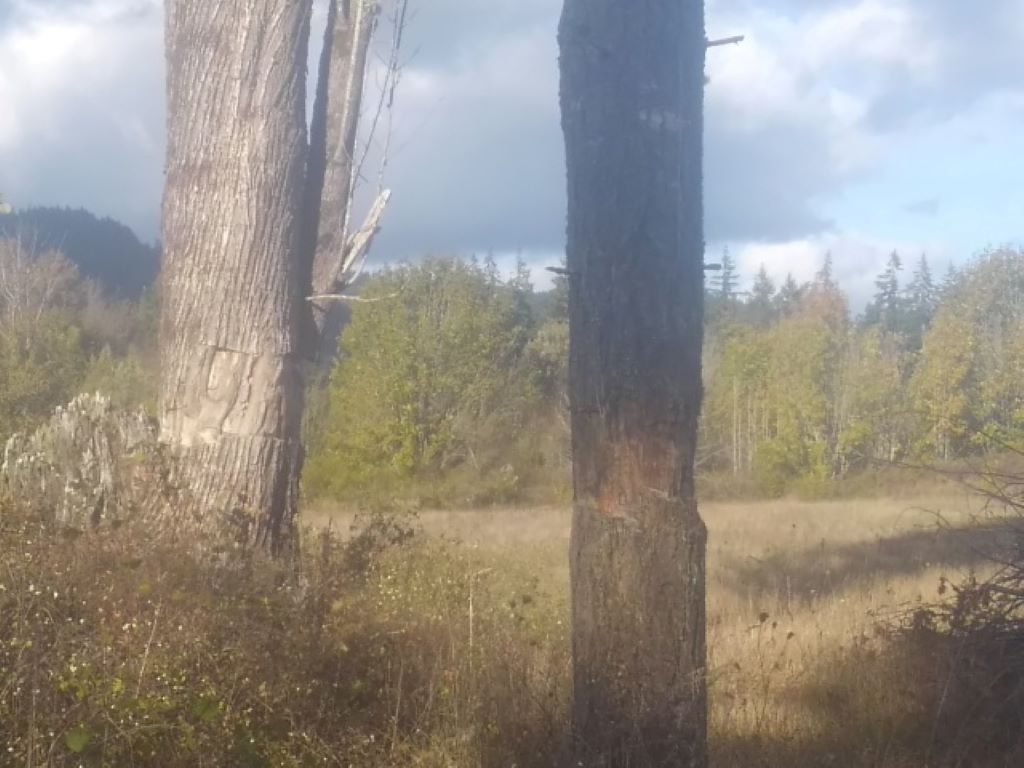 A “slow kill” of a maple and a fir tree.  Bark was removed emulating wildlife destruction.  Photo by Sabra Noyes

A brush pile was created – a wonderful habitat for birds, bugs, rodents, and reptiles. 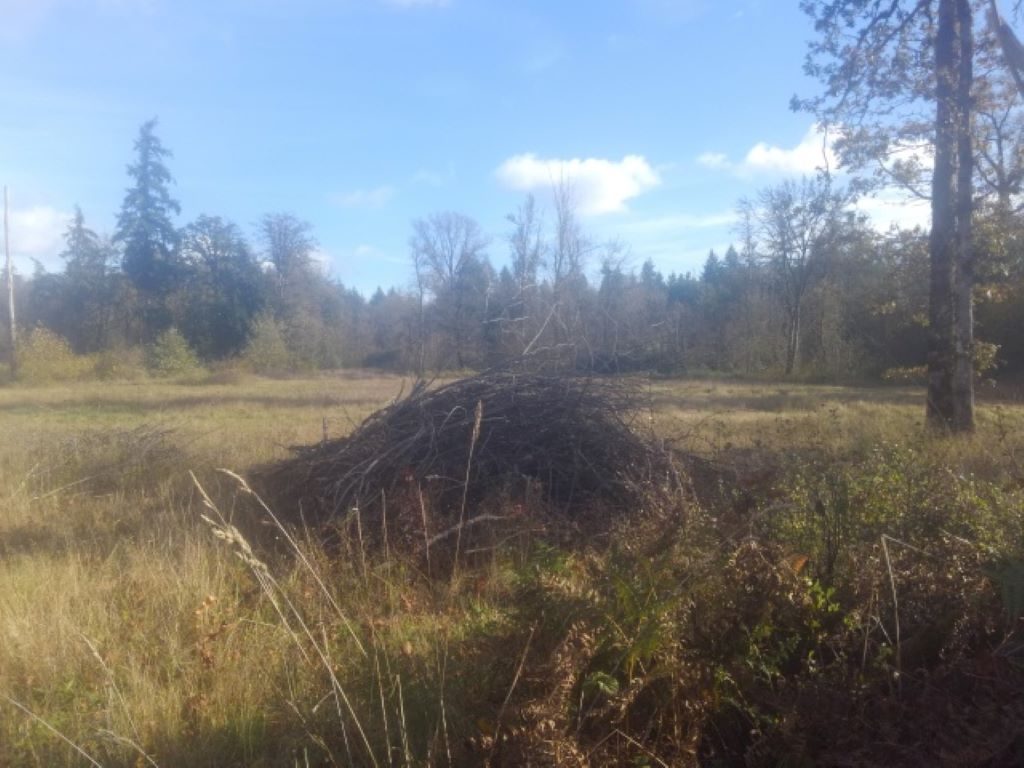 Brush piles and snags have a life cycle with stages supporting different organisms.  As  snags and piles mature, new ones are created.  Photo by Sabra Noyes 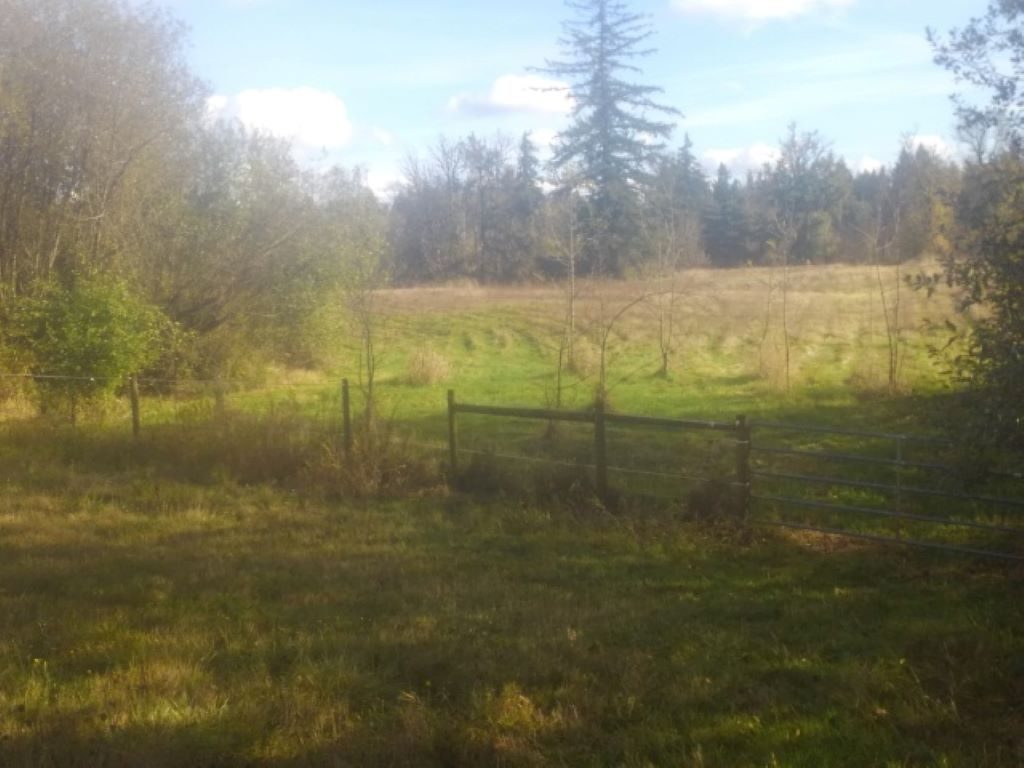 A portion of the fence cost shared with NRCS protecting plantings in the wildlife corridor.  Photo by Sabra Noyes

A second contract was signed for improving a small remnant stand of Garry oaks. The understory of vine maples, cherry, and cascara was cut away from the oaks. This allowed lower branches to form (making for a healthier tree) [707]as well as providing an environment where sprouting acorns could become established. Additional oak saplings were planted such that, over time, there will be a three acre oak forest. 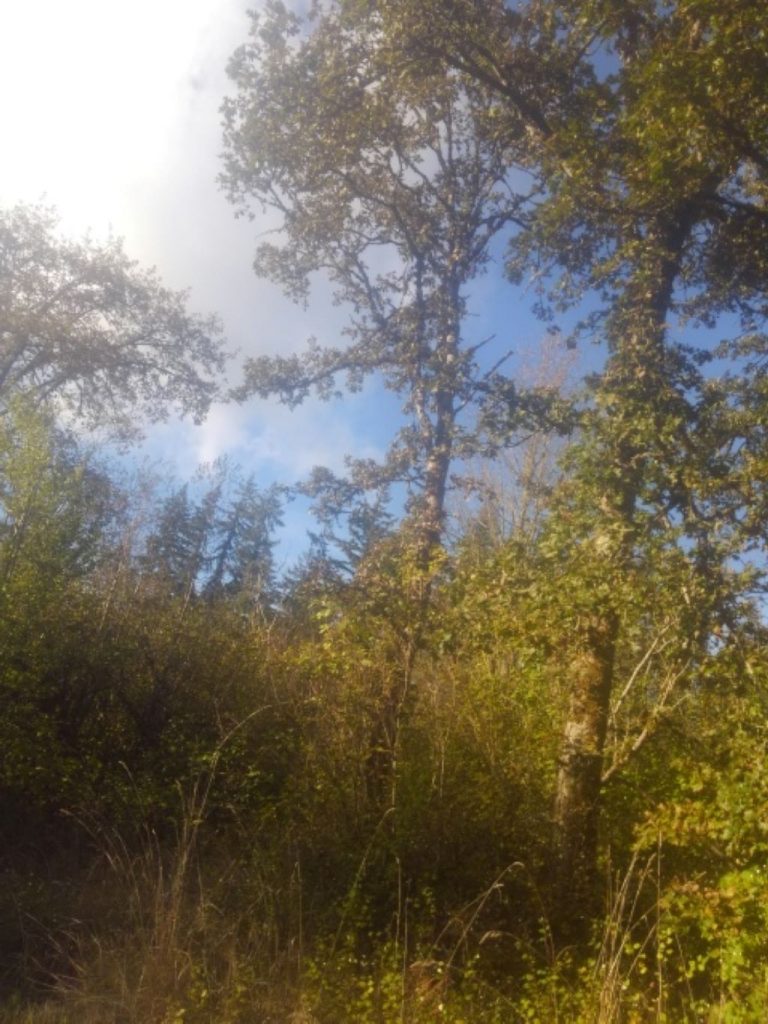 “Lion tailed” Garry oaks created by years of over shading. Cutting back competing trees, these oaks are now starting to branch out.  Photo by Sabra Noyes

Finally, there were two contracts for establishing a prairie. This prairie is described in an earlier blog post. NRCS provided cost sharing on two years of weed killing in preparation for establishing prairie plants, sowing of native Roemers fescue, planting camas bulbs, and wildflower seeding.

As it has been a couple of years since my last contract with NRCS, most certainly their programs and practices have changed. But if you have any inkling of wanting to improve a habitat, please check out their programs. They are a dedicated group with a wealth of knowledge and experience to share.

I am very grateful for NRCS. The environment on this farm has changed dramatically, which could only have been done with help. Every year my count of native birds (76 species) and plants increases, pollinators are everywhere and two years ago the Douglas squirrels showed up. The farm is becoming an island in the archipelago of prairies being restored throughout southwestern Washington.