In Memory of Don Guyot

In Memory of Don Guyot, post by Dennis Plank 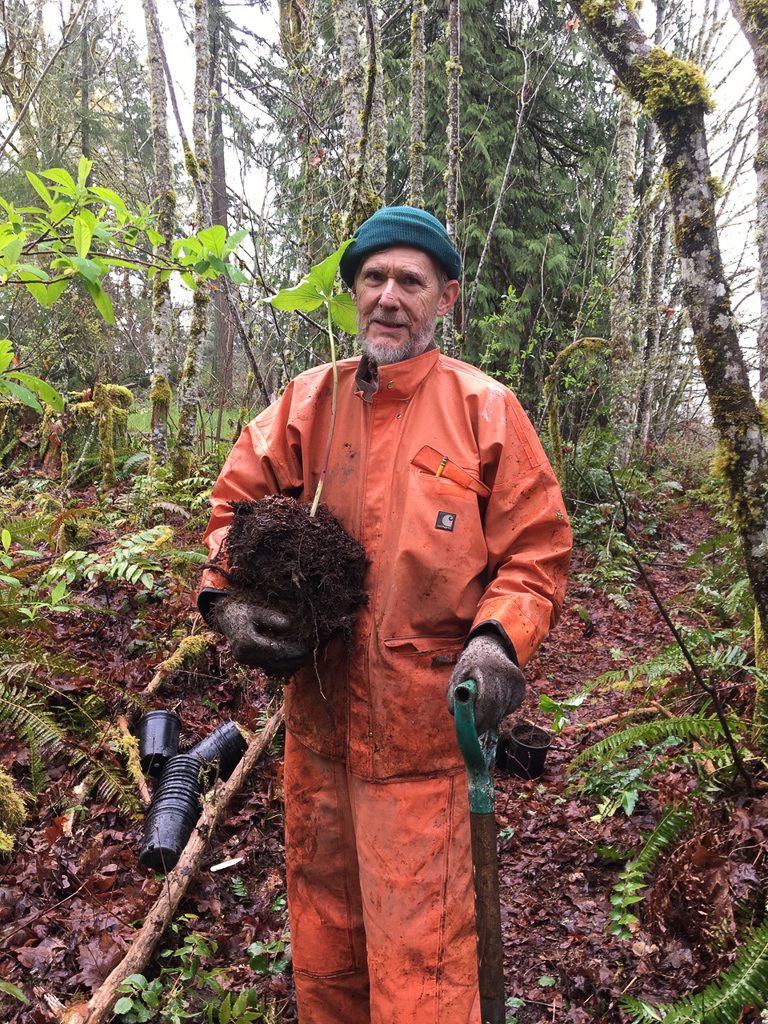 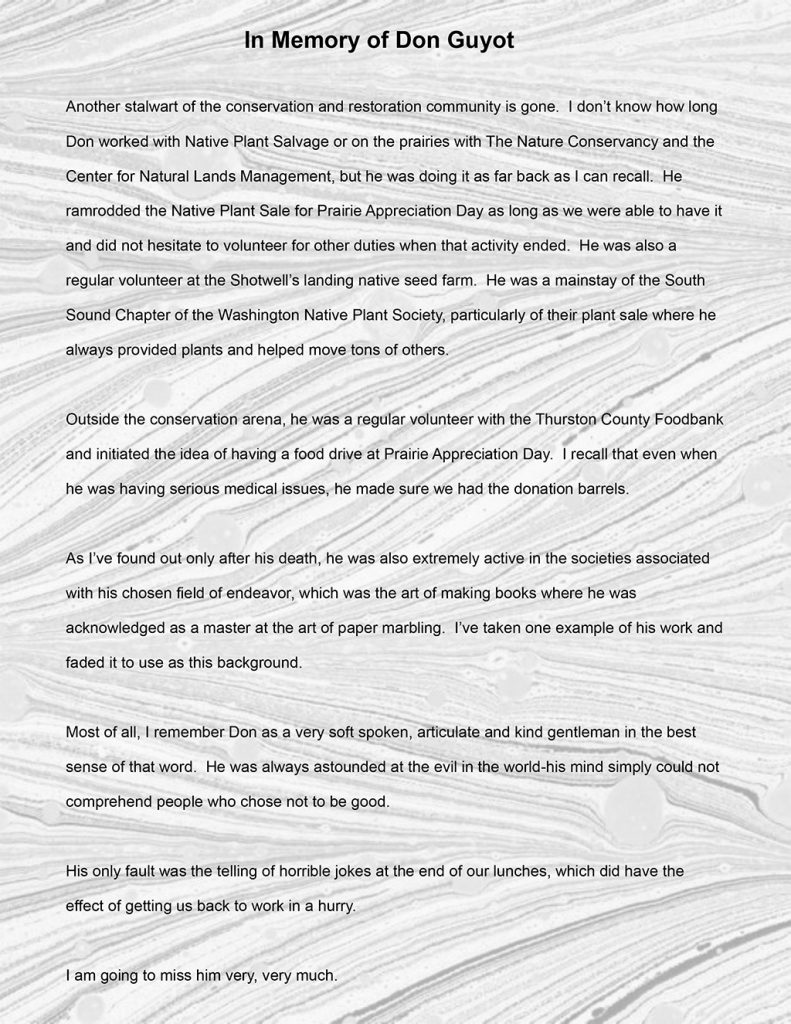 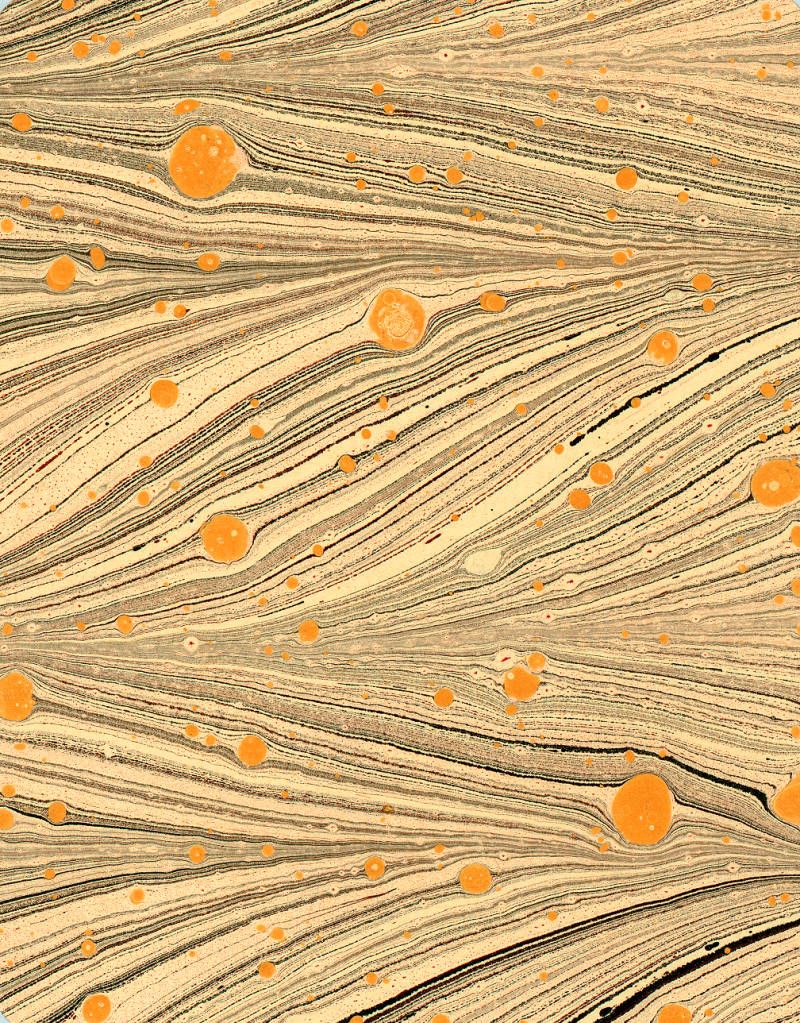 Don’s original work upon which the background above was derived.

The following image and text was found on the Guild of Bookworkers website.  Don was a past Vice-President at Large in that organization.  The description of the image is from Don and I suspect most of the short bio was  also as it has the feel of his writing. 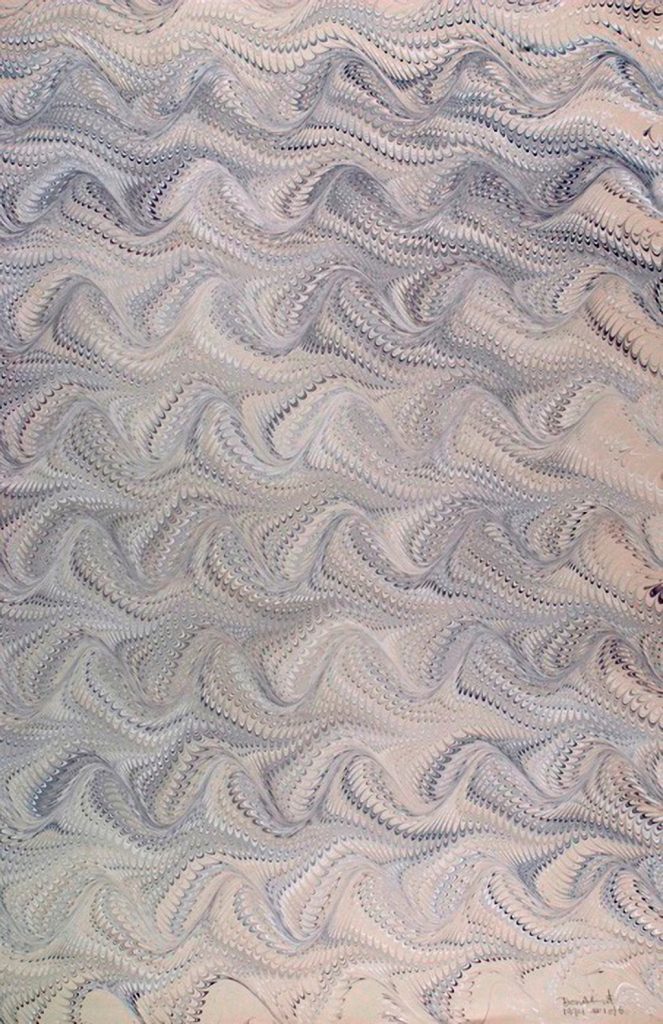 Anatomy of Gray, Don Guyot Western marbled paper executed using Colophon Water Color Marbling Inks on carragheenan medium and transferred onto Rives Lightweight gray paper; number one in an edition of six, meant to be exhibited side by side to show consistency of imaging. The degree of consistency exhibited on one’s marbled paper is the degree of mastery of the craft the marbler may claim. Since the viewer of this piece will not have the advantage of seeing the remaining five, they will be left wondering whether this particular marbler achieved the mastery sought. Having the full advantage of seeing all six sheets of the edition, the marbler can truly say that he shares in their wondering. 70 x 48 centimeters. Created 1994.

Don A. Guyot was born in 1944. Following college, Don Guyot completed a master’s degree in librarianship and began working at the Seattle Public Library. Intending to become a rare book librarian he completed a second master’s degree in ancient Greek history at the University of Washington. After becoming interested in and diverted by hand bookbinding, he left librarianship and opened a repair bindery in Seattle. He learned to marble paper largely on his own because he could not ﬁnd the papers he wanted to use in his business, and began teaching workshops throughout the country. In addition to Western-style marbled papers, he also excelled in the art of suminagashi, an ancient Japanese technique of decorating paper by ﬂoating inks on water.

You are welcome to leave memories of Don as comments to this post.  Comments are not intuitive.  There’s a place at the top of the screen where it will either say “no comments on this post”  or will list the number.  Click on it to get to the comments screen.