Breeding Birds Winding Down, Post and photos by Adrian Wolf

Adrian Wolf has been working on habitat restoration projects for endangered birds for over 25 years. He attributes the inspiration to pursue this profession to his undergraduate professor at the University of California, Irvine. For his Master’s Degree at the Evergreen State College, he climbed up into the forest canopy of old growth Pacific Northwest trees to study the importance of epiphytic resources for birds. Currently, he is a Conservation Biologist with the Center for Natural Lands Management charged with restoring and recovering the imperiled avifauna of prairie oak habitats.

The 2020 bird breeding season is slowing down, and it has certainly been an unusual one indeed. Since mid-April, the CNLM Avian Conservation Program team has spent countless hours monitoring the birds of our prairie and oak landscapes. Some of the activities have included recording color-band combinations of streaked horned larks, Oregon vesper sparrows and western bluebirds; searching for and monitoring nests; color-banding nestlings; and operating the MAPS bird banding program. This season’s activities were very different from previous years. In years past, the team gathered together on a biweekly basis, commuted together to study sites, and shared office space together for data entry; at the MAPS station, we invited volunteers and encouraged visitors.

However, this has not been possible because of the necessary precautions required under COVID-19. Sure, our lark and sparrow team maintained communications, and still paired up (social-distancing, of course) for field surveys, but it was not quite the same camaraderie typical of previous fieldwork. Despite the socially-different way of doing things, we were steadfast and achieved our deliverables for the year. This speaks to the dedication of our field crew, because each individual often worked alone. Preliminary results suggest that our conservation strategies and actions are working. For example, we estimated that at least 50 breeding pairs of larks were present at JBLM’s McChord Airfield this season – this is more than five times the estimated number when we started monitoring the site intensively in 2013. Similarly, the number of lark pairs present this season at a native prairie training area on JBLM were triple that of the estimated population in 2011. We believe that the conservation action of finding lark nests, and conveying these locations to JBLM site managers, has been a major explanation for the increase in numbers at the three sites over the years. The population of JBLM Oregon vesper sparrows at one prairie site also increased, relative to 2019. We believe that habitat restoration activities at JBLM native prairies has increased and improved the amount of suitable breeding habitat for both species. We thank JBLM Fish and Wildlife and the site managers for adopting pro-active conservation measures to protect these rare grassland birds – clearly, we are seeing the fruits of these efforts. 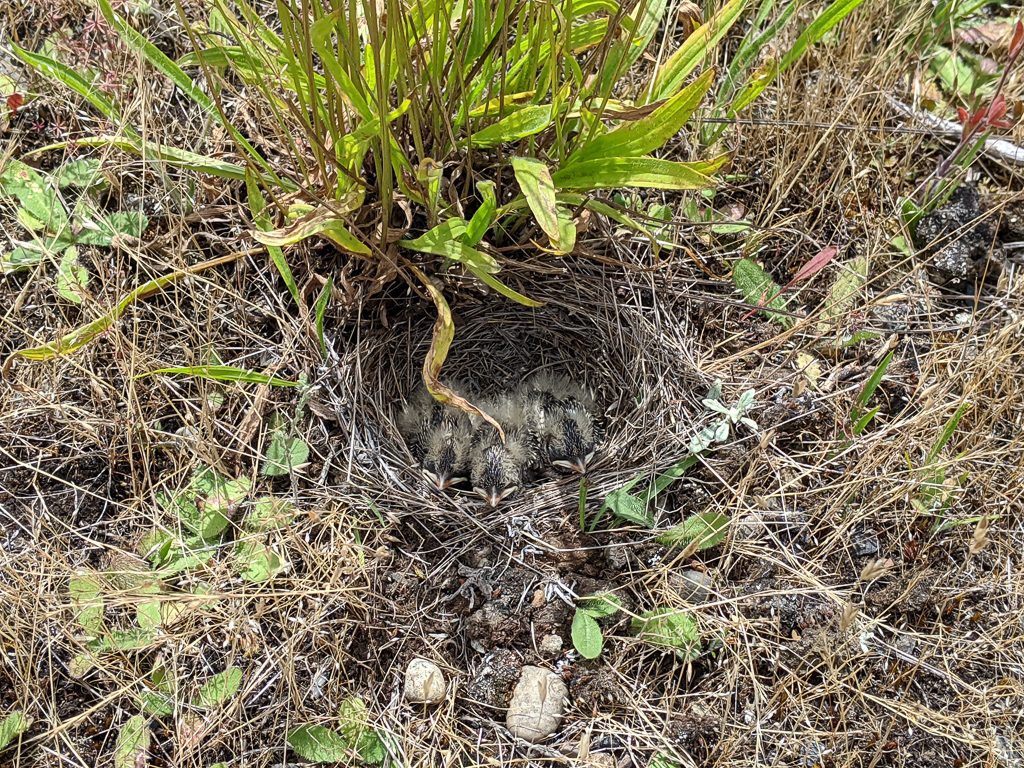 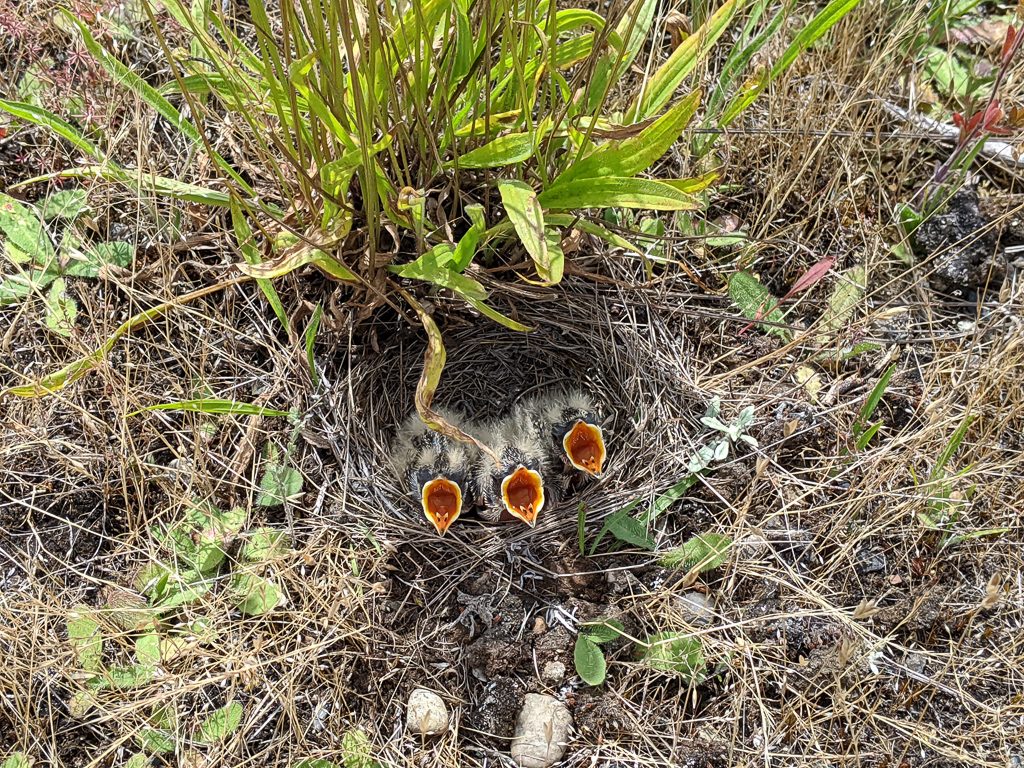 Streaked Horned Lark nestlings can be identified by the three black dots on their tongues. They young are about 4-5 days after hatching.

Two of more than 290 lark fledglings confirmed from known nests on JBLM this season, photos by Adrian Wolf. 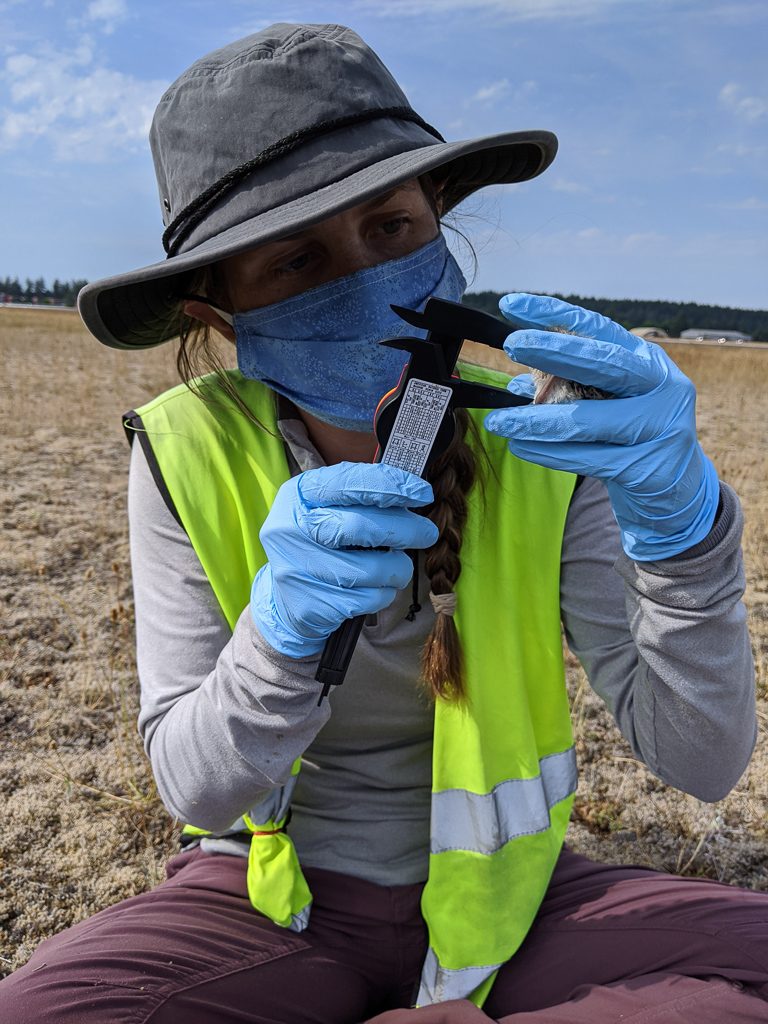 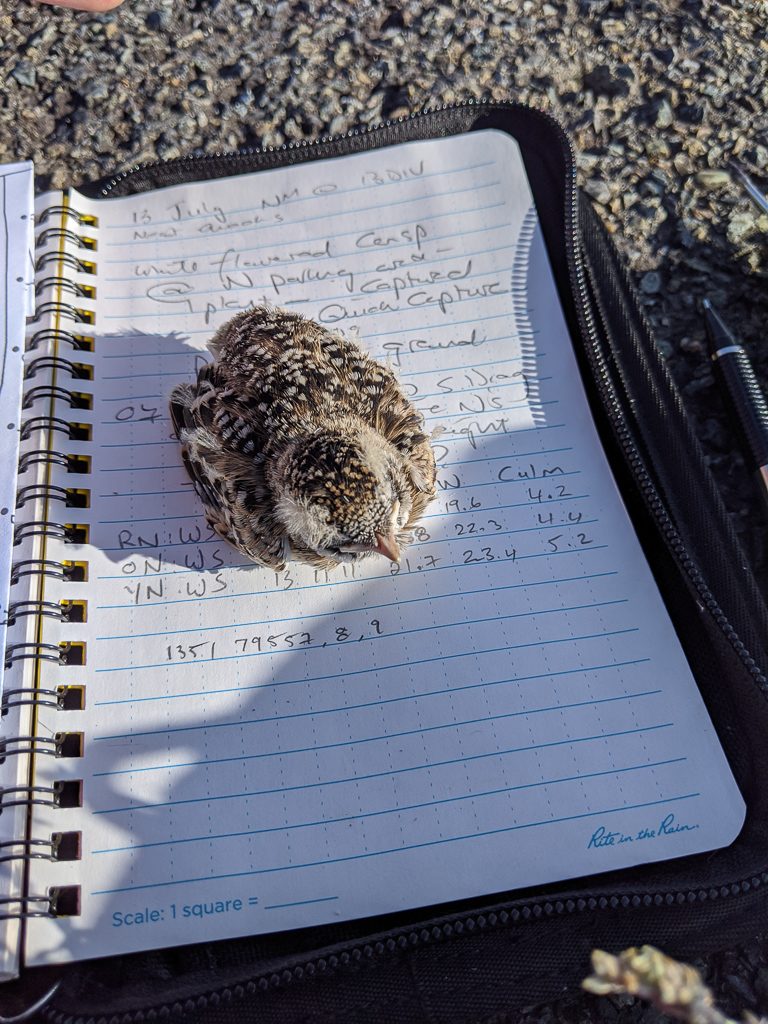 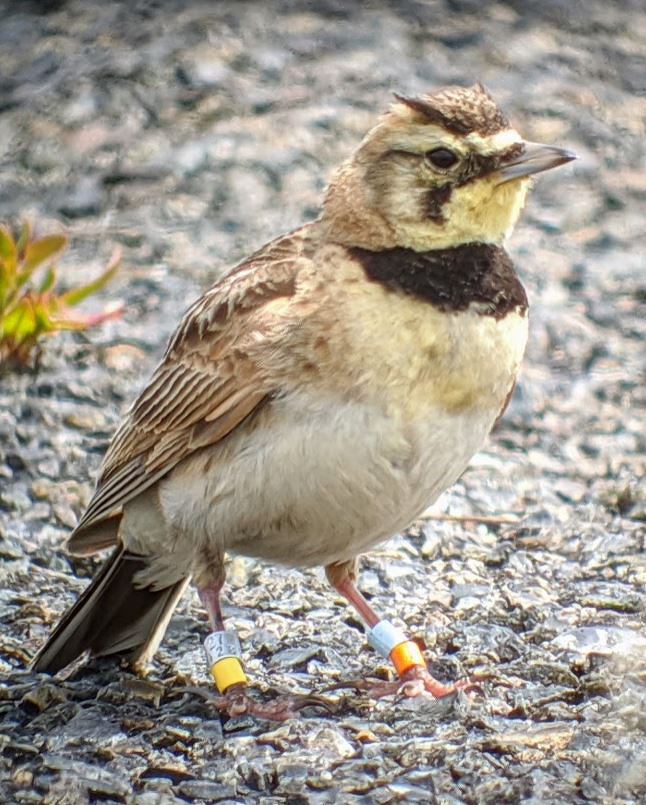 Over 150 color-banded adults were recorded in the South Puget Sound this season. Photo by Adrian Wolf. 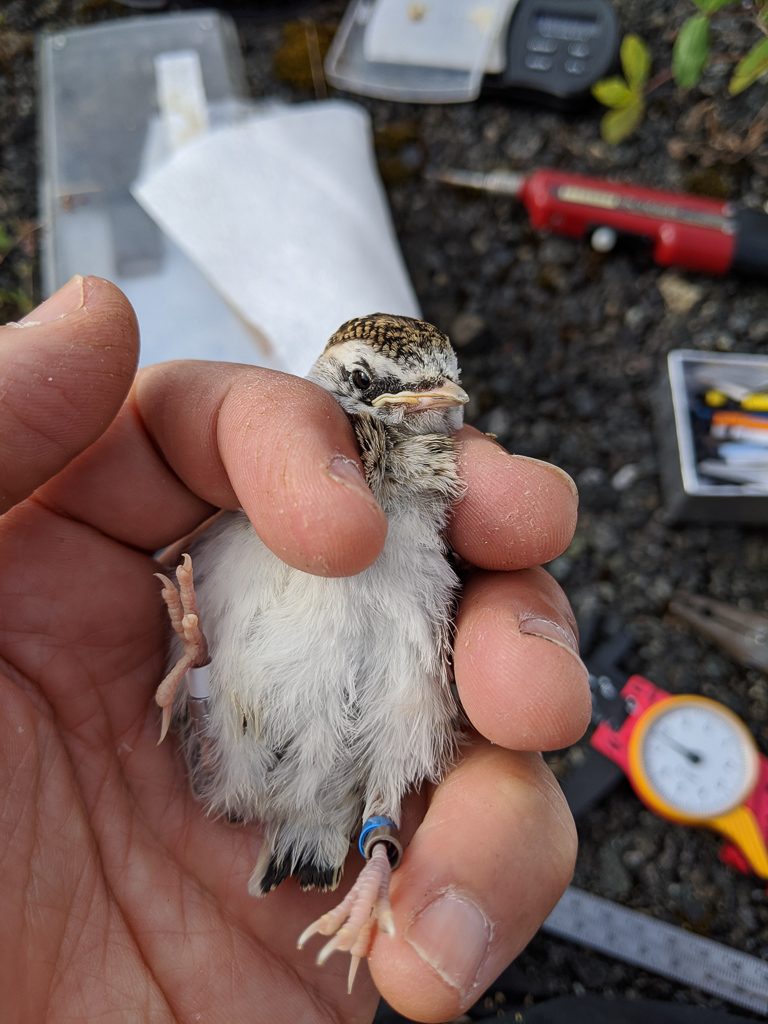 One of more than 60 color-marked lark nestlings this season. Photo by Adrian Wolf.

We operated the MAPS station at Glacial Heritage Preserve for the eighth year with a skeleton-crew of four people. We truncated the season and mist-netted birds in the oak riparian bird community on five days (instead of seven), which is still considered a complete season. The capture rates were lower, relative to previous seasons, but included wonderful feathered denizens such as Swainson’s thrush, song sparrow, MacGillivray’s warbler, a hybrid red-breasted/red-naped sapsucker, and cedar waxwings. Hopefully, next year we can once again invite visitors and volunteers to participate in this program that contributes valuable information to a nationwide program of over 400 banding stations. 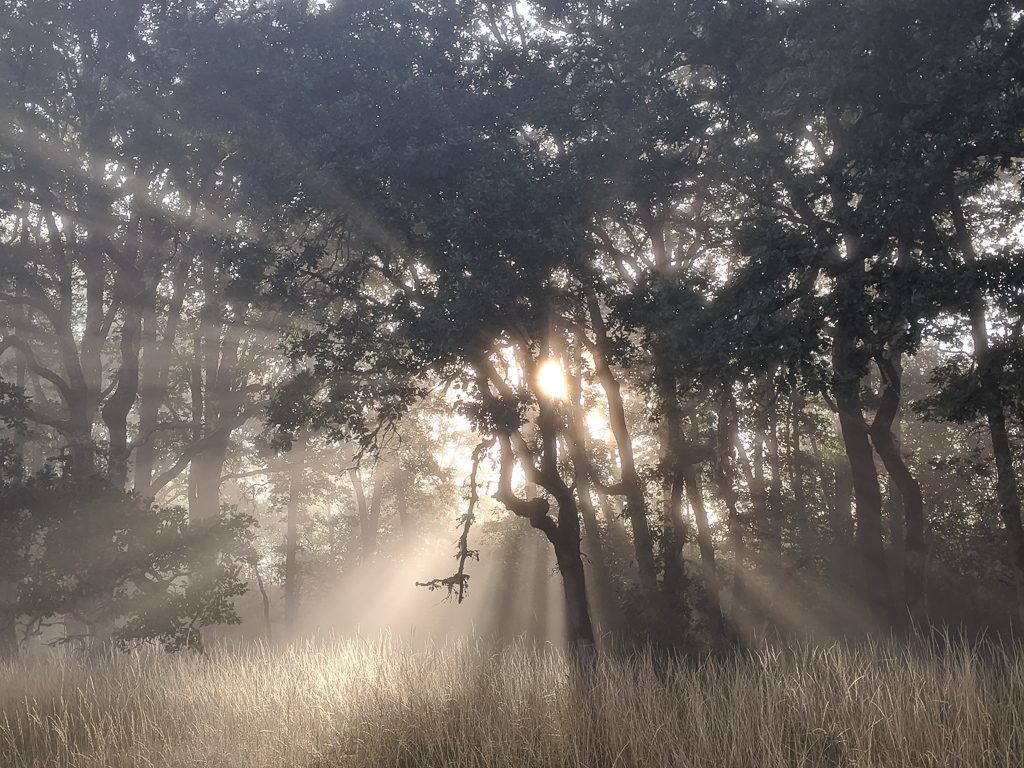 The MAPS station at Glacial Heritage Preserve is located in an Oregon oak riparian woodland along the Black River. Photo by Adrian Wolf. 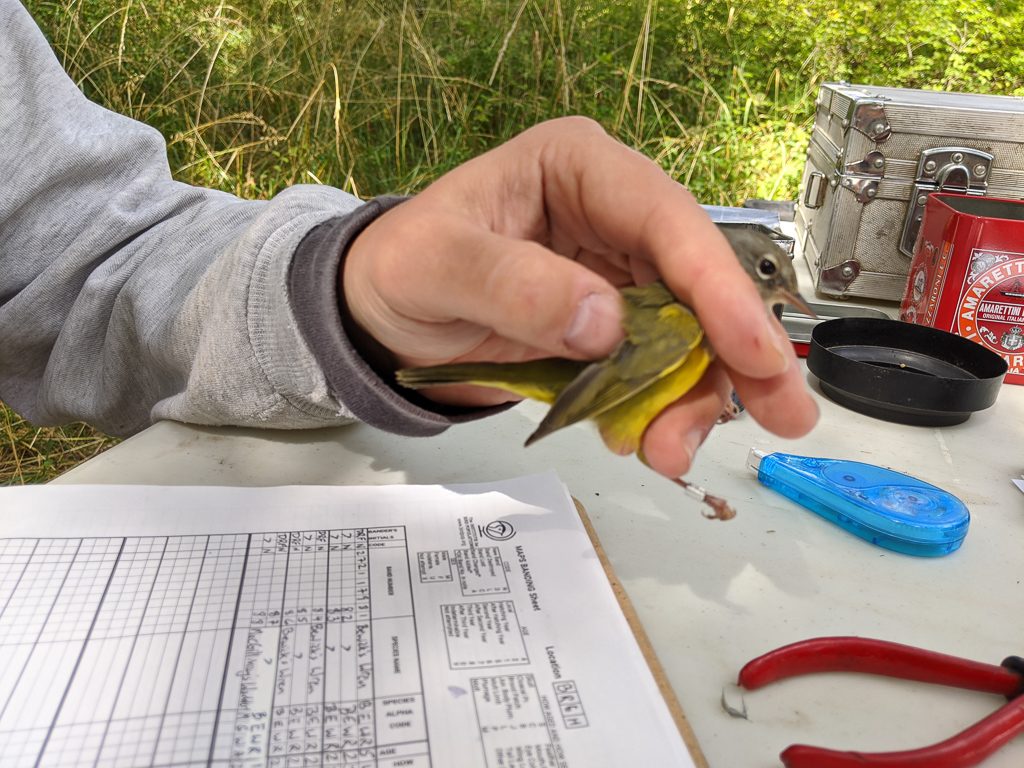 A juvenile MacGillvray’s warbler captured at the MAPS station indicates that this species is likely breeding on the preserve. Photo by Adrian Wolf. 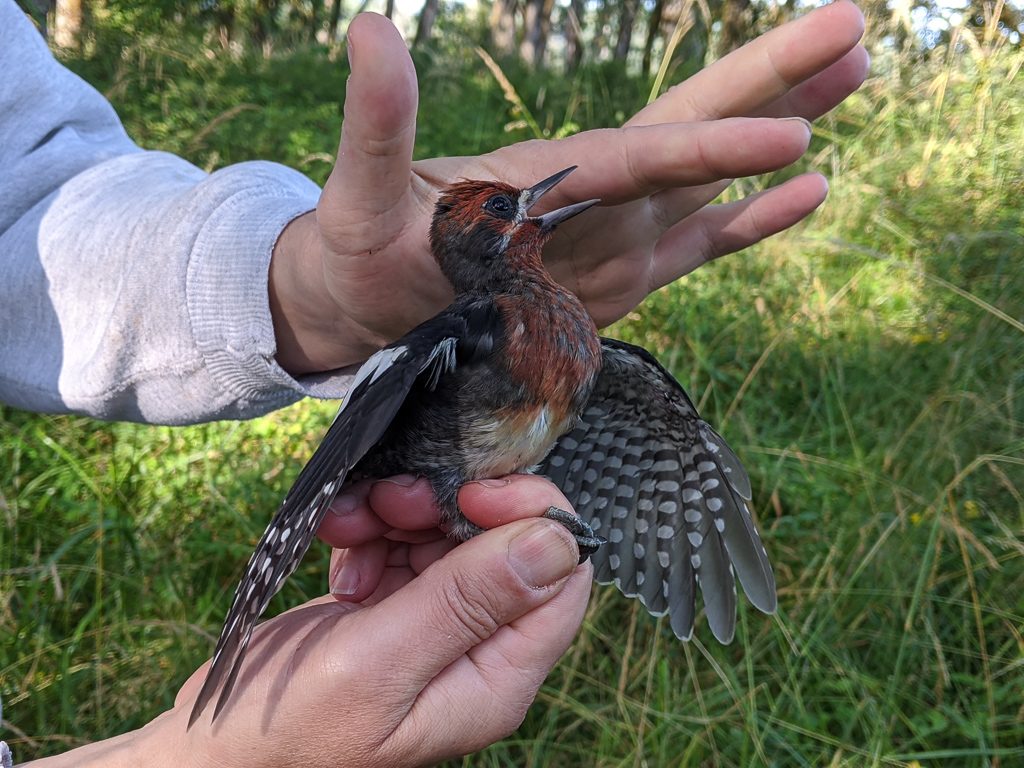 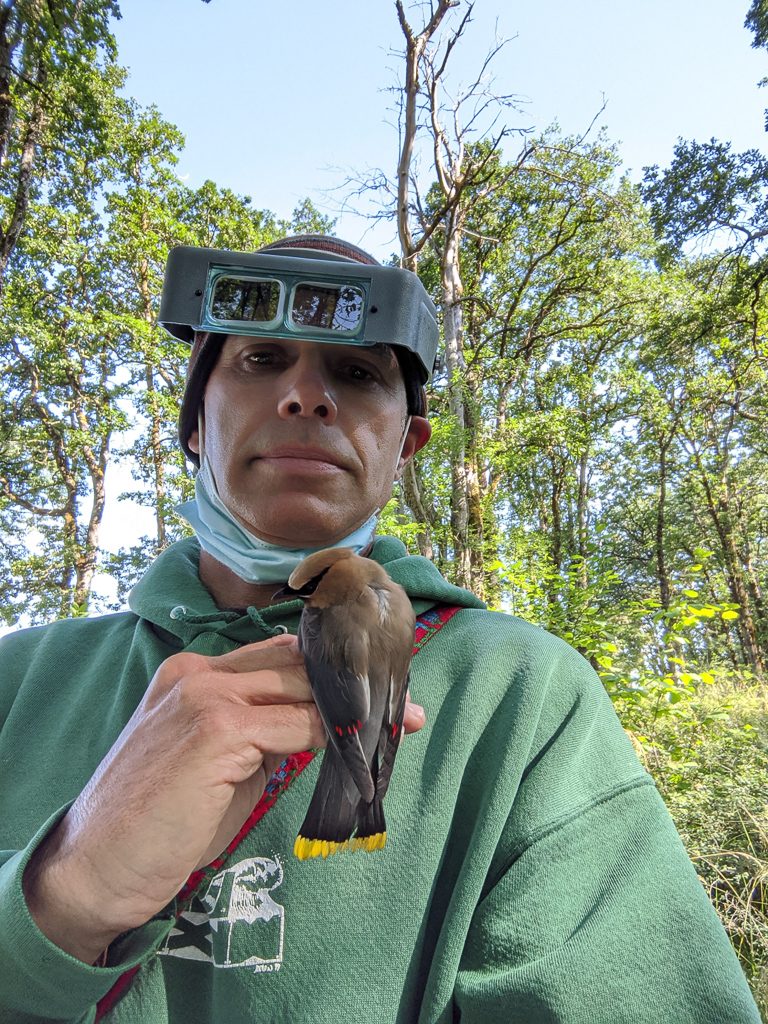 A cedar waxwing captured and banded at the MAPS station is identified as an adult male by the number of waxy red tips on its secondary feathers, and the length of the yellow edging on its tail feathers. Photo by Adrian Wolf.