Fire on the Prairies

Samantha Bussan is a PhD Candidate in Cheryl Schultz’ Conservation Biology Lab at Washington State University Vancouver. Her work is focused on conserving native species in working lands. She can be contacted with further questions at samantha.bussan@wsu.edu.

Fire on the Prairies

If you’ve been following the prairie appreciation blog you’ll know that we have mentioned prescribed fire a few times. This post is dedicated to talking about the why and whats of prescribed fires. In previous posts, we’ve discussed how the South Sound prairies ‘improve’ once this management technique is used. Here we’ll give you some more specific information! 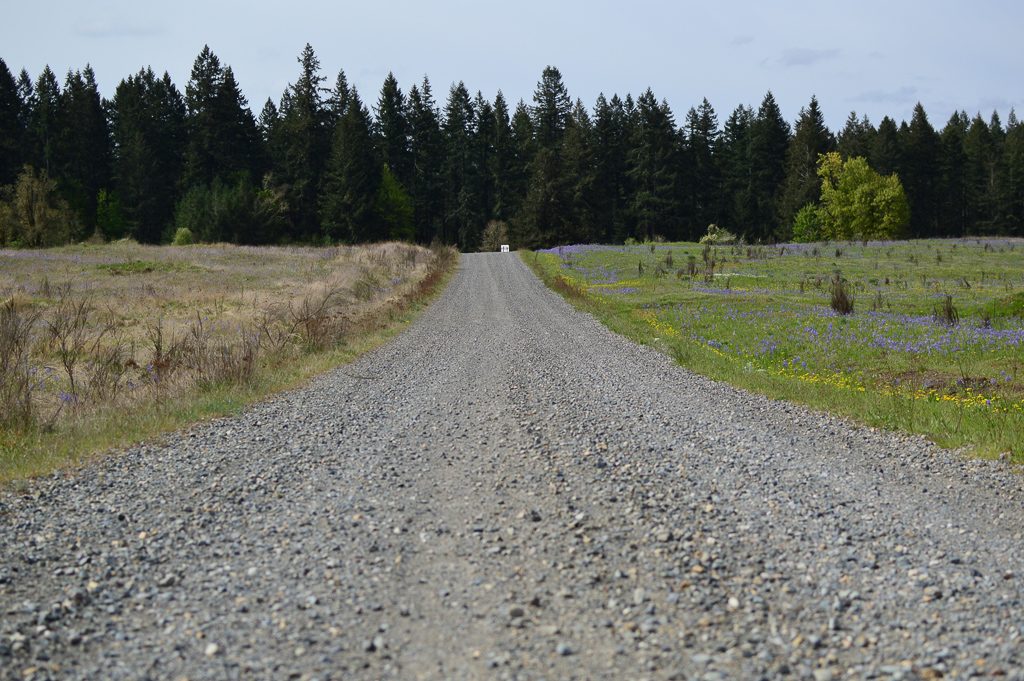 In prairies across the United States we know that a combination of wildfires and intentional burning by Native Americans maintained the seas of grass, and in our region camas (Camassia sp.) that we now call prairie. For the past century or more, those that study grasslands underestimated the management of these lands by Native peoples, and recognition is still infrequent today. However, the link has long been clear for Puget Trough, South Sound, and Willamette prairies that contained the root vegetable, camas. The recognition came from the knowledge that wherever camas grew native peoples consumed, traded, and propagated this plant, which features a nutritious bulbed root, and the plant floods recently burned prairies. See this excellent blog post to learn more about camas as a food crop. 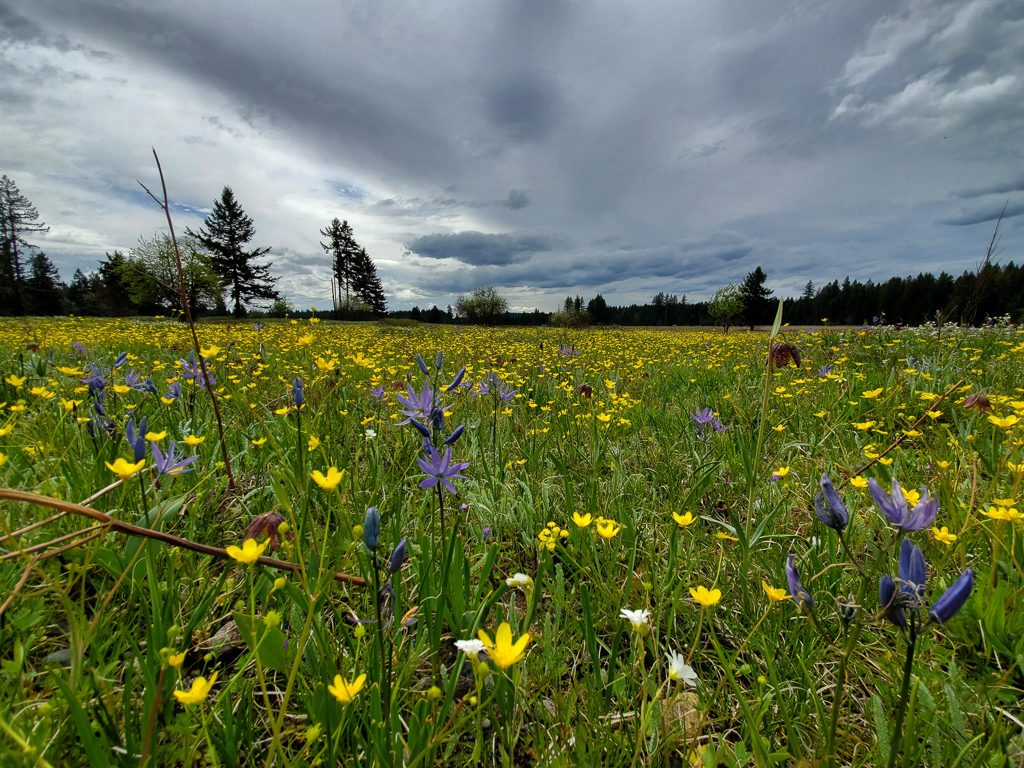 Prairie in early spring, with many camas blooms following a fall burn, photo by Samantha Bussan

If you want to encourage camas to be dominant on a prairie, you can light a flower, which clears the ground of tree seedlings, reduces shrub density, and removes thatch, or layers of dried grass, as well as typically leading to decrease in invasive species cover. The benefits of fire on the South Sound prairies can best be seen the following spring with the spring bloom of wildflowers. In addition to camas, other native flowers produce many more blooms in the areas following the burns such as the Lomatium sp. below. 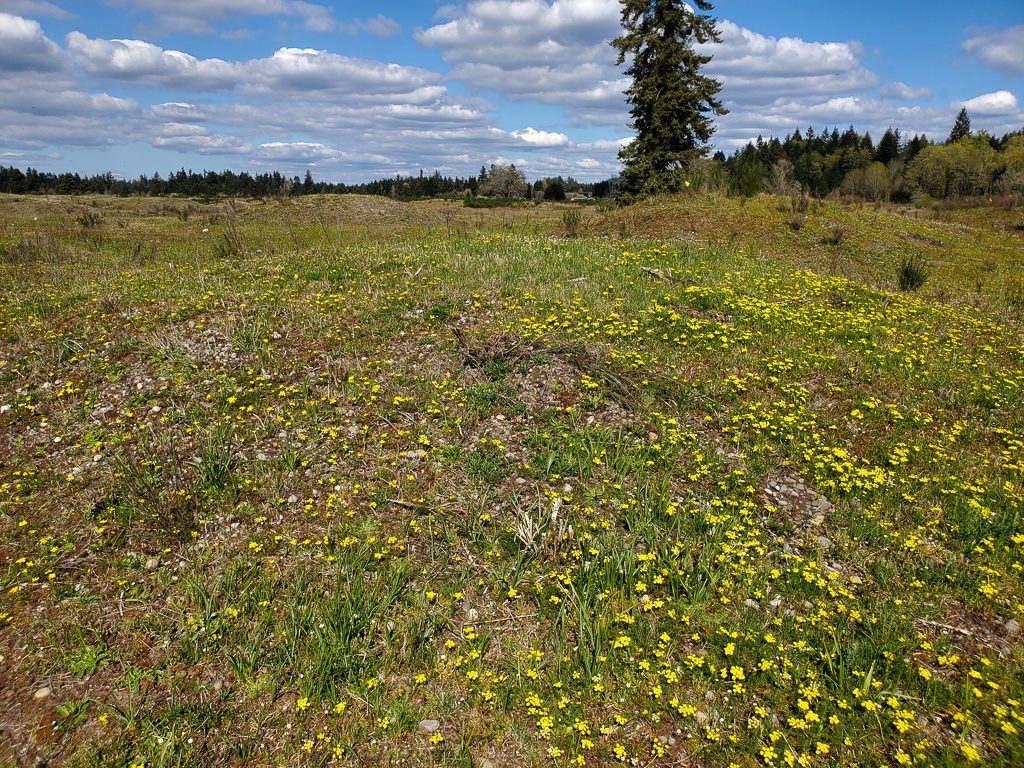 Today we burn in fall because this is when the fire can burn hottest, due to the plants being dry, which is thought to kill the seeds and roots of invasive plant species, which are usually not adapted to fire. Management goals for South Sound prairie prescribed fire today include killing Scotchbroom (Cytisus scoparius) plants, which has a clear tendency to exclude other native plants, and turn grasslands into monocultures of Scotchbroom. Another goal is to decrease the invasive grass cover. How can you tell without identifying grass? Many native South Sound prairie grasses are bunchgrass, which means they form hummocks or clumps and do not create lawns. 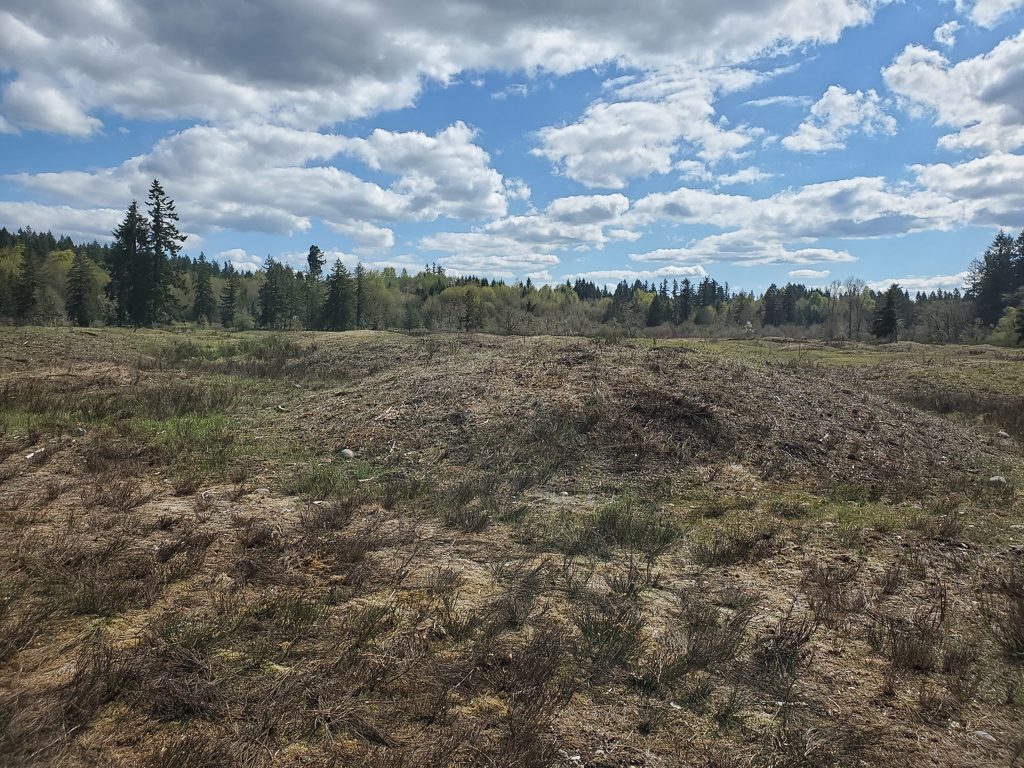 Scotch broom that was mowed and burned in the fall (picture taken in the early spring). This area was covered in Collinsia sp. blooms a few weeks later. Photo by Samantha Bussan

Today, those who manage lands are often interested in supporting an ecosystem that is not dominated by invasive species, recognizing that it is impossible to remove them completely, and/or supporting specific native wildlife. Promoting specific wildlife is common amongst land management today, in part due to the Endangered Species Act and other conservation laws or interests. South Sound prairies are burned in combination with other management techniques to maintain quality habitat for some of the unique butterflies such as: Puget blues, Taylor’s checkerspots, Valley silverspot, and mardon skipper. There are many species that live in these prairies and now we want to preserve them, and ensure that these ecosystems do not disappear. Learn more by checking out our other posts! 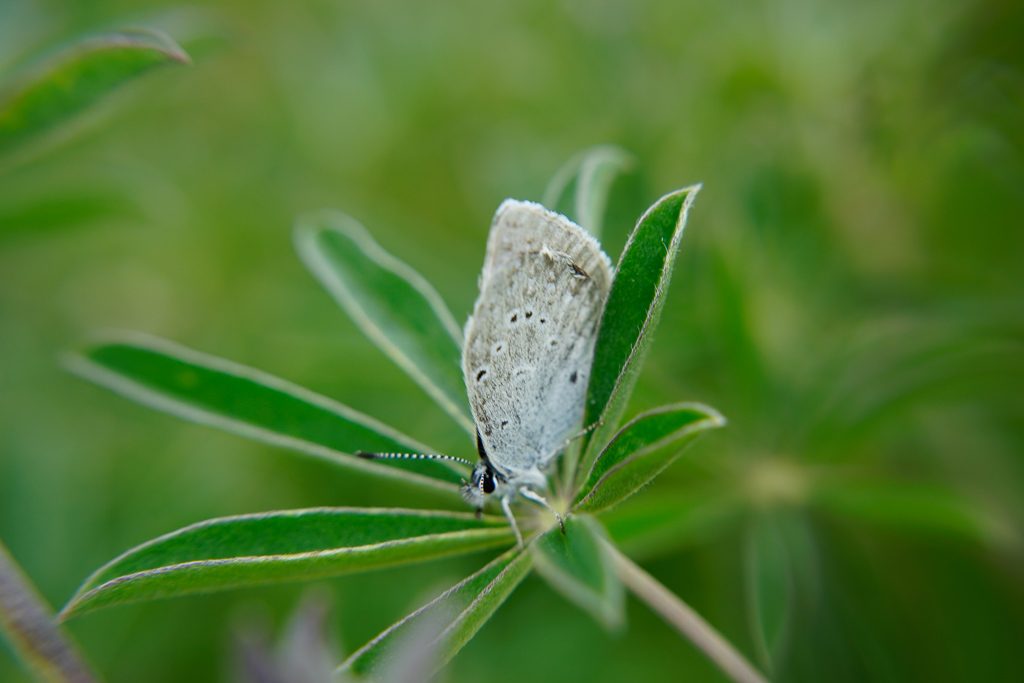