Shotwell’s Landing has begun the colorful flourish of flowers once again, Post and photos by Forrest Edelman.

Forrest Edelman manages the the Shotwell’s Landing Facility for the Center for Natural Lands Management.

Shotwell’s Landing is a site that grows bulbs and seeds, as a part of the Nursery Program in the Center for Natural Lands Management. It is also the primary processing site for the harvested seed, collected from farm or field sites.

This year I noticed a detail in the shooting star genus Primula (Formerly Dodecatheon). This is that the red line on the yellow collar of the flower is different between the two species we grow. For Primula hendersonii the line is broad and of a crimson color. 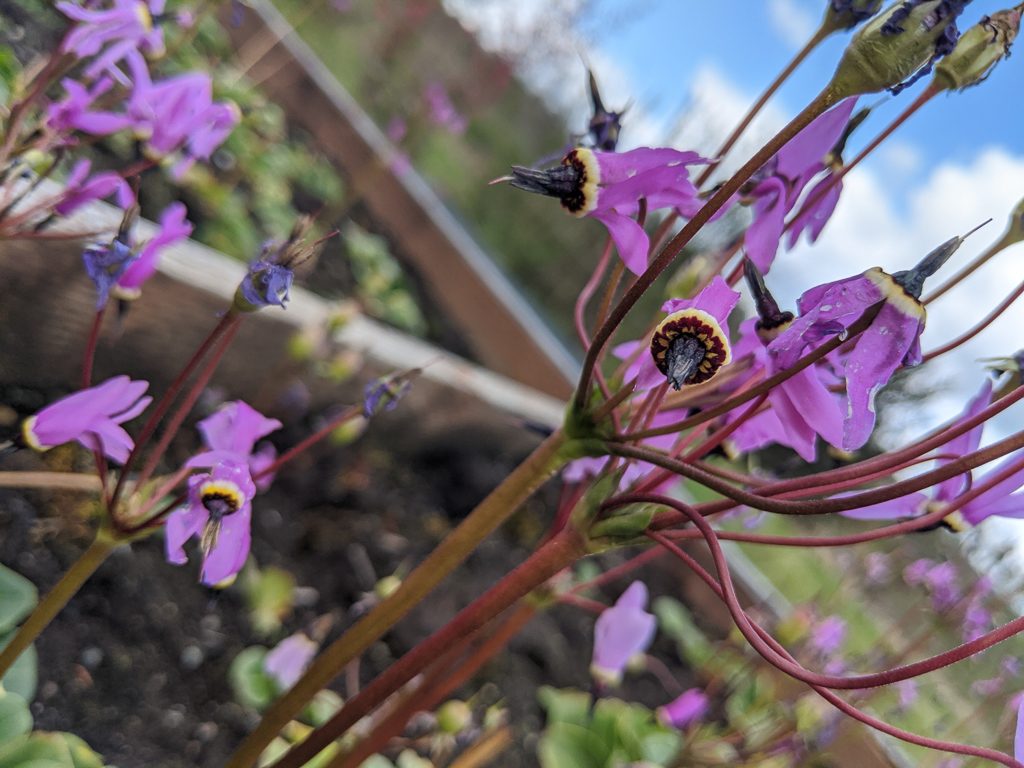 While for Primula pulchellum the line is fine and bright red. 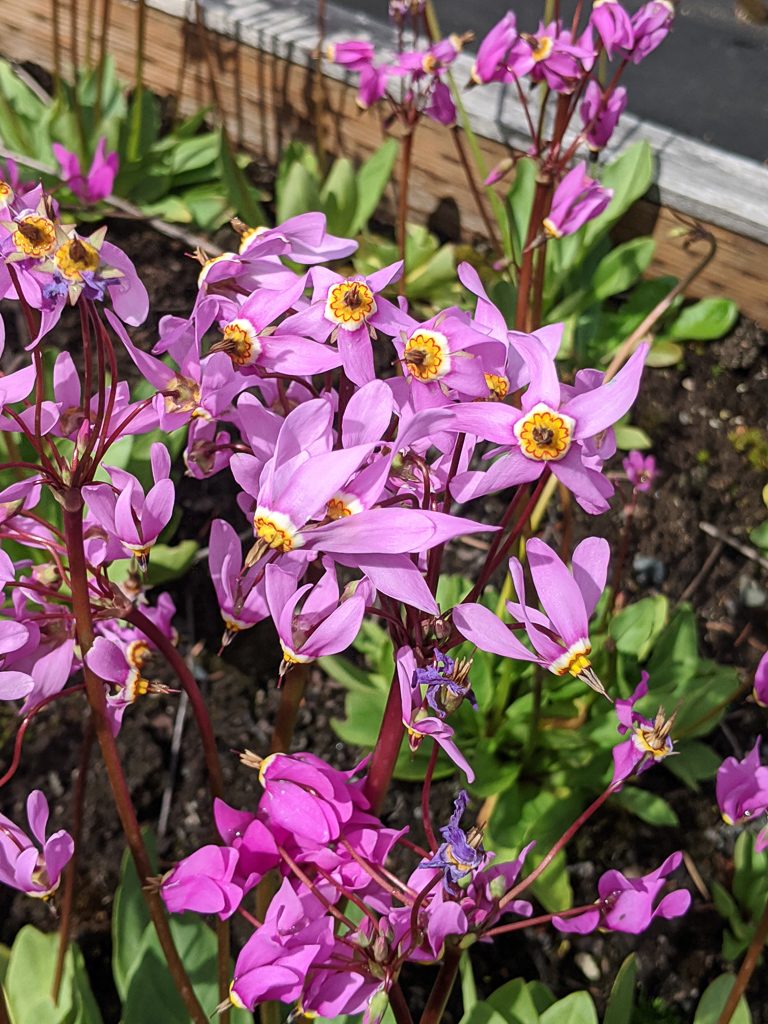 Two regions of Plectritis congesta spp. congesta are being grown at Shotwell’s Landing this year and each have distinctive shades of pink. Otherwise known as Sea Blush, the South Sound Prairies region has a full pink color when compared to the Lower Olympics region which looks relatively pale. 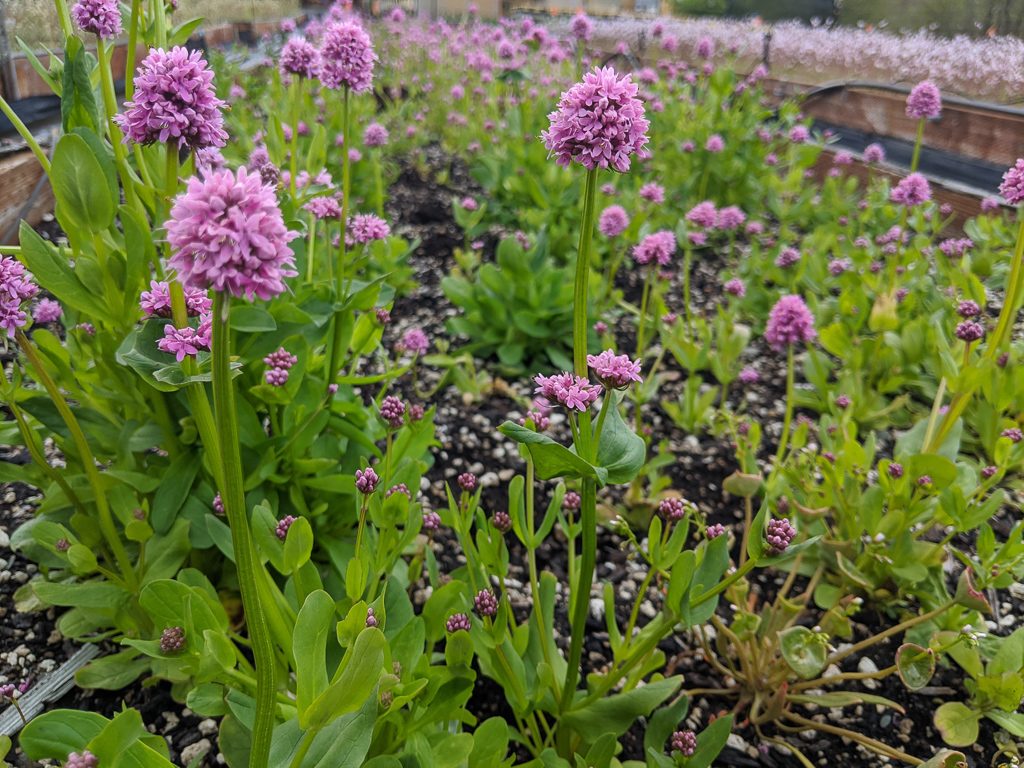 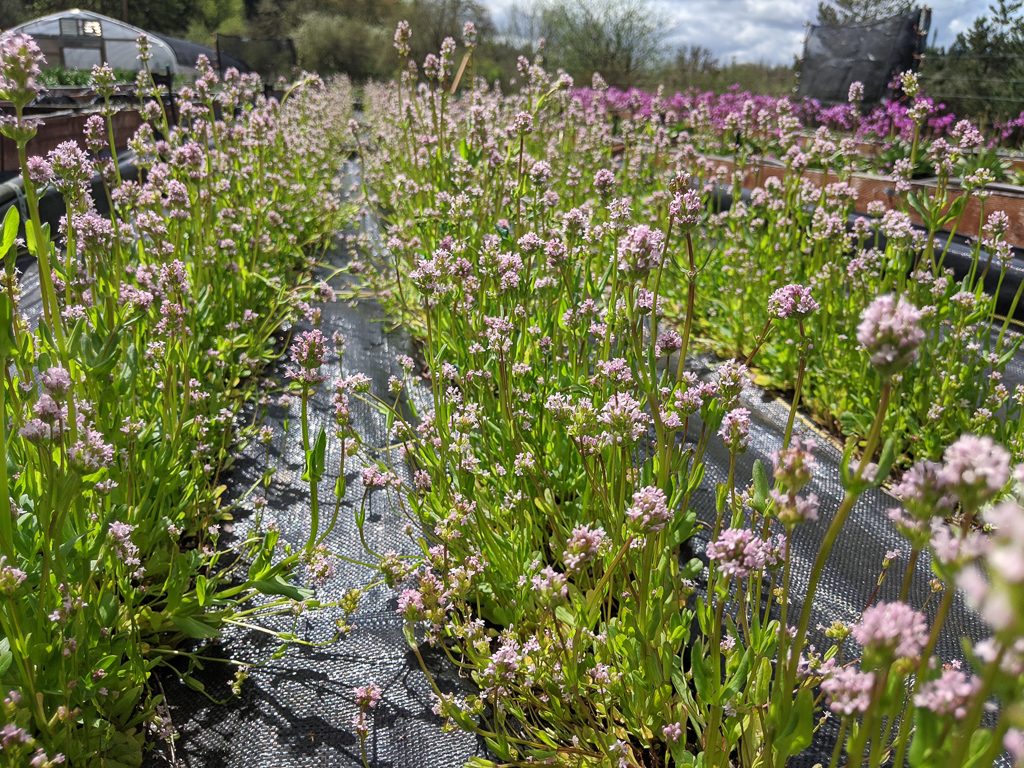 The Violet Trial is blooming nicely; the picture does not contain the sweet smell like there was when taking that photo. 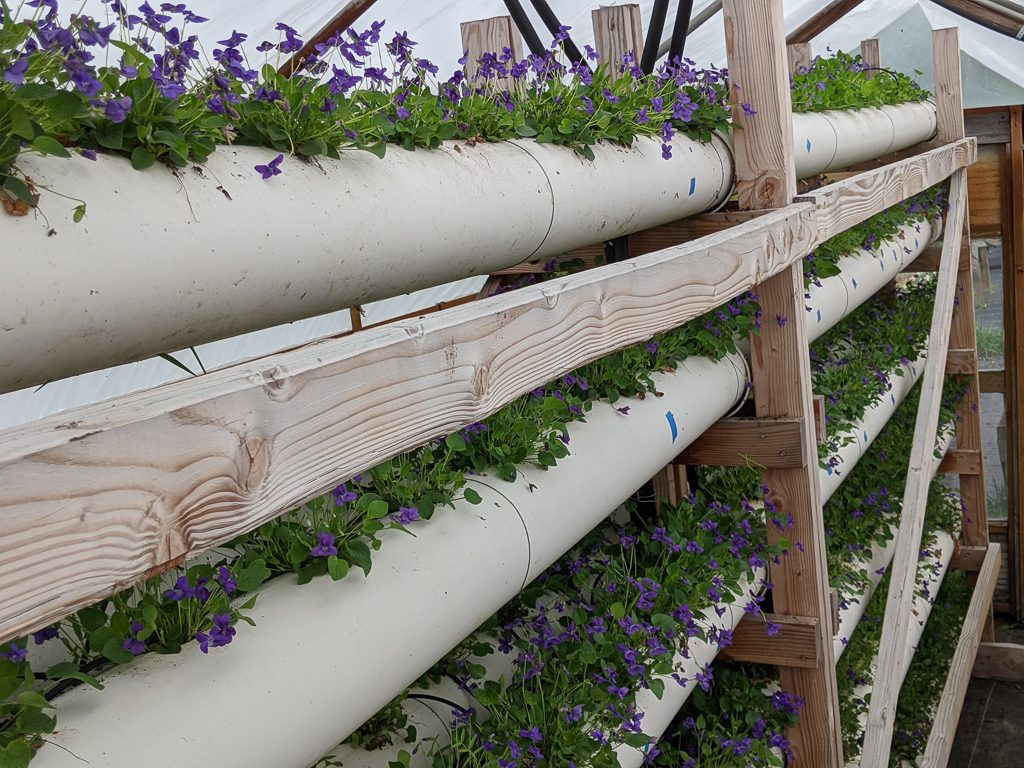 Deer fencing has been completed, which is a relief. I’ve tried explaining the importance of the endeavors here to the deer but I’m glad to see that predation averted, and for full flower beds to bloom fully. 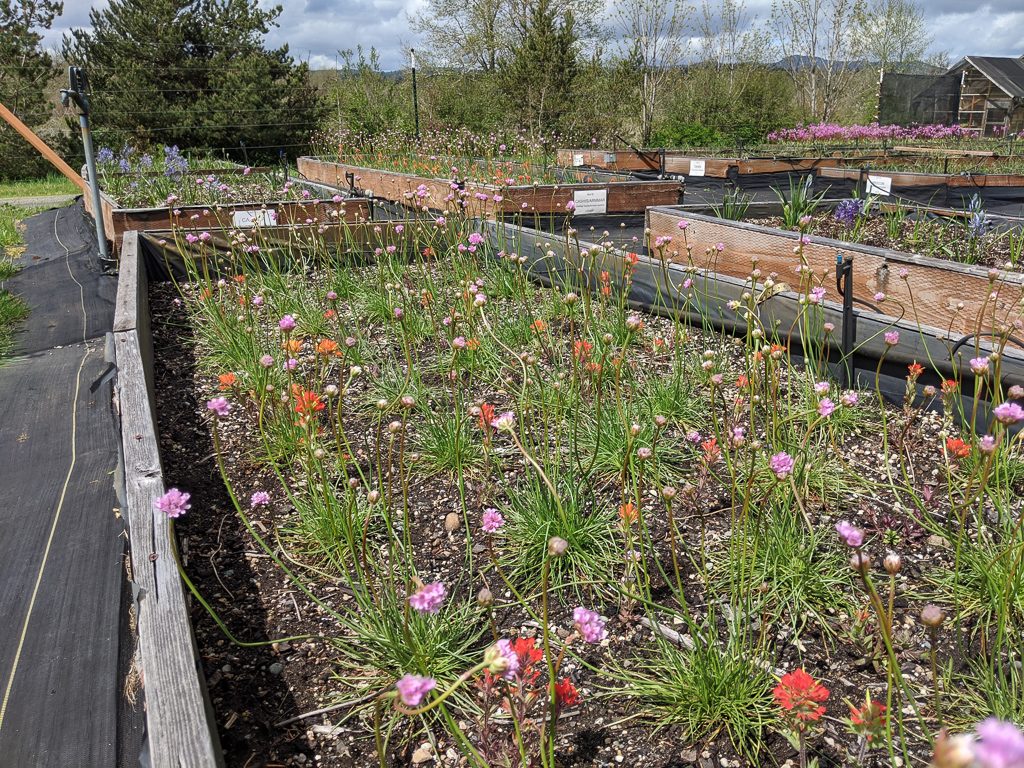 The Four Flowers bed, see above for species, photo by Forrest Edelman.

Looking forward to many more forms of flashy foliage in the coming months. Here’s a sampling of the species being grown: 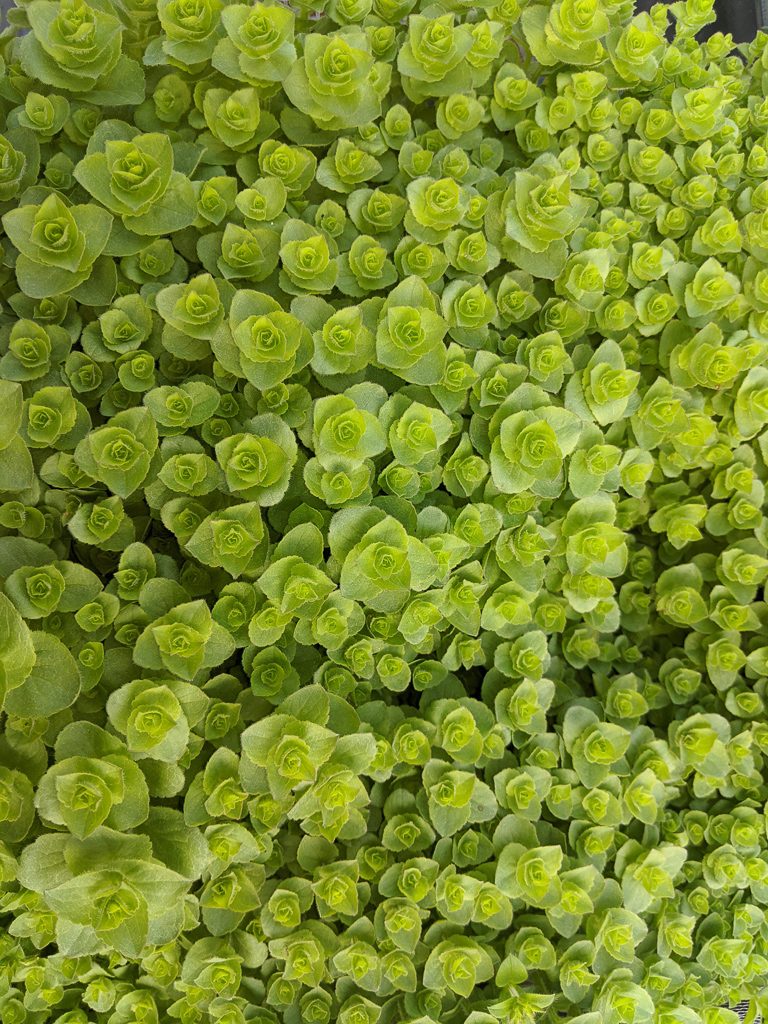 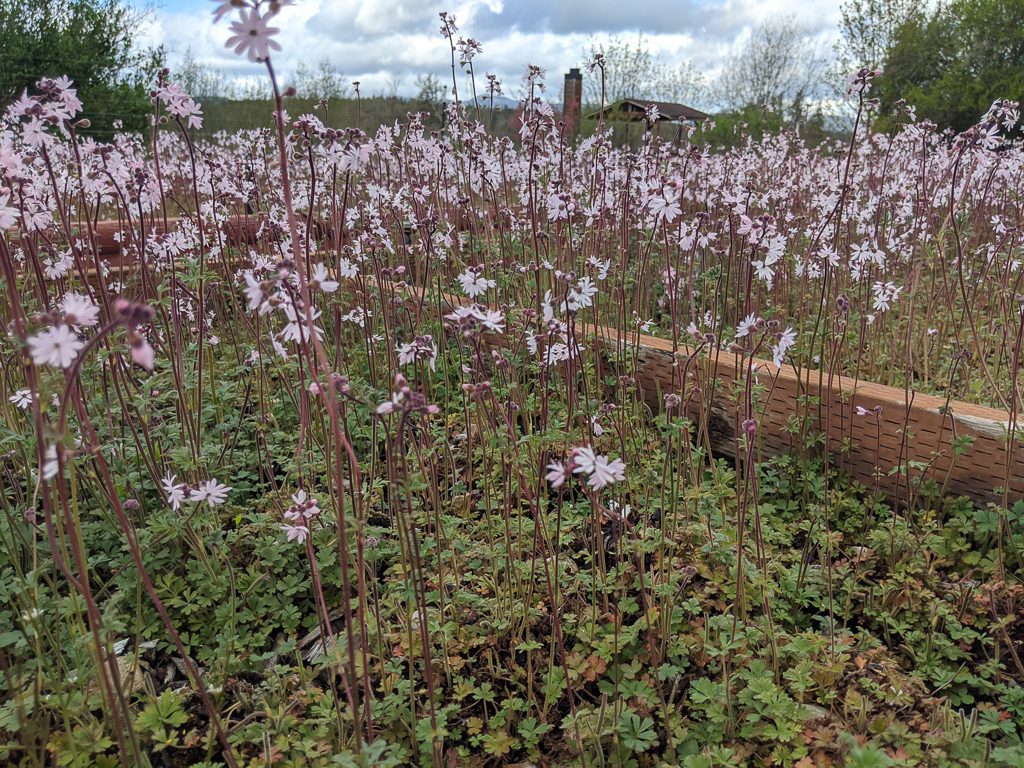 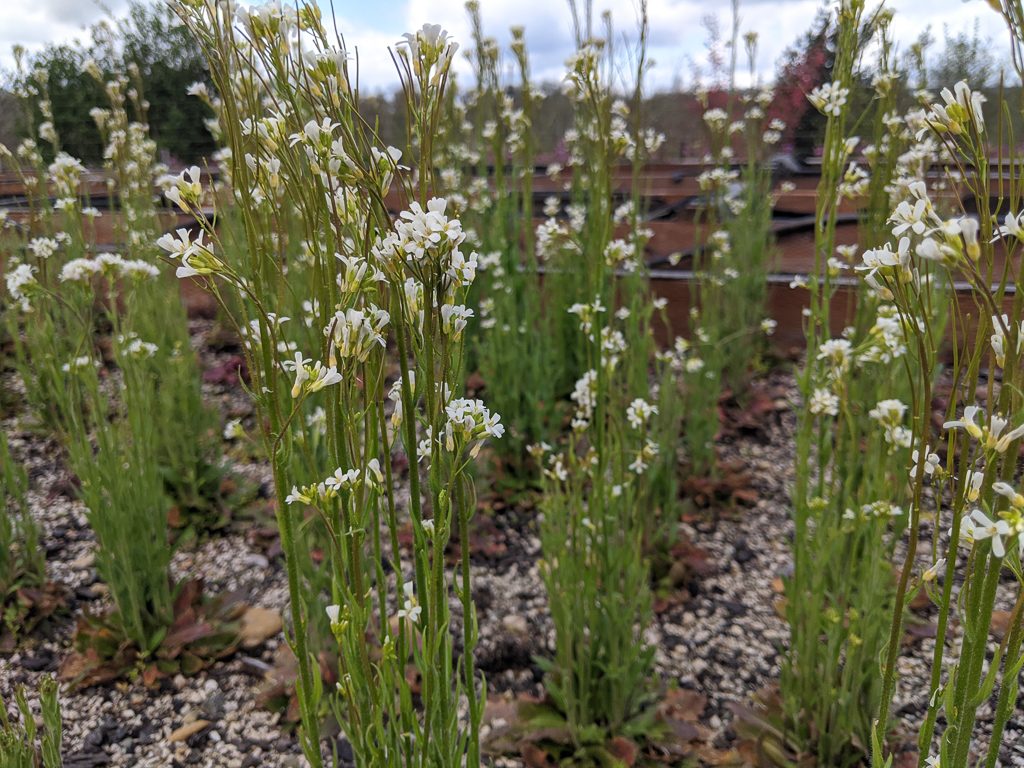 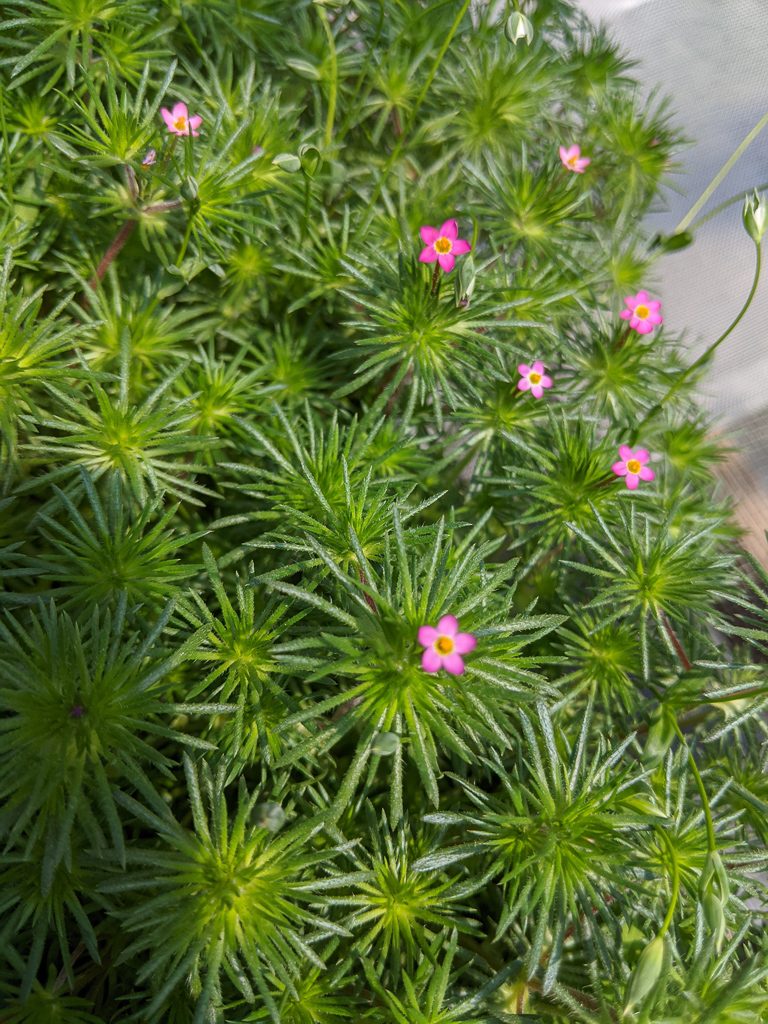 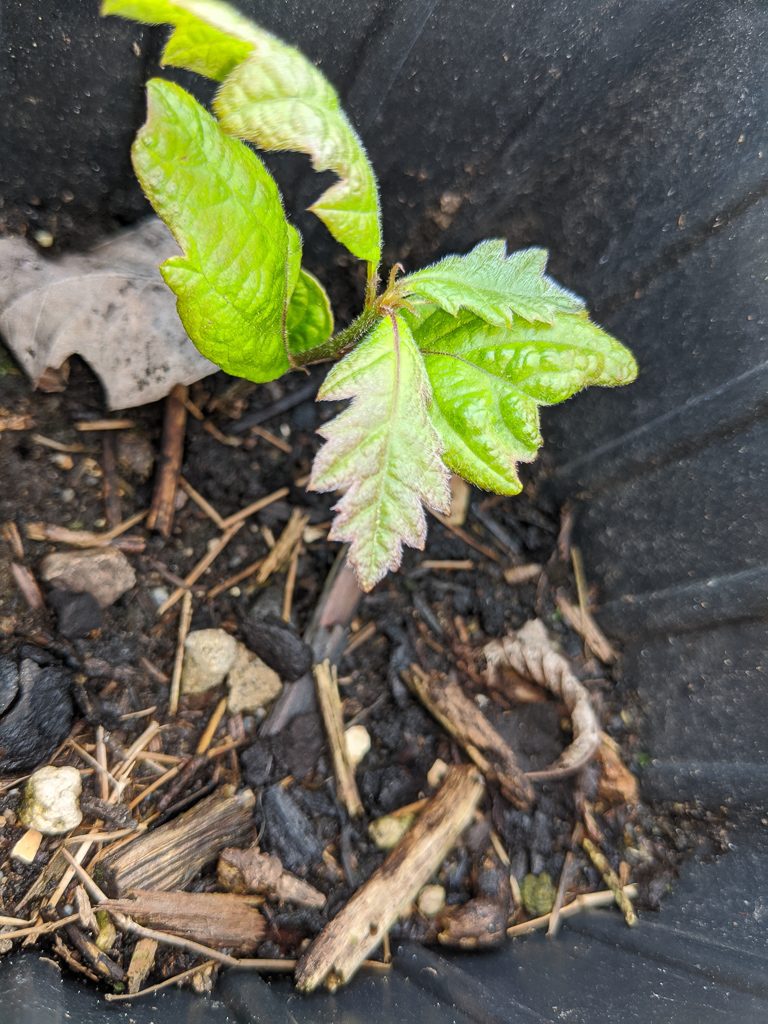