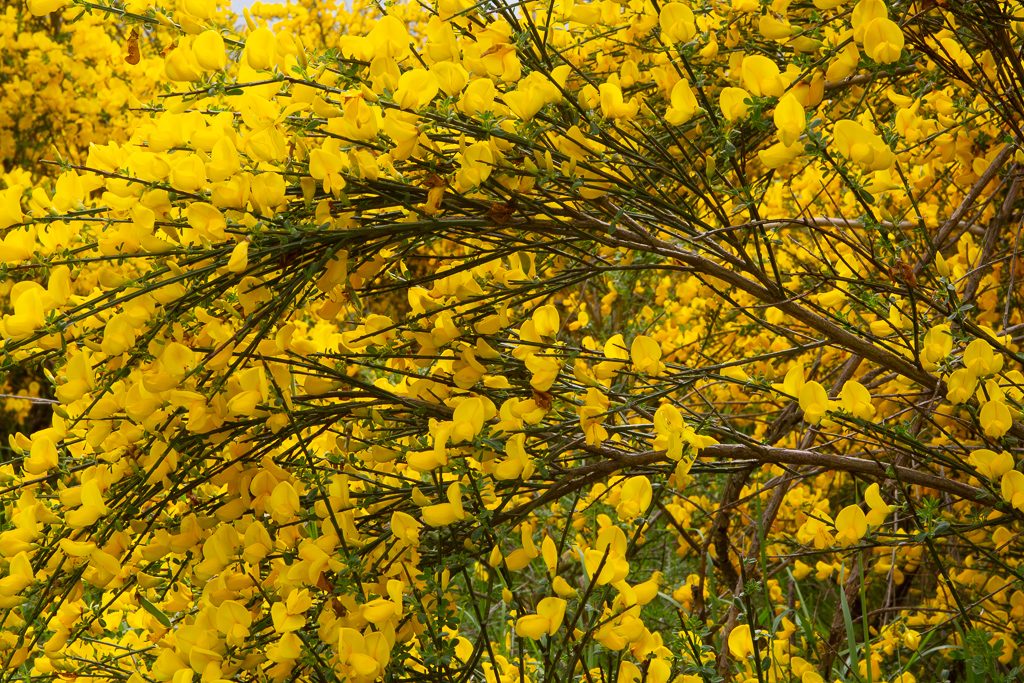 Scotch Broom in Bloom at a local “conservation” set aside for development. Photo by Dennis Plank

Such a worthy opponent bears addressing more than once, just as it often needs pulling more than once. Today we have a pair of posts. The first, included below, is an announcement for an on-line symposium on control of this species, forwarded by Gail Trotter, who knows everything that’s going on. The second is a humorous song lyric on pulling it from Ivy Clark. Ivy’s still looking for someone to sing it and do the music video. If you’re willing, drop us a line and we’ll put you in touch.

Scotch broom is one of the most costly invasive species in the Pacific Northwest, with an annual potential impact of $143 million. This symposium will share information between natural resource managers and researchers, bringing new and best practices to a wide audience. The symposium will be held on three consecutive days, June 2 through June 4. For more information about each session, go to https://invasivespecies.wa.gov/event/scotch-broom-2020/

If you go to their Home Page, you’ll also see that they’re doing a Scotch Broom Census this month, so you still have a week to report your sightings of this plant.