Bluebird Recovery on the Prairies

Bluebird Recovery on the Prairies, Post by Karla Kelly, photos by various.

Karla is an avian field technician AmeriCorps with the Center for Natural Lands Management currently in her second field season of monitoring Western bluebirds and Oregon vesper sparrows. She attended The Evergreen State College and earned her Bachelor’s of Science degree in 2017. She is looking forward to graduate school in the near future and is working to build a career in avian research and conservation.

Bluebird Recovery on the Prairies, Post by Karla Kelly

The Western bluebird (Sialia mexicana) is a charismatic blue and rust-colored thrush that is considered a Species of Greatest Conservation Need (SGCN) in prairie and oak habitat in western Washington. It is also a conservation focus of the Avian Conservation Program at Center for Natural Lands Management (CNLM). Volunteers monitor bluebirds on CNLM preserves and other conservation lands in the South Sound region as part of a large-scale effort to increase their numbers and distribution. 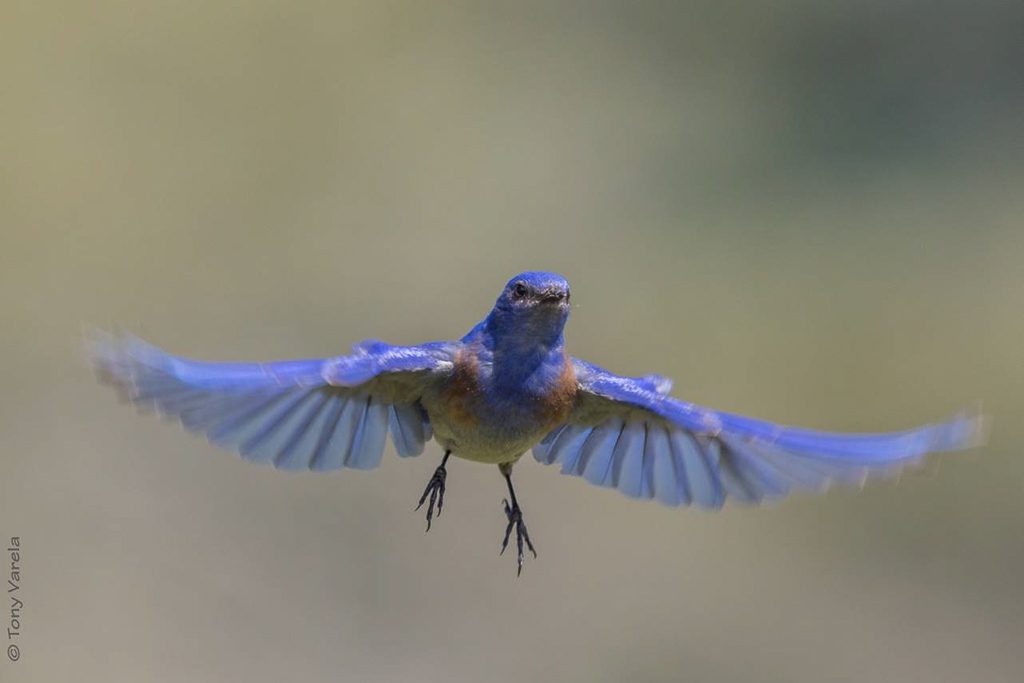 Formerly common in open prairie and oak habitats, the species disappeared from much of their range, including mainland and island habitats north of Tacoma and the Olympic peninsula. Bluebirds are cavity nesters and historically built their nests in hollowed-out spaces in trees. Today, they mostly rely on artificial cavities. By building wooden nest boxes and strategically placing them on trees in prairies around the South Sound, we can compensate for the loss of available cavities which was a major factor in their decline. 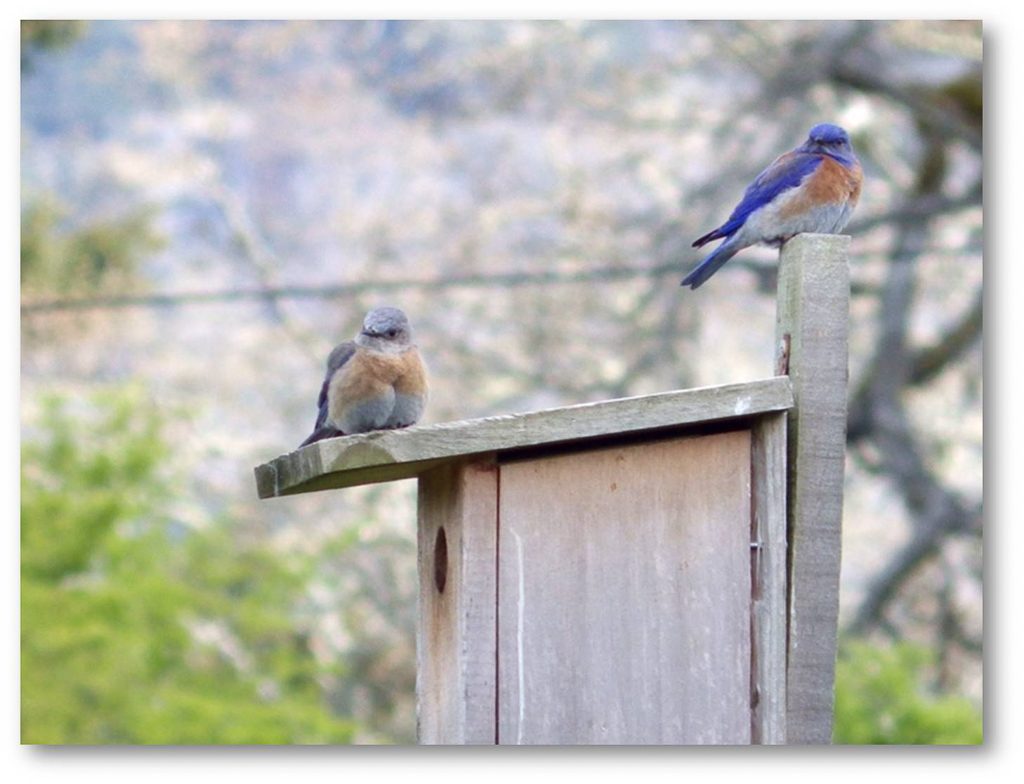 Over the last five years, CNLM and its volunteers have been establishing and monitoring boxes at over six preserves and other conservation lands. In response, bluebirds have occupied new areas and increased their numbers. These conservation efforts in South Sound may also benefit other populations, such as smaller reintroduced populations to the north on San Juan Island and Vancouver Island (Canada). 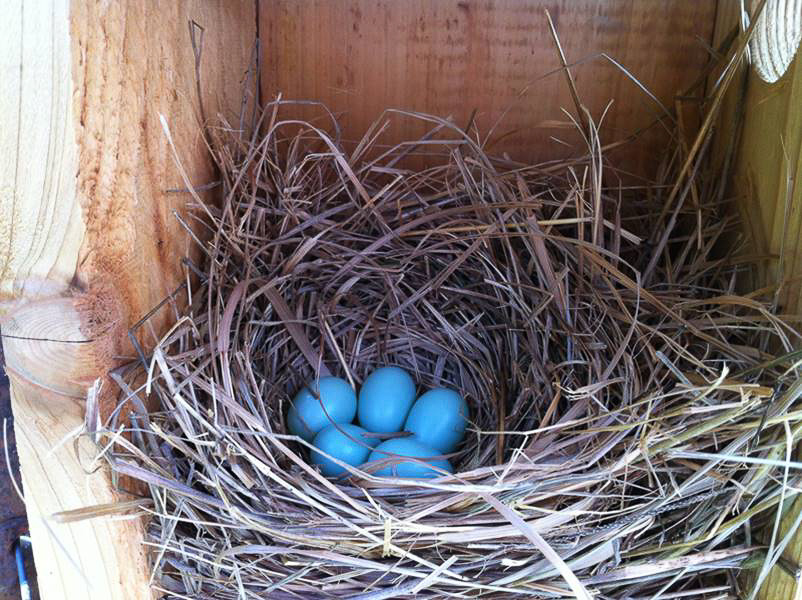 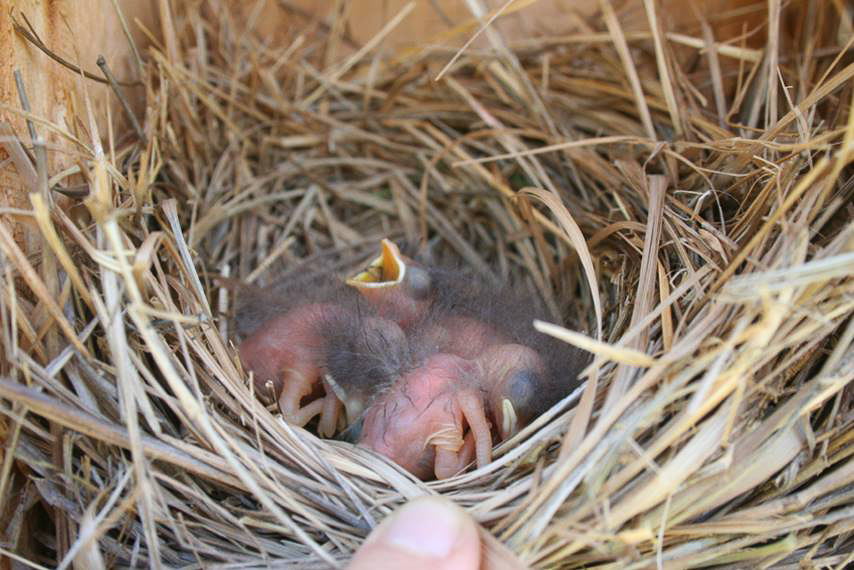 Nestling, Only a Mother Could Love These, unknown photographer

All of the work that we do with bluebirds would not be possible without our dedicated volunteer nest box monitors. Their keen interest and willingness to participate ensure that bluebirds are counted and boxes are maintained, producing positive outcomes for the conservation status of this iconic species in South Sound. 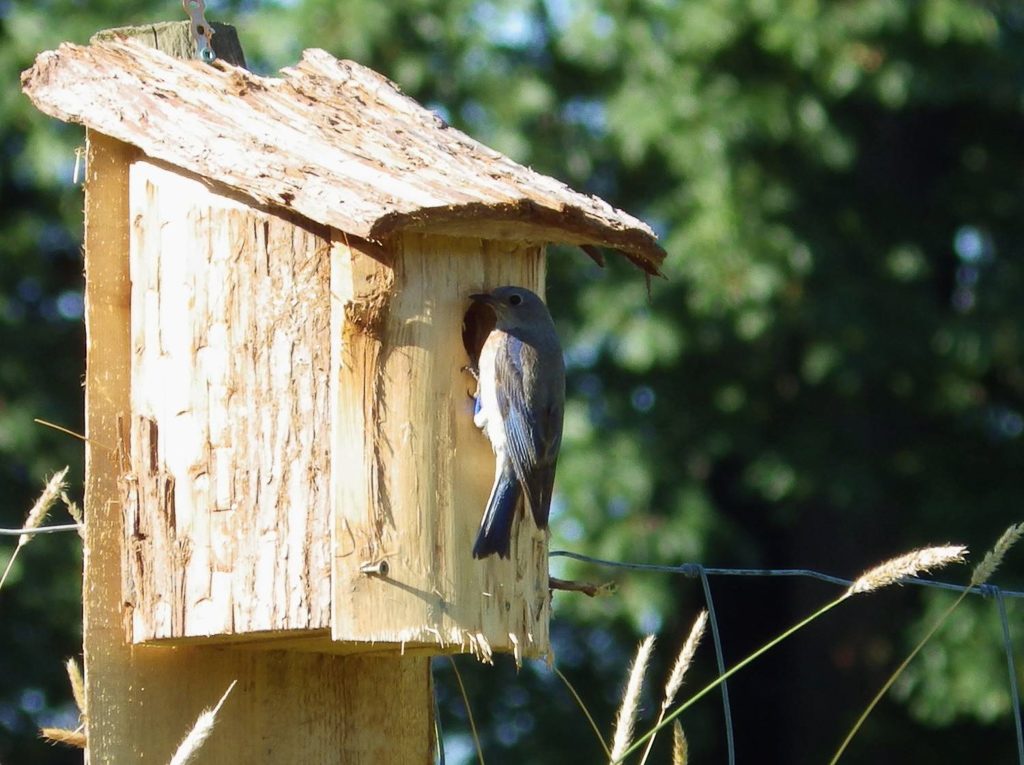