State of the Prairies 2020 as Estimated by One Lowly Land Manager, Blog and Photos by Sanders Freed

Sanders Freed- Thurston County Program Manager for CNLM began working on the South Sound Prairies in 2001 with the Nature Conservancy. Manages the restoration of 18 properties throughout the Puget Trough, with varying ownerships, and more recently a property in the Willamette Valley of Oregon. Reptile, amphibian and bat enthusiast.

It is hard to imagine the loss of our 25th annual Prairie Appreciation Day (PAD) due to a virus that has resulted in a step away from nature and into our homes. Each and every year, the prairies of the South Sound and the Willamette Valley offer us a renewed flush of fertility and showmanship- just begging to be seen and enjoyed- or eaten if you are an elk on Glacial Heritage Preserve. I can recall sending photos and declaring it the year of a different species annually- while 2020 is arguably the year of the paintbrush. 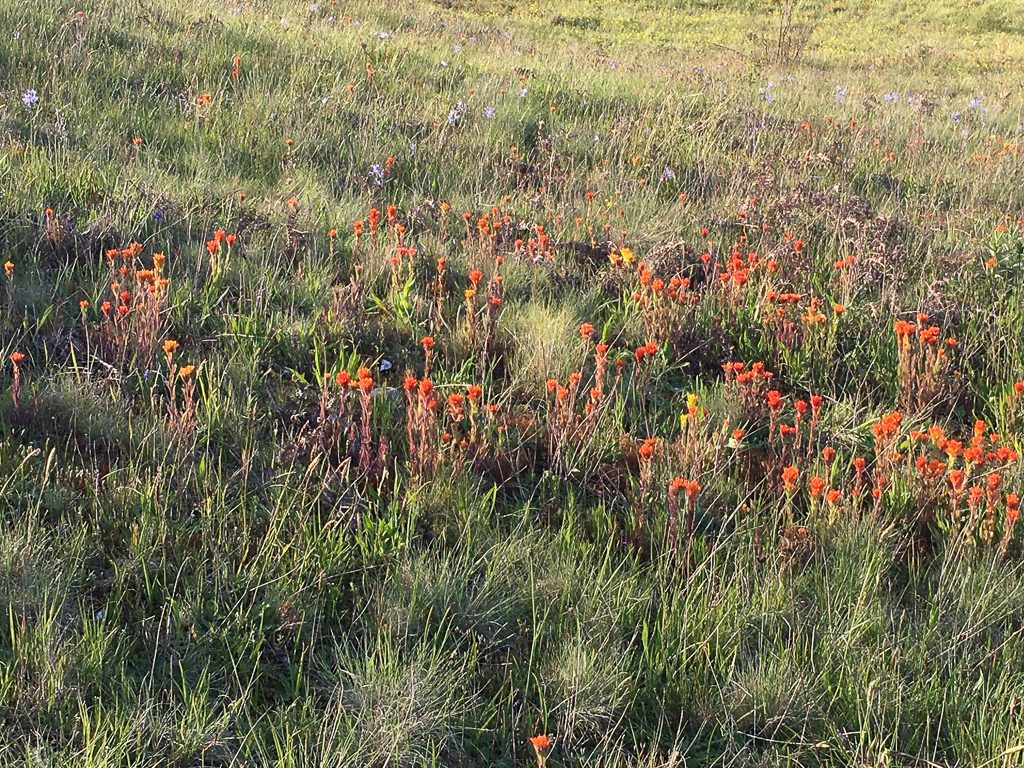 The job I agreed to complete as the manager of these systems was to restore them to their greatest grandeur, so that all species that ‘historically’ inhabited them can once again do so. Generally our focus lands on the Taylor’s checkerspot butterfly, who requires high quality prairie to persist- with abundant native flower diversity for both host and nectar, and limited to no non-native, invasive species. With habitat restored to this bar, the other prairie species are presumed to be able to persist as well. 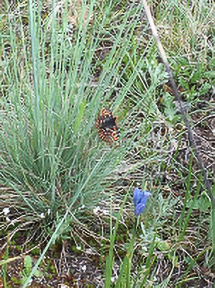 Taylor’s Checkerspot at the Tenalquot Preserve. Photo by sanders Freed

Over my last twenty years, our battle has waged to remove invasive species- Scotch broom, tall-oat grass and a dozen noxious weeds- so that our less competitive native species have a chance to flourish. Our war has used many weapons- fire, manpower, chemicals and mechanical means. And with a robust toolbox, we have been successful at eliminating Scotch broom from several sites, and have a method that has proven successful. It has taken many years and all of the tools available to accomplish this behemoth task, not to mention a lot of stubborn individuals. Removing these invaders, including Douglas-fir, has allowed the return of native species through another immense undertaking- seed production. Our early attempts revolved around planting plugs, with limited survival and success. The game has changed with development of a nursery and seed production- replenishing the seeds of species long gone from once homogeneous Scotch broom forests. With our toolbox of invasive control methods, the reintroduction of fire has also improved the success of seeding, providing the perfect conditions for seed/soil contact. With our ever-improving restoration abilities, prairie quality is increasing at remarkable rates, with natural recruitment of native species. We have even begun to attempt transforming homogenized industrial agriculture sites back to native prairie- with some success and constant learning. Species evolved in these systems respond readily. 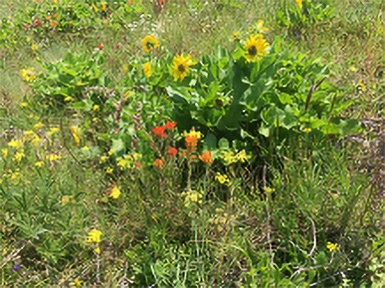 Balsamroot and other Forbs at Glacial Heritage Preserve. Photo by Sanders Freed

The reintroduction of prairie forbs to sites once dominated by non-native grasses are readily colonized by the Mazama Pocket Gopher. Our restoration efforts have also resulted in the introduction of the Taylor’s checkerspot butterfly to several sites, with varying success. A recent reintroduction has begun at Tenalquot Prairie Preserve, a property obtained in 2005. This property underwent the typical restoration process- remove invasive species- repeat- introduce native species – repeat. Do these things enough with dedication and perseverance- they become ready to be called home once again to species that need them. There are always challenges, each year new problems are addressed and learning begins anew. An annual fescue is currently giving the conservation community trouble. A nasty little clover also lurks about. And Scotch broom annually tries to regain its’ foothold as the dominant prairie species, which it would quickly do without the commitment of so many to beat it back.

So as a whole, based on my limited knowledge, the prairies are doing better than when I began in 2001. There are more protected sites. More populations of listed species are established on protected sites. There are mechanisms being put in place to protect our remaining prairies- including the Tumwater and Thurston County HCP’s. We are developing methods to build prairie from scratch on agricultural lands. We are working with the grazing community to increase compatibility between conservation and grazing. And we are constantly learning, adapting and appreciating our prairies. 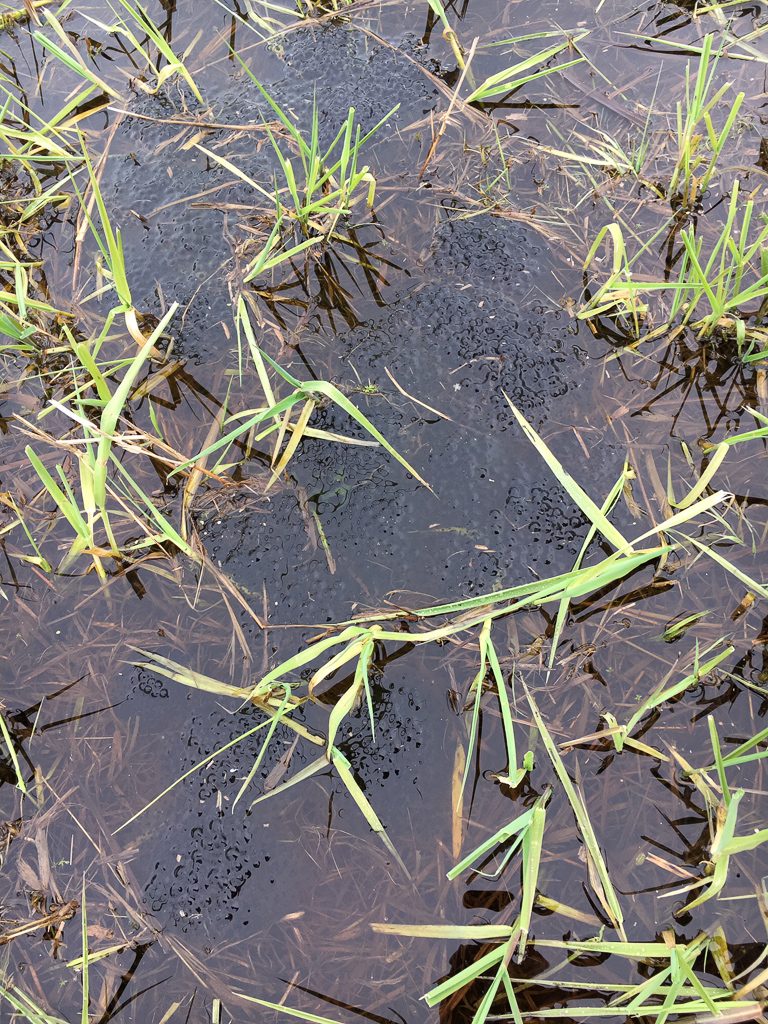 My optimism is balanced by my pessimism. The prairies of the South Sound are fragile. They persist on the edge, between succession and active management. They were maintained by regular burning by indigenous people. They will require continual management to persist in perpetuity. They are under threat by development, agricultural conversion, succession, a horde of invasive species, climate change and the whims of politics and culture. They need our help. They need it more now than ever- a spring without broom pulling from our dedicated volunteers has strained my ability to manage these gems. Hopefully a spring without the prairie will inspire people to value it more.