When I first started birding on South Sound prairies, I didn’t think I’d be seeing very many species. It seemed that like a suburban lawn, there wouldn’t be much habitat diversity to attract lots of species. I was wrong. The recent listing on the e-Bird database shows a total of 124 species recorded at Glacial Heritage Preserve over recent years. To help better appreciate birds in the prairies I offer the following observations.

Habitats at Glacial Heritage Preserve – There are five main habitats on the preserve: the prairie itself is an expanse of grass and forbs (wildflowers), with a few scattered large trees. Bordering the prairie is a conifer forest with douglas-fir as the primary tree species. Also scattered in the prairie are areas of upland oak forest and a riparian oak forest with Oregon white oak as its primary species runs along the Black River, and finally there is the shoreline and channel of the Black River. There is also an old gravel pit along the northwest boundary of the preserve which has grown up to alder which while not a part of the preserve, does influence its bird life. 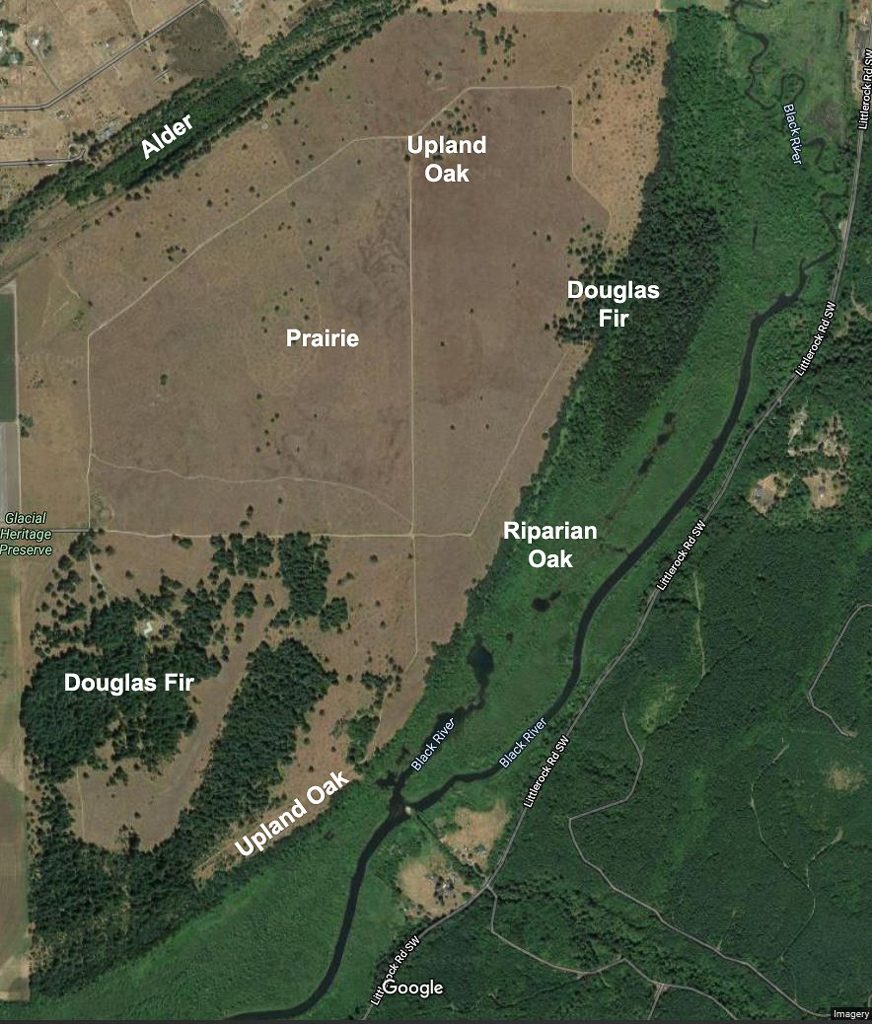 Satellite view of the Glacial Heritage Preserve from Google Maps

Bird migrants coming and going – The month of May is a time when many migrant birds have arrived from points south and others, who spent the winter here, have left for points north or the mountains. Arrivals include purple martins, savanna sparrows, chipping sparrows, western tanagers, Swainson’s thrush, black headed grosbeaks, flycatchers, vireos, warblers, and osprey. Winter visitors have moved north to nest including golden crowned and ruby crowned kinglets, varied thrushes, and fox and golden crowned sparrows. A group of species that remain in the winter include bluebirds, Meadowlarks, ravens and resident hawks including kestrels, Harriers, red tailed and eagles. 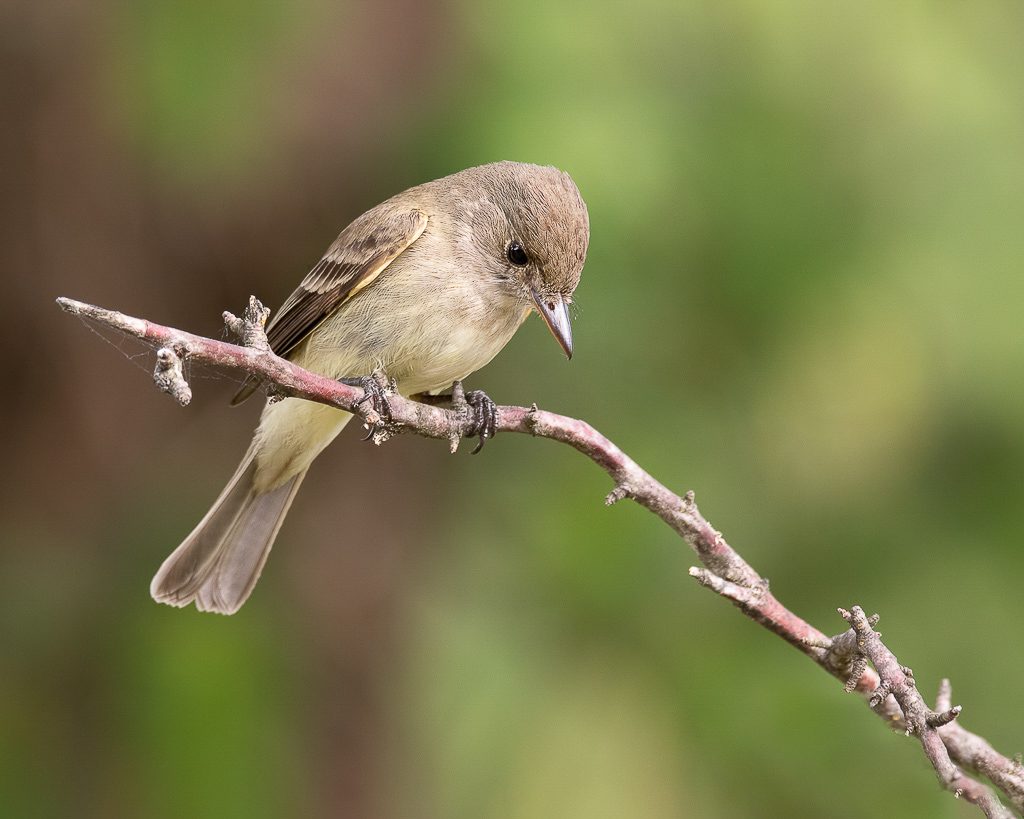 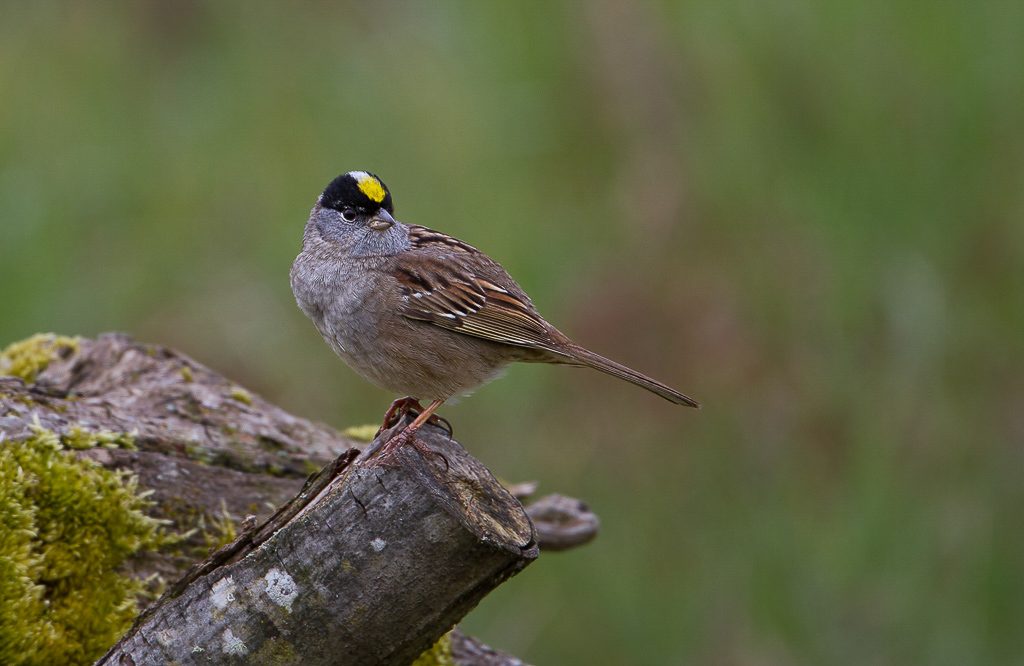 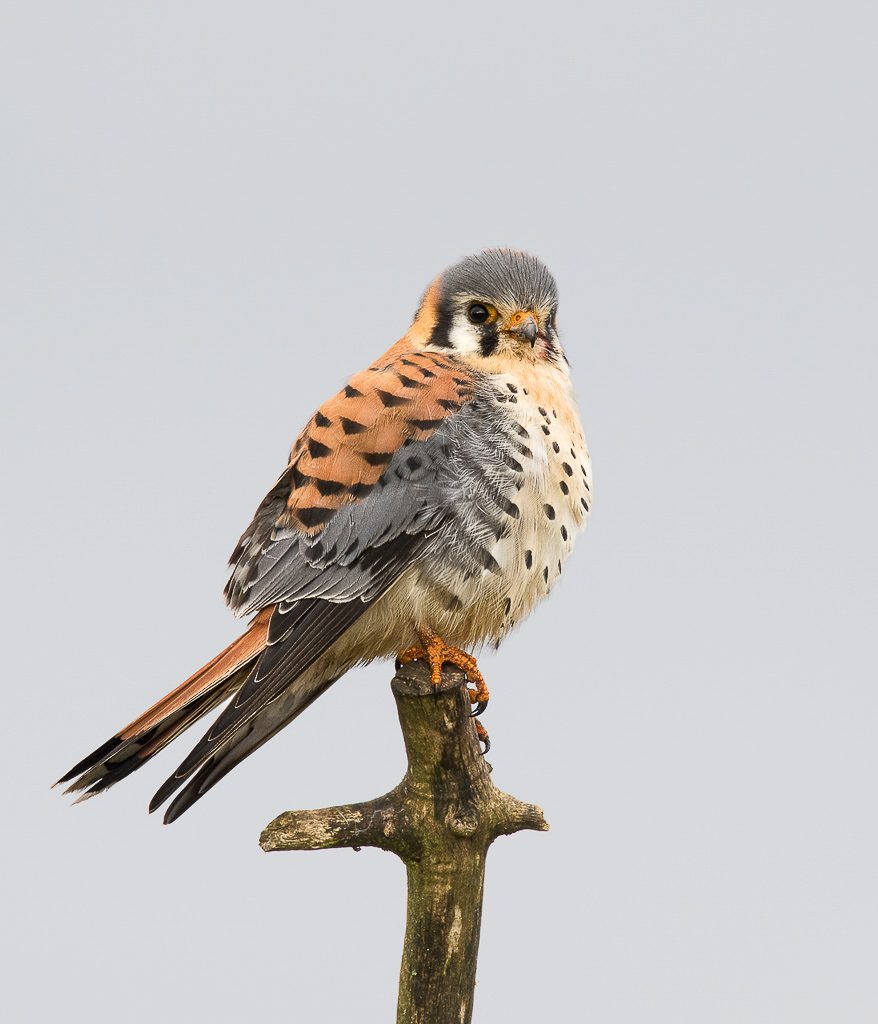 American Kestrel, a year round resident. Photograph by Dennis Plank

Unusual birds – Occasionally a few bird species show up or pass through Glacial Heritage. These include sandhill cranes which have passed over or landed briefly during migration; whimbrels, which though normally a shorebird spend some time inland while migrating; northern shrike, a predatory songbird that hunts other songbirds, and some may spend the winter on prairies and other open country; nighthawk, a more common bird in western Washington in the past, which can be seen occasionally; and finally, barn owl, a relatively common owl in open areas, but as with other owls, hard to spot because of nocturnal habits. 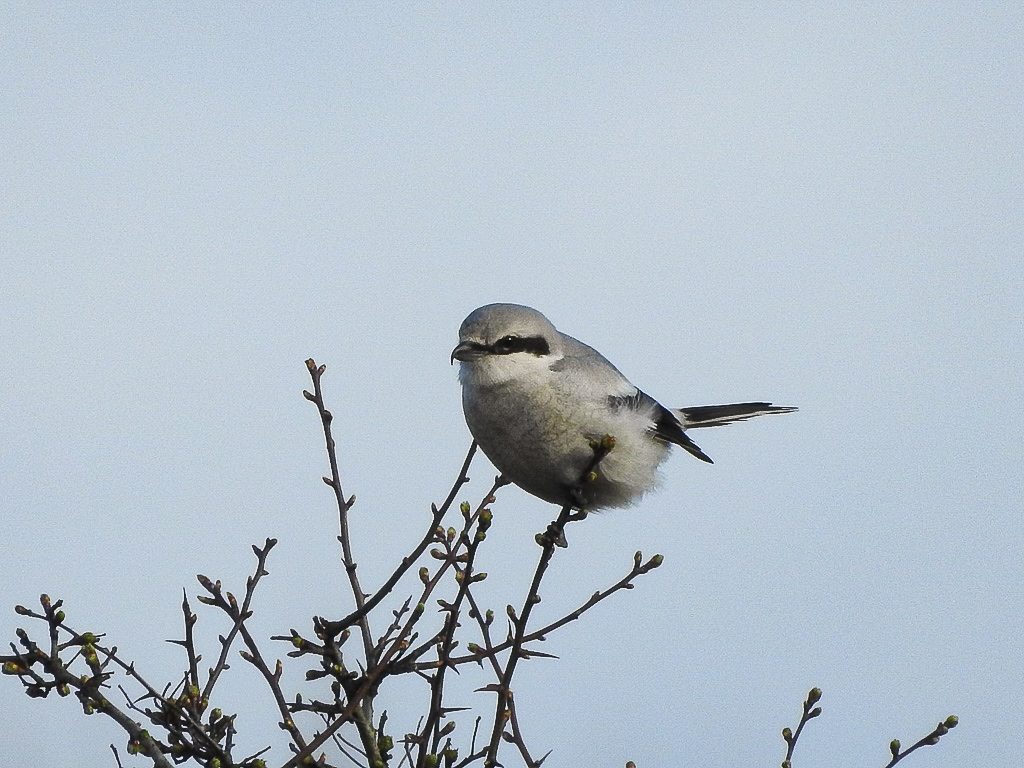 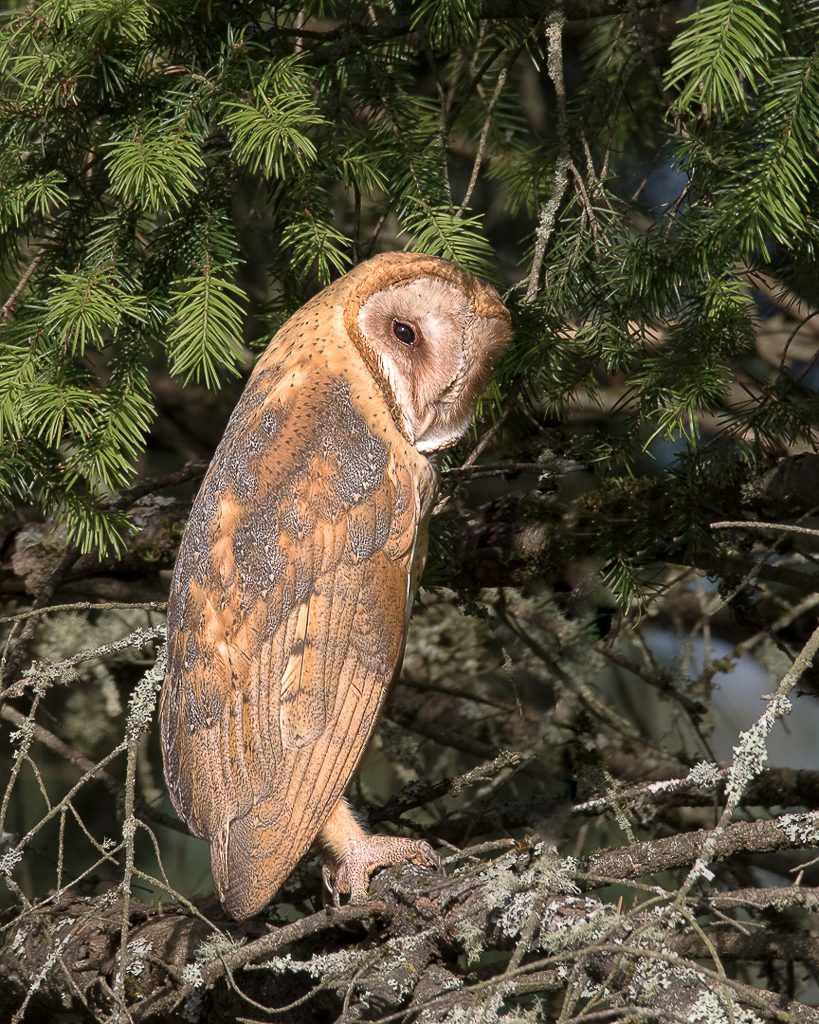 Check the following link to the online eBird app for a full list of species seen at Glacial.